Accessibility links
Can Republicans And Democrats Find True Love Together? : It's All Politics Most dating sites won't pair up people from the two different parties. And for good reason, according to some researchers. Ideology, particularly on social issues, is as strong a predictor of whether couples will make it as religion or drinking habits.

For Democrats And Republicans, It's Happily (N)ever After

For Democrats And Republicans, It's Happily (N)ever After 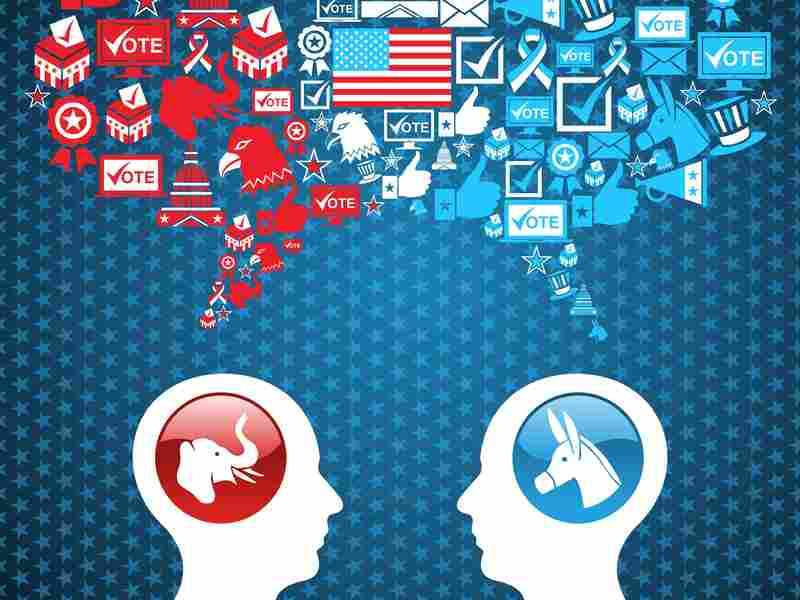 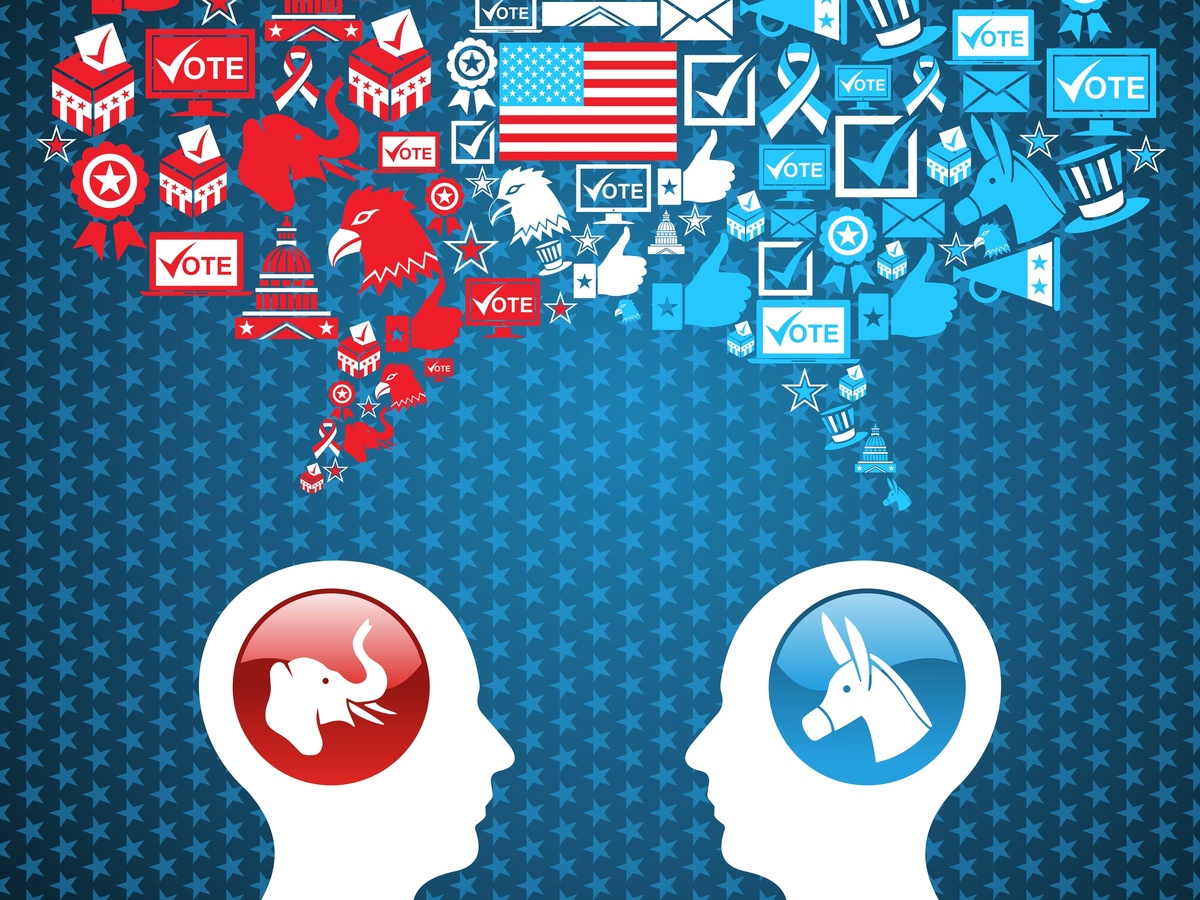 Political discord tends to lead to disharmony in relationships.

Amanda Northrup would never do it again.

She's dated Democrats in the past, but she found their acceptance of abortion heartbreaking and their support of President Obama nearly as off-putting.

"He was going off to celebrate Obama becoming president, and I felt betrayed and like he didn't understand me," recalls Northrup, who is 30 and works in real estate in Chattanooga, Tenn. "I think that's why eventually the two can't be together. It's such a big difference."

Northrup may sound a little judgmental, but she's not alone in her opinion. Most of the major online dating sites won't set up Republicans with Democrats either.

"People who identify very strongly one way or another, they're adamant that they would never date somebody who just doesn't have the same values," says Toni Coleman, a dating counselor in McLean, Va. "They would just clash all the time."

For most people, it's not that partisan loyalty is all that meaningful. It's more that firmly-held positions on issues — particularly social issues such as abortion and gay marriage — are wrapped up tight with their overall worldviews, says Peter Hatemi, a political scientist at Penn State University.

"What tends to happen is people who are politically dissimilar, they just tend not to stay together long enough to get married and have kids," Hatemi says.

The word "tend" is key. There are lots of couples who hold opposing political positions who otherwise get along just fine. Others, who don't have terribly strong feelings one way or another, are willing to go along with their spouse's views in order to get along.

But survey data indicate that on average, political and social attitudes are as strong a predictor of whether two people will get together and stay together as religion or drinking habits, and a stronger predictor than things like personality types.

Political preferences seem to come packaged with a whole set of other kinds of tastes, with liberals and conservatives having separate preferences when it comes to things such as humor, food and even whether they want poetry to rhyme, according to John Hibbing, coauthor of the forthcoming book Predisposed: Liberals, Conservatives and the Biology of Political Difference.

This is not an effect that's limited to the Red and Blue States of America. Researchers in Italy and India have found similar links between ideological leanings and taste in art and mating preferences, says Hibbing, a political scientist at the University of Nebraska.

So it's not just members of Congress who can't get along. A recent Stanford University study found that people are more likely to have hostile feelings toward people of the other party than members of another race. The percentage of parents who say they would disapprove of their children marrying someone from the other party has shot up from 5 percent in 1960 to 40 percent in 2010.

Hatemi, the Penn State political scientist, has written a forthcoming study that indicates political inclinations are deeply rooted — all the way down to the sensory level. Politically like-minded people tend to share preferences in taste, sense of smell and what their eyes are drawn to.

Perhaps you're skeptical about some of these findings. Still, it's understandable that for Northrup there was only one possible happy ending to her dating career.

"Yes, I married a bigger Republican than me," she says. "Compared to him, I'm a liberal."