Accessibility links
How California Is Turning The Rest Of The West Blue : It's All Politics California used to attract millions of newcomers, but now more people are moving away. And they're taking a more progressive strain of politics with them to places like Colorado and Nevada.

How California Is Turning The Rest Of The West Blue

How California Is Turning The Rest Of The West Blue 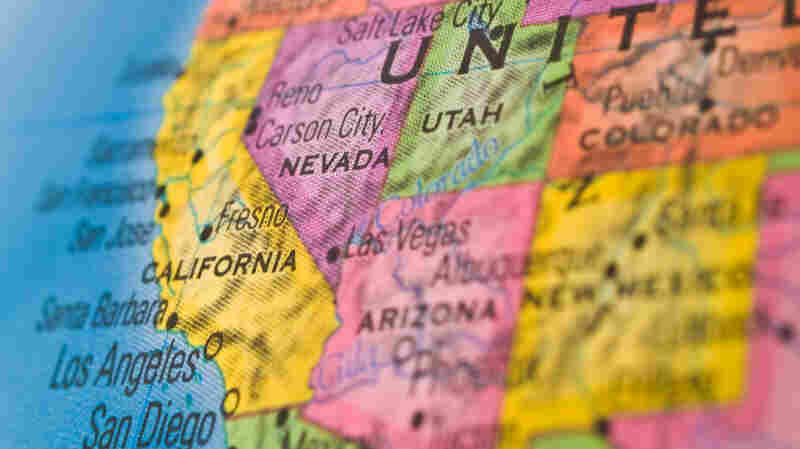 Newcomers from California are helping to shake up the politics in the Mountain West. iStockphoto.com hide caption 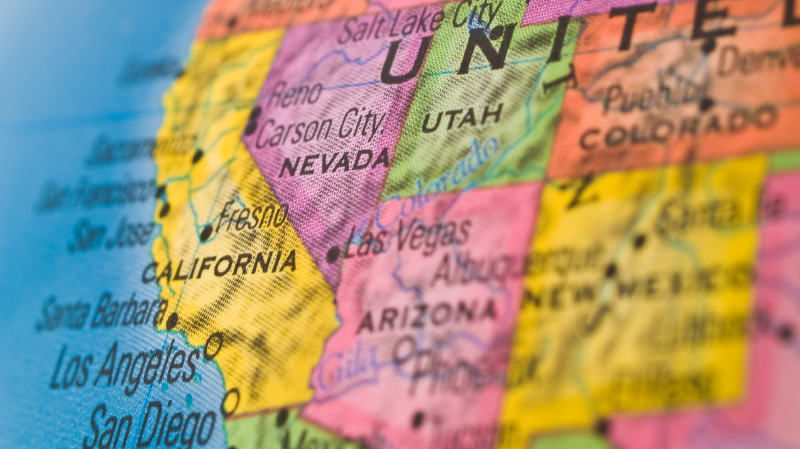 Newcomers from California are helping to shake up the politics in the Mountain West.

Colorado's politics have become positively Californian lately. There are new restrictions on guns. Pot is legal. The legislative agenda featured an expansion of alternative-energy use requirements for rural consumers. Gay couples can now enter into civil unions.

There's a reason for all this.

Lots of Californians have moved to Denver and its environs, bringing a progressive strain of politics with them and angering more conservative parts of the state — so much so that 10 northeastern counties are planning symbolic but serious votes on secession this fall.

Conservatives have discovered that living on the far side of the Rockies is no longer far enough to get away from the influence of West Coast liberals.

"California migration, to a degree, has altered Colorado politics," says Mike Krause, vice president of the Independence Institute, a free-market think tank in Denver. "I see California license plates in my neighborhood and on my commute all the time."

California transplants aren't the entire reason the Mountain West has become arguably the nation's chief swing region in national politics. The number of Californians moving to other Western states has actually declined over the past couple of decades, while growth of Hispanic populations has been more important in terms of shaking things up politically.

Californians have contributed to make Salt Lake City and Boise more Democratic in recent years, but they are easily outvoted by Republicans in other parts of Utah and Idaho. Similarly, other states such as Arizona and Texas remain reliably Republican, but contain more liberal enclaves thanks to new arrivals from the West Coast.

"It's not going to change Texas politics immediately, but all of the inbound migration to Texas is making Texas more liberal than it otherwise would be," says Ian McDonald, a political scientist at Lewis & Clark College in Portland, Ore., and author of a dissertation on the effects of migration on the American electorate.

Voting With Their Feet

The phenomenon is happening on both sides of the country. Northeasterners have already made Southeastern states such as Virginia and Florida more politically competitive, while making the GOP hold on Georgia perhaps more shaky.

But it's particularly pronounced out West. Nevada has the nation's lowest percentage of residents who were born in the state.

With Californians making up half of all newcomers to Nevada during its recent boom years, they now have an outsized influence. Only 14 percent of Nevada's electorate was born in the state, according to a Brookings Institution study — compared to more than 20 percent who hailed originally from California.

"In the case of Nevada, the spillover effect is pretty clear," says John Pitkin, a demographer affiliated with the University of Southern California. "Nevada is almost a satellite of California."

Ideology Is All Relative

What may be ironic is the fact that most of the people leaving California are relatively conservative — by California standards.

They want cheaper homes and job opportunities, but they are also motivated by the state's higher tax rates, says Robert Lang, who directs the Brookings Mountain West, a research center at the University of Nevada, Las Vegas.

Nevertheless, they also tend to be fairly progressive on social issues such as gay marriage and abortion — and overall may be more liberal than their new neighbors in other states.

"You see that in other parts of the country, too," says Ruy Teixeira, a Democratic demographer at the Center for American Progress. "You have the phenomenon of relatively conservative people leaving a liberal state and moving to a conservative state where they're relatively liberal."

There's nothing new about Californians leaving for other states. For decades, many residents of Oregon and Colorado have adorned their cars with bumper stickers advertising themselves as "natives." In Idaho, the stickers read, "Keep Idaho beautiful ... go back to California."

"Ten to 15 years ago, there were actually billboards up saying 'Don't Californicate Colorado,' " says Krause, the Independence Institute vice president. "People were coming here in droves because they could buy a great house with their equity from L.A. or San Francisco."

Migration across the country has slowed in recent years, due to the recession and stagnant housing markets. But with the economy picking up and home prices in California skyrocketing, people may start moving again.

California is already sending in excess of 100,000 people per year to other states. That's adding to the Democrats' current advantage in the Electoral College.

"One of the things it's clearly doing is that it's making the other states bigger and adding to their electoral weight," Pitkin says.

Population loss is troubling news for California. The state, which experienced net in-migration of 3.3 million people during the 1990s, now is losing people to other states.

Nearly all of the state's recent growth has come from births, according to Dowell Myers, a demographer at USC. The 2010 Census represented the first time that California-born residents accounted for a majority of the state population. It was also the first time that California did not gain congressional seats (and thus add electoral votes) since becoming a state in 1850.

Much of California's middle class is now moving away. From 2000 to 2010, the state lost $29.4 billion in income it potentially could have taxed due to migration of workers, according to the Tax Foundation, second only to New York.

California's demographic challenges are bad news economically but point to one thing politically: The state now offers even more fertile territory for Democrats. The state was competitive in national elections as recently as the late 1980s, but now is routinely ignored by presidential candidates because it is so solidly Democratic.

The departure of some of its relatively conservative voters has left the state almost entirely blue. Democrats hold every statewide office in California and won supermajorities in both legislative chambers last fall.

"Every Republican who goes makes the state bluer because there are so few of them," says Pitkin.