Accessibility links
Yet Another Democrat Takes The Lead In NYC Mayor Race : It's All Politics New York City public advocate Bill de Blasio has surged to a commanding lead among Democratic primary voters. De Blasio's timing couldn't be better. In less than two weeks, those voters will go the polls to begin choosing the successor to Michael Bloomberg. 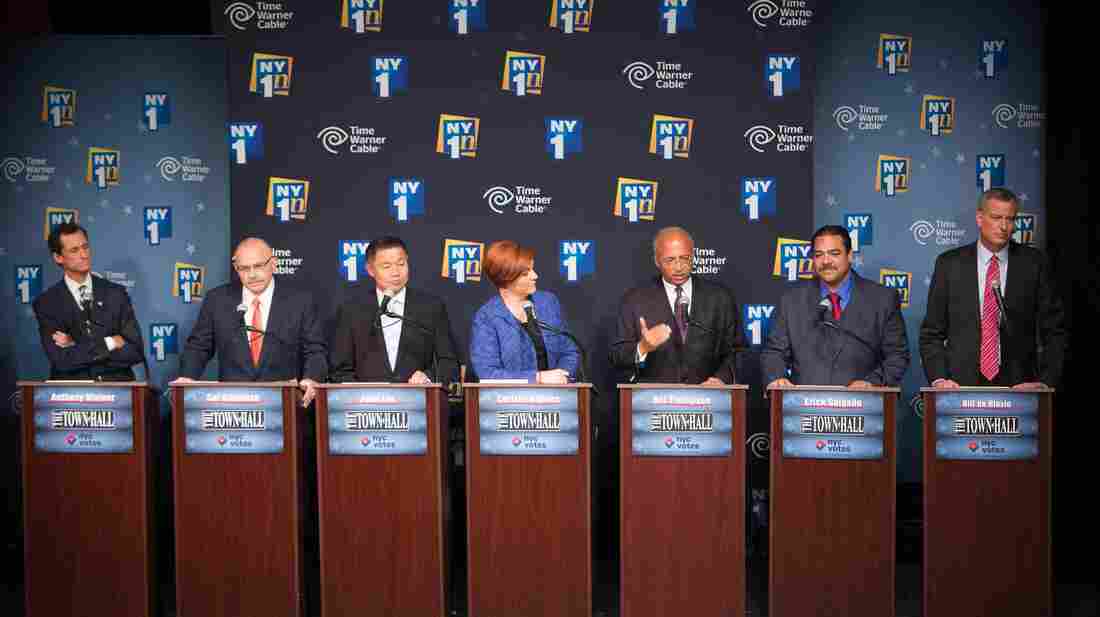 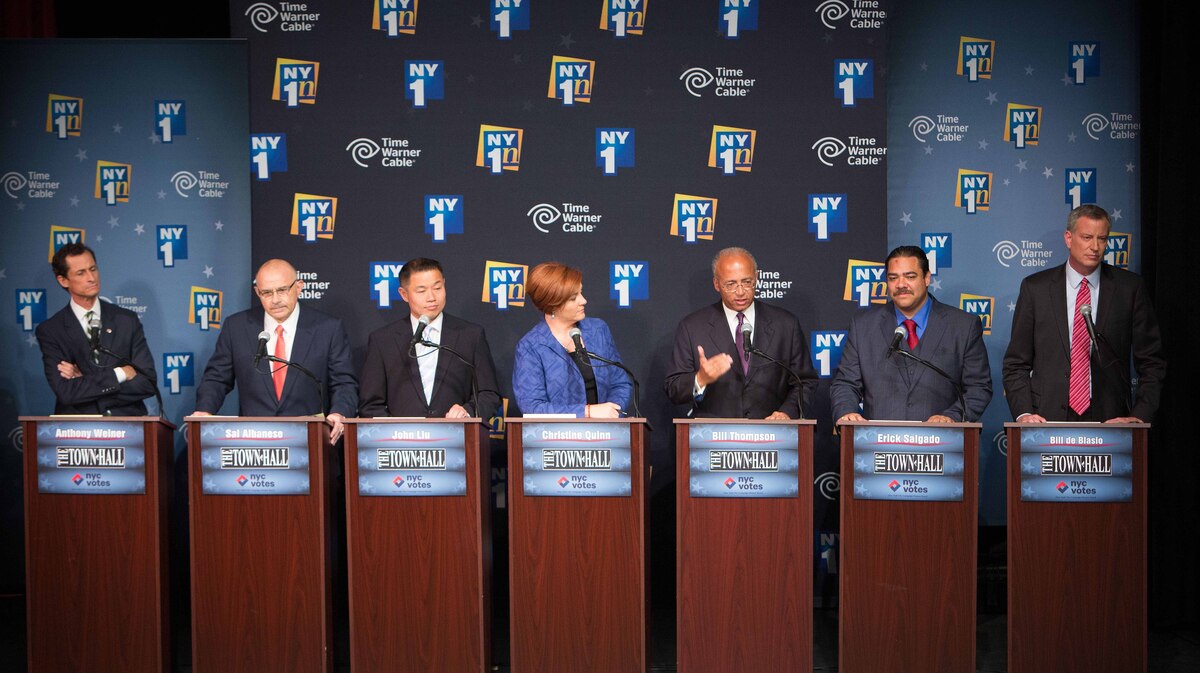 The most fluid mayor's race that New York City has seen in decades may finally be firming up. The city's public advocate, Bill de Blasio, has surged to a commanding lead in the latest poll of Democratic primary voters.

De Blasio's timing couldn't be better. In less than two weeks, those voters will begin choosing the successor to independent Michael Bloomberg.

All year, the big question in New York City politics has been which Democrat could cobble together enough votes to win the party's nomination for mayor.

"Where the bouncing ball will come to rest, God only knows," says Maurice Carroll, who directs the Quinnipiac Poll.

The poll has had four front-runners in as many months, including early favorite Christine Quinn, the speaker of the City Council, and former U.S. Rep. Anthony Weiner. In the latest poll, released Wednesday, De Blasio holds a commanding 15-point lead over his nearest rival.

De Blasio has positioned himself as the anti-Bloomberg: an old-school liberal who's not afraid to talk about inequality, as he did at a recent debate.

"In New York City right now, we are living a tale of two cities," he said. "Almost half our people — 46 percent — at or near the poverty level and our middle class is disappearing. We need a real break from the Bloomberg years."

A month ago, de Blasio was a distant fourth in the crowded Democratic field. His rise in the polls began with the implosion of Weiner's campaign following new sexting allegations against the former congressman last month.

But that's not the only explanation. De Blasio's message of raising taxes on the rich to pay for early childhood education seems to be connecting with liberal primary voters.

And he's been helped by a much-discussed campaign ad starring his multiracial son, Dante, who wears his hair in a 1970s-style Afro. The 15-year-old tells voters that his father is "the only one who will end a stop-and-frisk era that unfairly targets people of color."

Stop-and-frisk has been a hot topic in this election, especially since a federal judge ruled that the police department's use of warrantless stops amounts to "indirect racial profiling" of blacks and Latinos.

Former City Comptroller Bill Thompson — who is black — put out his own campaign ad on the subject, saying, "I've lived it. Our kids should never be targeted by the police department for the color of their skin."

At their last debate, Thompson took issue with ads that say de Blasio is the only candidate who would end the practice.

"That just isn't true," Thompson said. "Many of the people on this stage, many of the candidates, have come out and said that they also would eliminate stop-and-frisk."

"It's just something about [Thompson] as a candidate that's really not resonating — with not just African-American voters, but voters in general," she says.

If no Democrat gets to 40 percent in the first round of primary voting in September, the top two vote-getters go on to a runoff election three weeks later.

Thompson is currently fighting for second place with Quinn, who recently touted her record on CNN.

"Eight balanced budgets on time. Preventing the layoff of 4,100 schoolteachers," the City Council speaker said. "This is a record of delivering for families that's real and has helped our city. And it's a record that no one else running for mayor this year can touch."

Quinn, who had an early lead, picked up endorsements from three of the city's major newspapers this week — a rare feat. But for months, Quinn's opponents have painted her as an ally of outgoing Mayor Bloomberg. And this year, that appears to be the last thing Democratic voters are looking for.