Accessibility links
What If Congress Votes 'No' On Syria? : It's All Politics If Congress fails to authorize a U.S. military strike against Syria, it could weaken President Obama internationally and domestically. But it could also give Obama the political cover to back away from his "red line" proclamation against the Syrian government for its alleged use of sarin gas.

What If Congress Votes 'No' On Syria?

What If Congress Votes 'No' On Syria? 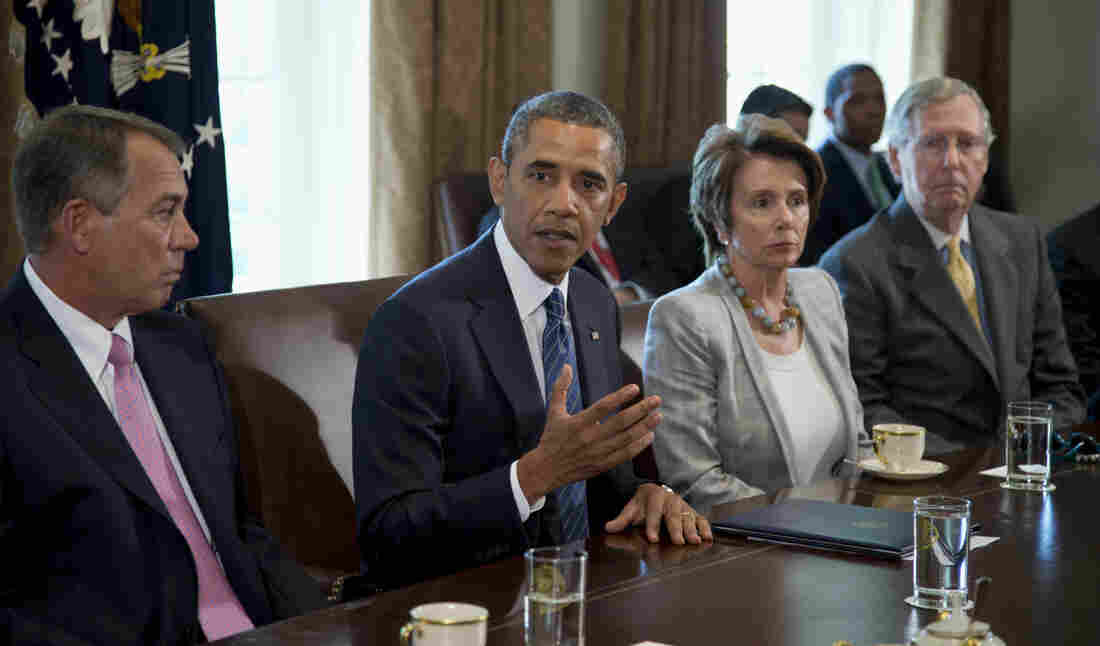 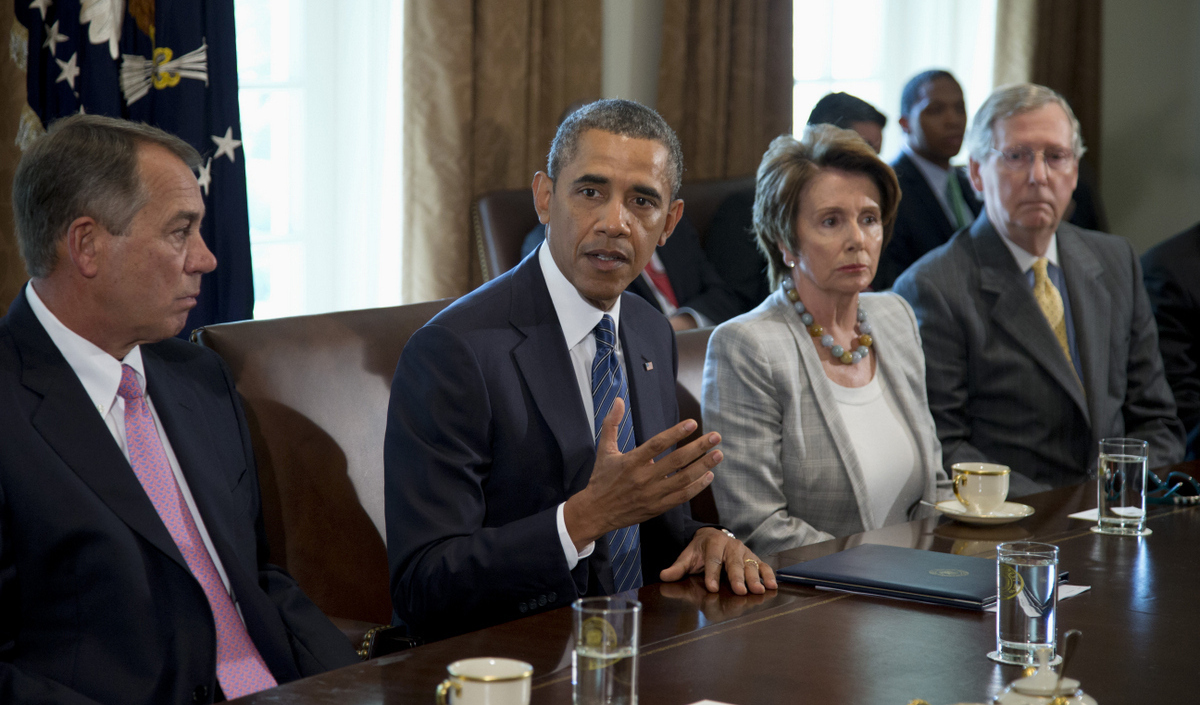 With Republican House leaders lining up behind President Obama's planned U.S. military strike on Syria, the chances for congressional authorization seemed higher on Tuesday than they did over the weekend.

A "no" vote in Congress could still happen, then, especially in the GOP-led House, whose members all face re-election next year and where those on the ideological right and left tend to be more distant from the political center than senators.

What would happen if Congress, or one half of it, voted against authorizing a punitive U.S. strike against Syria?

A view shared by the Obama administration and Sen. John McCain, R-Ariz., alike is that it would prove disastrous to U.S. standing and trust. After meeting with Obama Monday, McCain said outside the White House:

"If the Congress were to reject a resolution like this, after the president of the United States has already committed to action, the consequences would be catastrophic in that the credibility of this country with friends and adversaries alike would be shredded. And it would be not only implications for this presidency, but for future presidencies as well."

McCain's point seems self-evident. Congressional rejection of military action against the Assad regime would diminish Obama and the U.S. on the world stage. There'd be less reason for the globe's bad guys to take U.S. warnings seriously.

A loss in Congress for Obama on the Syria authorization could also damage what's left of the president's power to achieve his second-term domestic agenda. Obama still must negotiate with Congress on fiscal matters like raising the debt ceiling and funding the government next year. An immigration overhaul remains a much desired goal, too.

Of course, there's always the possibility that the House could vote against a U.S. military strike and Obama could go forward with it anyway, especially if he gets a strong Senate vote in favor of punitive attacks. Some lawmakers, like Rep. Peter King, D-N.Y., and McCain have argued that Obama would have the constitutional authority to order strikes without Congress' authorization. Obama has said so himself as well.

Such action, though, could heighten accusations from the Tea Party and other Obama critics that he was acting outside the Constitution and exacerbate tensions between Obama and many on Capitol Hill.

But if Obama abided by a "no" vote, a loss on Syria could very well cause the smell of well-cooked lame duck to emanate from Obama's presidency.

Based on presidential history, Obama will be hard-pressed to get substantive new legislation during his second term, anyway, Stephen J. Wayne, a Georgetown University political scientist, told me in an interview.

Second terms tend to be about consolidating first-term gains, not initiating major new legislation that gains passage, he said.

Wayne actually sees an upside for Obama and the nation if Congress were to vote down authorization. "Presidents can't admit they're wrong. They can't say that," Wayne said.

But "privately, he may have realized that he made a statement that he shouldn't have made last year about the red line and chemical weapons and the only effective way for him to back off that is to have the people through the Congress tell him that," Wayne said.

Obama says Syria crossed that red line on Aug. 21, when Assad's forces allegedly used sarin gas to kill more than 1,400 people, including hundreds of children, in the Damascus suburbs.

But if Congress votes no, Obama "can then say: 'Well, leadership is not about solely imposing your will. It's also about following the will of the people and this is a democratic electoral process and that's what I'm doing now,' " says Wayne.

"It does seem to me the public might be relieved if Congress said no," Wayne continued. "I think [seeking congressional approval] was an astute political move by a guy who placed himself in a no-win position."

So Obama "would be weakened by the [no] vote but the country might be saved by the experience," Wayne said, exaggerating for effect.