Accessibility links
Q&A: How To Do Political Coverage Better In The Twitter Age : It's All Politics Campaign reporters have "become one giant tweeting blob," grouses CNN political reporter Peter Hamby. In a Q&A, Hamby talks with NPR about how Twitter changed campaign coverage — the promise, the pitfalls and what that means for the next election cycle.

Q&A: How To Do Political Coverage Better In The Twitter Age

Q&A: How To Do Political Coverage Better In The Twitter Age 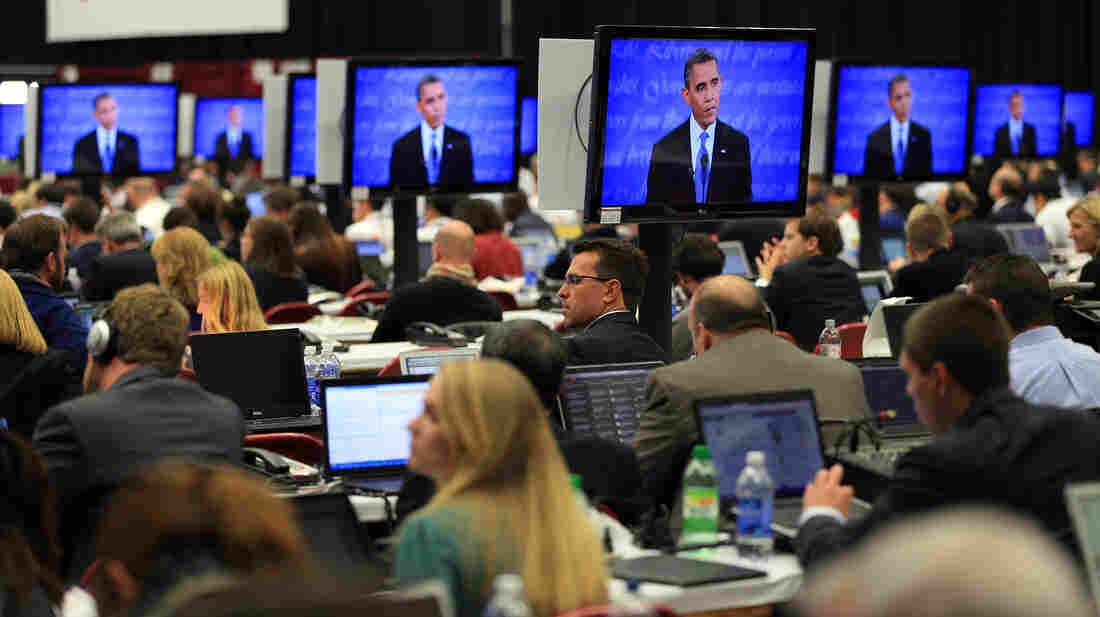 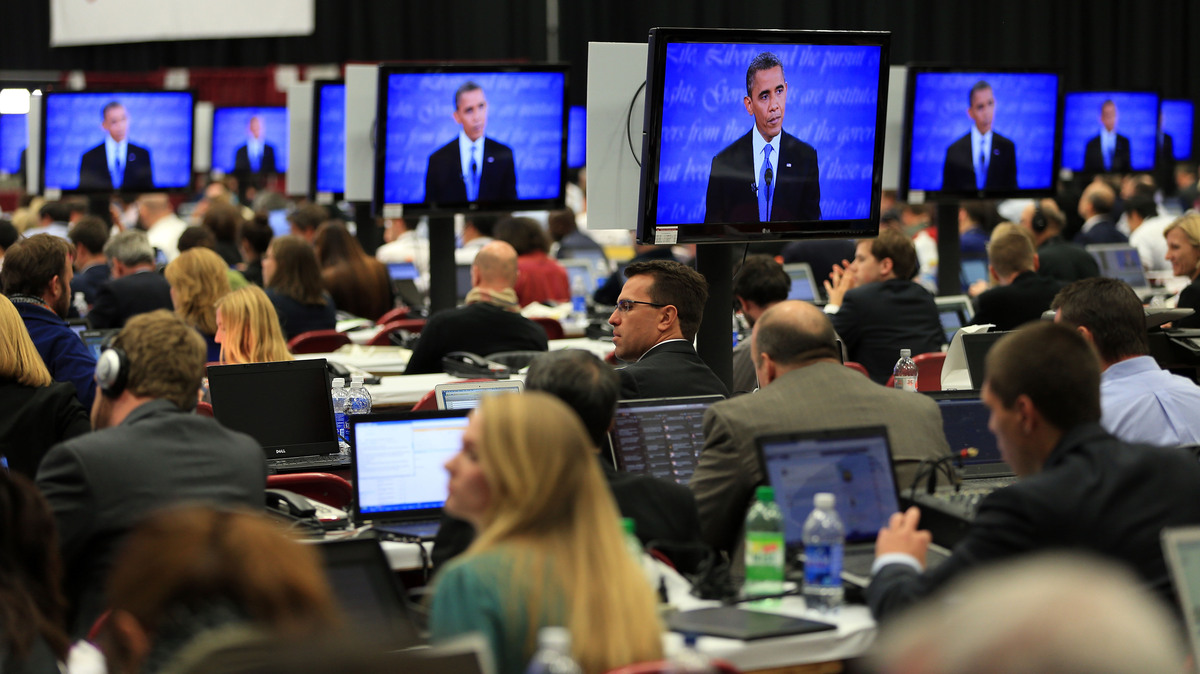 Curious about how social media sped up news cycles, amplified trivial events on the trail and enabled Washington's "worst tendencies" during the 2012 presidential race, one of the nation's top young political reporters decided to take a deeper look.

In a 95-page paper written at the conclusion of his spring fellowship at Harvard's Shorenstein Center, CNN's Peter Hamby explores the complaint political practitioners and the people who follow them have made for ages: Campaign coverage is shallow, solipsistic and possibly doing a disservice to voters tasked with making serious decisions for our democracy. 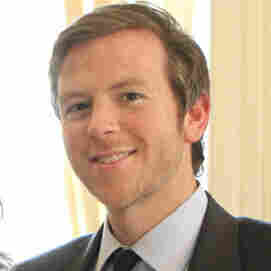 Hamby concludes that Twitter — and insta-sharing platforms like it — offer voters abundantly more choices for getting their information, but that the information often lacks a critical element: context.

"Washington has always had the worst tendencies toward myopia," Hamby says. "Twitter just exacerbates that. We're all just talking to each other and deciding, well, that must be important."

Below, excerpts from our conversation about the promises and pitfalls of Twitter-reporting and what it means for 2016.

Your premise is that YouTube, Twitter, have really changed the political journalism ecosystem. But my first reaction is, has it really changed? People have been complaining about how echo-chambery campaign coverage has been for years. Is it fair to blame Twitter?

"The tendency of political reporters to focus on process and gaffes and conflict is as old as time itself. But I do think the explosion of platforms has incentivized political reporters to fill a lot of space. To be first. To enhance their 'brands,' to use a terrible social media cliche. And just from talking to the campaigns, they think it changed. Just the speed of it. I remember in 2008, I was an embed on Hillary Clinton's campaign and Hillary would come back and drink with us on the back of the plane. And we would take pictures and those pictures would kind of hit the AP wire maybe an hour or two later, or maybe we would file a story half an hour after we landed. Today, that filter, that delay, has completely evaporated. So it just makes campaigns more guarded and cautious around reporters. And that's one thing that's changed."

How does the prevalence of Twitter actually affect the information voters get?

"It's not just that Twitter accelerated the whole news cycle, it's that it changes the content that is covered. With the Romney campaign, they were really sort of anxious and frightened every day that any little teeny misstep could become a full blown controversy in a matter of minutes. I'm thinking of war on women, etch-a-sketch, binders full of women, and all these memes that went out there and actually drove a news cycle. So [former Romney campaign manager] Matt Rhoades used the example of the orchestra pit theory to frame how campaigns are covered. He was like, 'The back of the plane now is just reporters waiting with iPhones, waiting for Mitt Romney to fall into the orchestra pit.' I think we know what takes off in the Internet-driven news universe and it's not a 59-point plan for the economy. It's a gaffe. It's something about what Mitt Romney's wearing or what President Obama said about Jay Z. It changes somewhat the incentives of reporters."

"Look, I think there's no turning back. I think it's absolutely going to get more incremental. Journalists aren't really a humble bunch, but I was surprised by how many people in the media generally expressed regret about how Twitter changed the speed of the cycle and also the content of what was actually covered because everyone was trying to chase and confirm the same stuff. The 2016 race is likely to draw in a larger bunch of candidates, it's an open race, it might be as dramatic as the 2008 campaign. The 2012 race was a negative hothouse and a lot of people didn't want to go out in the Romney bubble. That might be different in 2016 if it's Hillary versus Christie and the campaigns flood the zone with their guys. That would give us more to write about. The weakest part of my paper might be the recommendations section because it's aspirational. And we don't know what technologies are going to be in play."

How could we improve?

"There was broad consensus among press and political people that there's a real hunger for longform stuff, rich, detailed reporting. Just distinctive storytelling beyond just the ephemera that gets thrown out there. So I think hopefully we'll see a lot more of that in 2016 from magazines, newspapers, television networks."

You proposed new beats, which I thought was interesting. But whoever's doing the day-to-day coverage is probably still going to get rewarded with prominent placement, which is an organizational/institutional decision, not the individual reporter's.

"Instead of chasing and confirming everything, it would be useful to let people own their scoops. We'll get one next week. Let these guys have this this week. Really have the confidence to unleash your reporters and take a calculated bet that covering what others are covering might not be the best way to do things. You'll get rewarded for playing off the ball a little bit."

So not all hope is lost.

"Not all hope is lost. I really do care about politics and the minutiae of this stuff because it's hard for me to be critical. I like process stuff too. But process helps determine how these guys are elected. Getting behind the scenes of how campaigns work is part of it in addition to covering big issues, temperaments and biographies of these candidates."

What's the antidote to this as a voter if you recognize a lot of what's covered is BS, in the big picture?

"I don't want to sound too sanctimonious. The thing is, voters can do what they want because they have so much information at their fingertips at all times. Facebook was a valuable way for campaigns to reach voters this time. I don't know how to advise voters, but in the course of researching this paper, one troubling aspect of the proliferation of news sites is that you can bury yourself in your own world. It's important to step out of what your social network is saying and preferred ideological news channel is saying. And read as much as possible."