Accessibility links
Feds Seek To Corral Medical Marijuana 'Wild West' : It's All Politics The Obama administration's decision not to challenge pot legalization in Washington and Colorado is reverberating in states where regulation of medical marijuana has been scant. 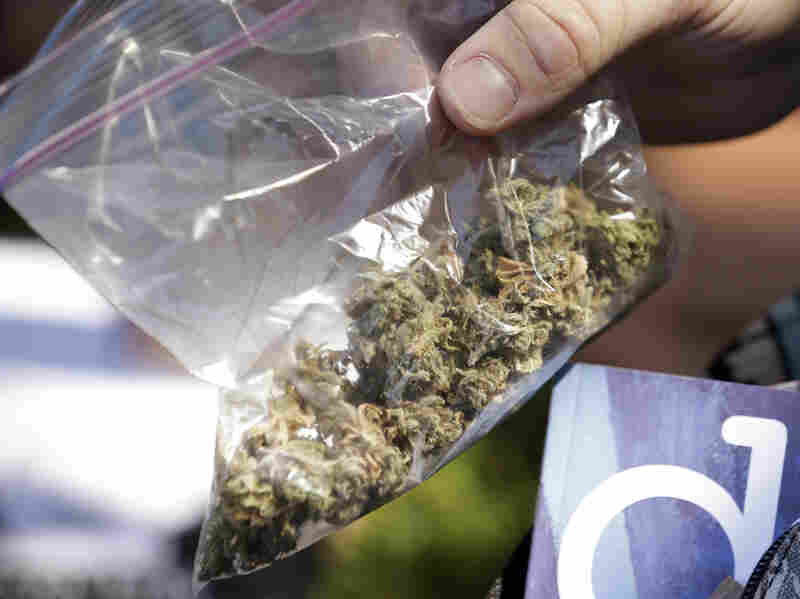 A man pulls out a bag of marijuana to fill a pipe at Hempfest in Seattle on Aug. 16. Thousands packed a waterfront park for the opening of a three-day marijuana festival, an event that is part party, part protest and part victory celebration after the legalization of pot in Washington and Colorado in 2012. Elaine Thompson/AP hide caption 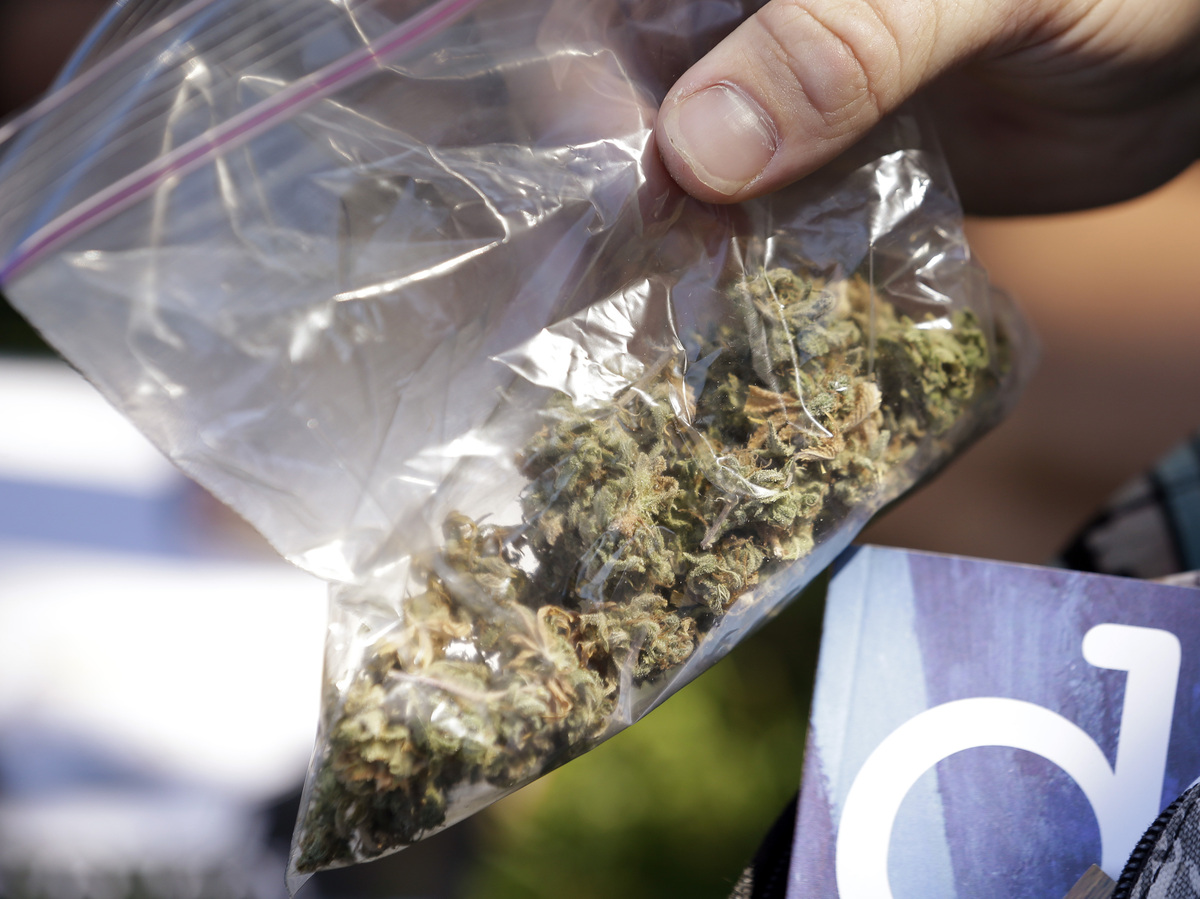 A man pulls out a bag of marijuana to fill a pipe at Hempfest in Seattle on Aug. 16. Thousands packed a waterfront park for the opening of a three-day marijuana festival, an event that is part party, part protest and part victory celebration after the legalization of pot in Washington and Colorado in 2012.

When the Obama administration recently announced it wouldn't challenge the decision by Colorado and Washington voters to fully legalize marijuana, criticism rained down.

The administration's position, complained one Colorado congressman, was tantamount to allowing states to opt out of the federal law banning pot possession, cultivation and sale.

Other anti-legalization activists predicted that the administration was waving the white flag in the war on drugs.

The first claim is essentially true: The states will be creating their own regulatory regimes.

As for the idea of a surrender in the war on drugs, the reality is a little more complicated.

Whatever its effect, the administration's hands-off position in Colorado and Washington will reverberate well beyond those states. And it could actually end up imposing some semblance of order in what drug law expert Mark Kleiman describes as the "Wild West" of medical marijuana.

"And that would be a potentially very, very good result," says Kleiman, who previously worked in the Justice Department's criminal division and is author of Marijuana Legalization: What Everyone Needs to Know.

"Medical marijuana is a free-for-all in many states," he says. "On Venice Beach in California, you have guys in medical scrubs and with stethoscopes walking around offering to give you a prescription."

"The administration's decision may actually mean a crackdown on that kind of business," he says.

So how does a move not to enforce federal drug law in Colorado and Washington help control medical marijuana sales and use in the 18 other states and the District of Columbia where it's legal?

To keep federal drug prosecutors at bay, Colorado and Washington have to come up with what Deputy Attorney General James Cole described this week to members of the Senate Judiciary Committee as "strict regulatory schemes" that are tough in practice and meet eight federal enforcement priorities.

The priorities address everything from the distribution of marijuana to minors and transporting pot across state lines to drugged driving and using marijuana sale proceeds for criminal activities.

Don't meet those priorities? Sorry — your state is going to be in trouble with the feds, Cole says.

The Senate committee has advised Cole to come up with metrics by which the DOJ can measure state performance in meeting the priorities.

What's already happening is that some states with legal medical marijuana are devising regulatory schemes that would also satisfy federal priorities. They view it as the path to keeping federal drug prosecutors off their backs and also to full legalization.

"Suddenly, the politics of this has reversed," Kleiman says, "and a lot of marijuana advocates are saying, 'Let's do something about the medical marijuana business; let's clean it up.' "

Now, for the first time, the feds have provided an incentive for states to more tightly regulate medical marijuana.

California is contemplating legislation to create new oversight by a medical marijuana agency that would develop and enforce regulations for commercial medical marijuana activity, including for production and distribution. Businesses already operating legally under city or county laws would be grandfathered in.

Other states that permit medical marijuana have gotten busy, too, armed now with a blueprint for how to clean up a messy industry.

Federal officials also have more work ahead: The administration and Congress still need to figure out how to adapt federal banking and tax laws to account for the new cannabis-related businesses in Colorado and Washington.