Accessibility links
As Government Shutdown Looms, Benghazi Hearings Resume : It's All Politics On a day when most in Congress were obsessed with an increasingly likely government shutdown, the House Oversight and Government Reform Committee held a marathon six-hour hearing on what one Republican called the most important issue to the folks back home: the 2012 attack in Benghazi, Libya. 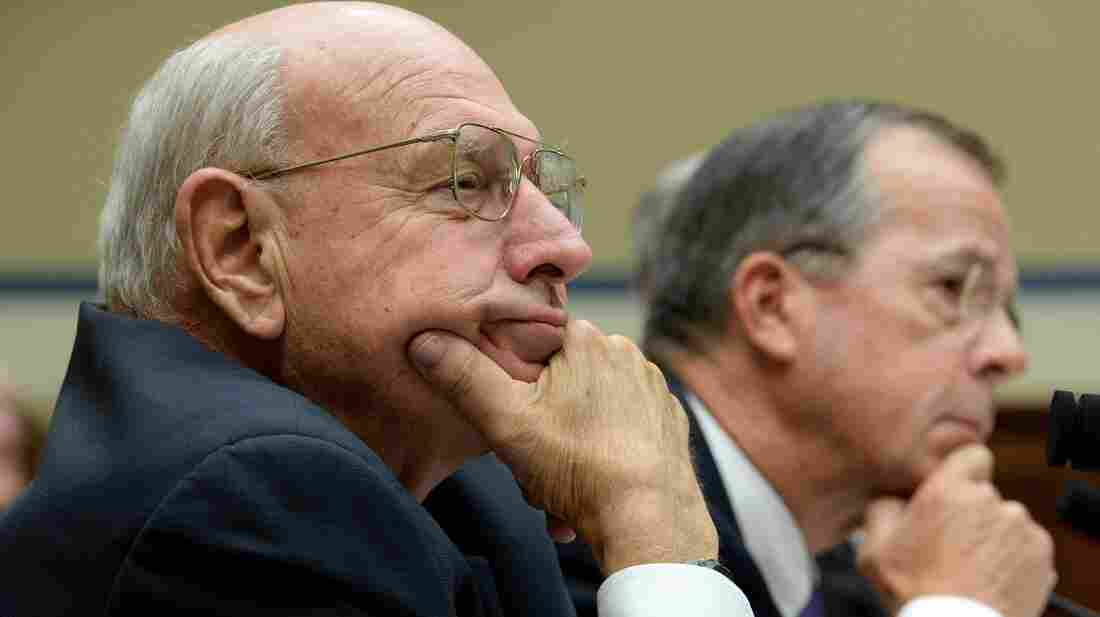 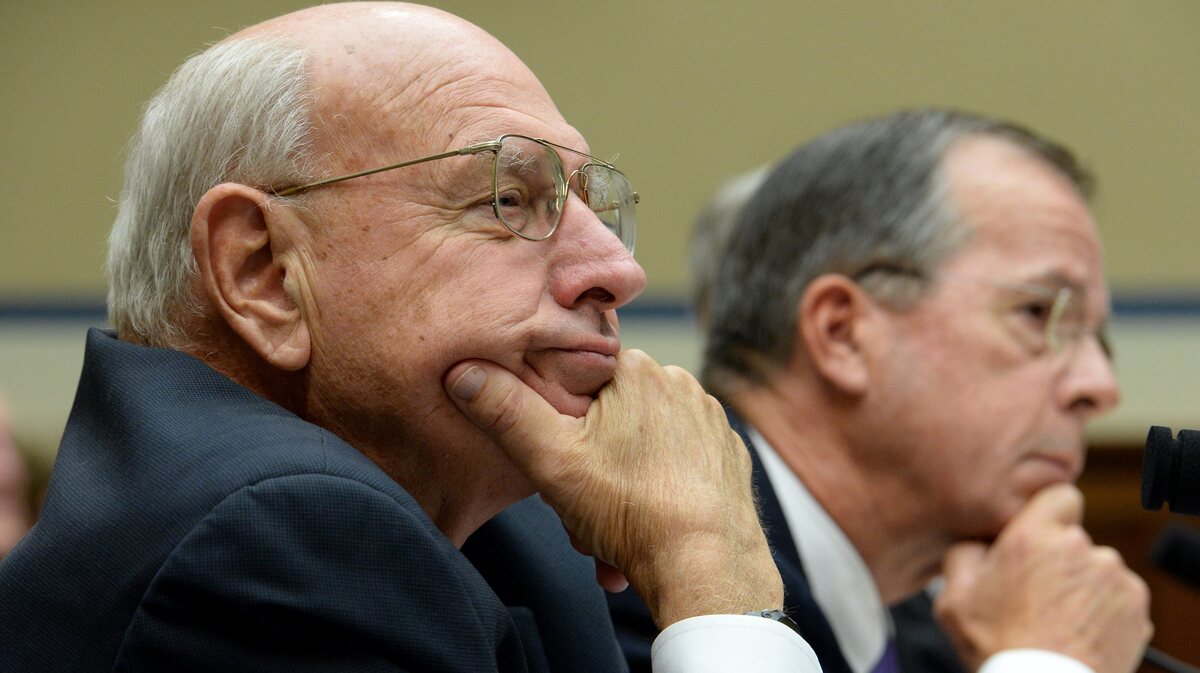 Thomas Pickering (left), the chairman of the Benghazi Accountability Review Board, and retired Adm. Mike Mullen testify before the House Oversight and Government Reform Committee on Thursday.

It was a day when most in Congress were obsessed with an increasingly likely government shutdown that would be of lawmakers' own making. But not the House Oversight and Government Reform Committee. The GOP-controlled panel held a marathon six-hour hearing on what South Carolina Republican Trey Gowdy called the most important issue of all to the folks back home: the attack in Benghazi, Libya, that left four Americans dead just over a year ago.

Usually it's congressional Republicans who push for Benghazi hearings — some have predicted that when all the facts come out, if they ever do, the deadly episode could become the Obama administration's Waterloo. But it was in fact Democrats on the oversight panel who called for this particular hearing, four months ago. That's how long it's taken to get the two men who headed an official investigation of Benghazi — and whose report came out last December — to sit down in front of the committee to defend their findings.

Both career diplomat Thomas Pickering and retired Adm. Mike Mullen, the former chairman of the Joint Chiefs of Staff, were eager to expound publicly on their Benghazi probe. But Republicans on the panel, wary of what might spill out in public, insisted the two men first sit for four days of private interrogation. They forced Pickering to do so by serving him a subpoena.

Democrats used Thursday's hearing to knock down what they characterized as canards spread by Republicans and their media allies. Mullen assured them that there had been no order to stand down given to four U.S. Special Operations soldiers who wanted to travel from Tripoli to Benghazi once the attacks began on Sept. 11, 2012. He said there was no way U.S. warplanes could have been scrambled in time to protect the two U.S. sites in Benghazi that came under attack. Pickering said there was no need to interview Hillary Clinton for the investigation, since as secretary of state she did not have the operational responsibility that investigators were charged by Congress to probe.

Republicans called the official report on Benghazi a whitewash. In what Democrats saw as a bid to discredit their party's front-runner for the 2016 presidential sweepstakes, GOP committee members repeatedly pressed the two witnesses on why Clinton was not held responsible. Utah Republican Jason Chaffetz chided Mullen, who at the time of the attack was still chairman of the Joint Chiefs, for not requesting air support from NATO allies. "I actually commanded NATO forces," Mullen shot back, "and the likelihood that NATO could respond in a situation like that was absolutely zero."

Committee Chairman Darrell Issa, R-Calif., complained that the two investigators had access to State Department officials who had not been made available to his panel as witnesses. He announced he would issue subpoenas to summon them.

There were demands from other Republicans that eyewitnesses at the scenes of the attacks be made available to the committee for questioning. Left unsaid was that the Benghazi "special mission," as Pickering called it, has been widely reported to have been a CIA operation rather than a diplomatic post.

Not much that was new came to light at the hearing. But that was not the point. Democrats wanted their two highly respected witnesses to publicly counter the conservative drumbeat about a Benghazi cover-up. Republicans had one more chance to show constituents they're still on the case.

But there has been one big change since the standing-room-only Benghazi hearings held earlier this year. This time, except for the row behind the witnesses, most of the audience seats were empty. Not even Fox News bothered to carry the hearing live.

Benghazi may still be the most burning issue in Trey Gowdy's district. That clearly is no longer true in Washington.