Accessibility links
Obama's Passing Up Chances To Turn On The Charm : It's All Politics At the beginning of his second term, President Obama invited Republicans to a series of fancy dinners, but he now seems to be giving up on his attempts to woo the GOP. Still, even if the White House had sustained its overtures, some question whether any amount of socializing could avert the latest budget crisis. 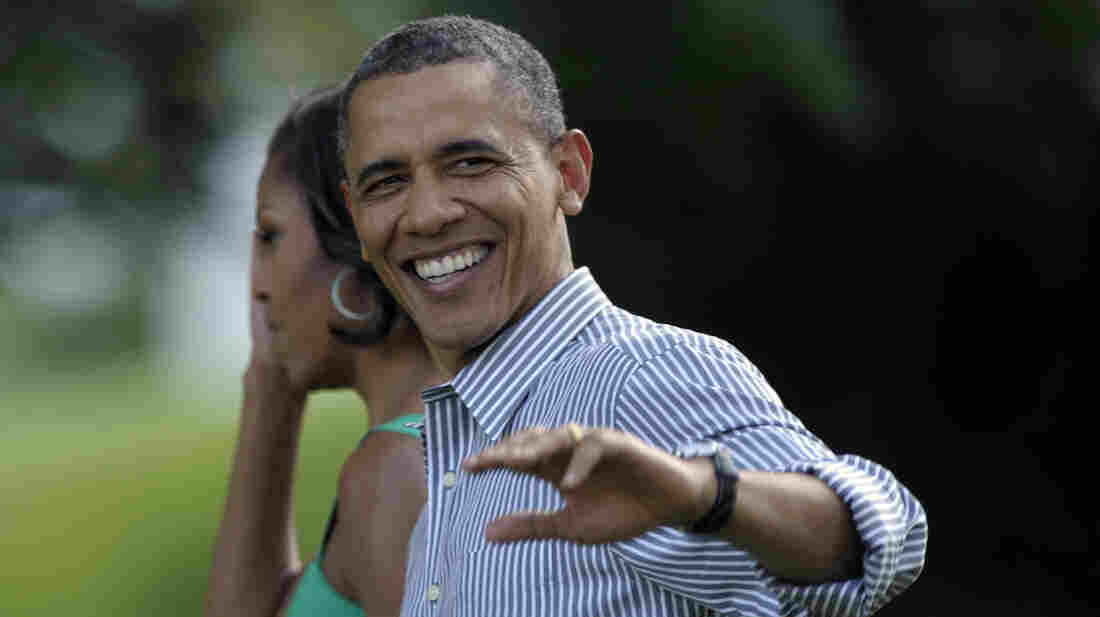 President Obama and first lady Michelle Obama arrive at last year's congressional picnic on the South Lawn of the White House. This year, the picnic — seen as a chance for lawmakers to socialize beyond party lines — was canceled. Susan Walsh/AP hide caption 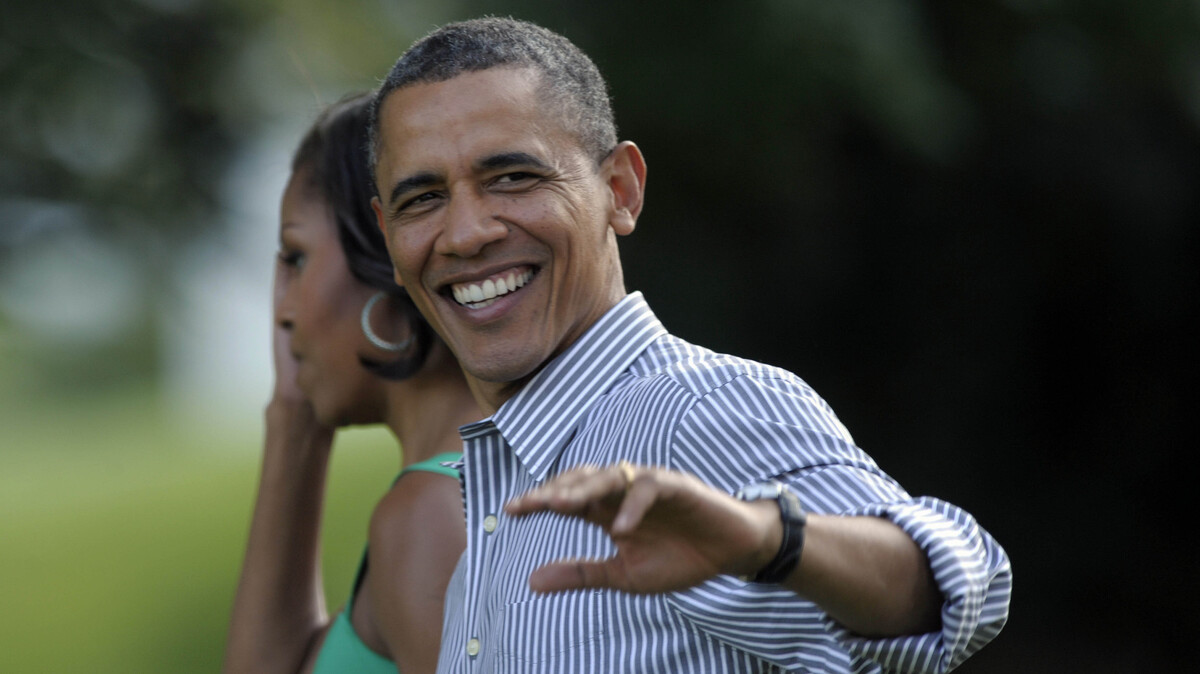 President Obama and first lady Michelle Obama arrive at last year's congressional picnic on the South Lawn of the White House. This year, the picnic — seen as a chance for lawmakers to socialize beyond party lines — was canceled.

President Obama isn't known as a schmoozer like Bill Clinton or a back-slapper like George W. Bush. But he does know that a personal touch can woo allies and soften adversaries.

Right now, domestic and international crises are looming on all sides of the president. Although a little tenderness might come in handy, Obama is repeatedly passing up opportunities to wage a charm offensive.

While Obama has often been criticized as aloof, at the start of this term, he tried hosting Republicans for a series of dinners. At Washington, D.C.'s Plume restaurant, where the tasting menu starts at $95, he treated lawmakers to lobster thermidor and Colorado lamb. Other Republicans came to the White House and sampled vegetables from the garden.

Now that the GOP is threatening to shut down the government unless they can defund Obama's signature health care law, White House aides sound a little exasperated. Spokesman Jay Carney lamented that, despite Obama shelling out for an expensive date at a fancy restaurant, Republican leaders once again are going home with the Tea Partiers.

Diplomats have a technical term for that "convince, persuade, cajole" routine: soft power.

Joe Nye of the Harvard Kennedy School is an expert on the subject.

"Power is the ability to get what you want," he explains. "And you can either do that by coercion or payments, which is hard power, or by attraction and persuasion, which is soft power."

Another classic example of presidents using soft power at home is the congressional picnic. For decades, it's been a chance for lawmakers and their families to put on shorts, hang out on the White House lawn, and schmooze — with both parties.

"We're thrilled that you have at least one day where you've got a chance to be together in Washington and nobody is arguing," Obama said in 2012.

But this year, the White House canceled the congressional picnic, perhaps because of scheduling problems or cost-cutting under the budget sequester.

Whatever the real reason, the cancellation left the impression the White House was peeved.

Republican former Senate staffer Matt Mackowiak says it was one of the few events left in Washington that brought people together across the aisle, with their families.

"One of the things that's different these days is that politicians on both sides don't socialize. They're too busy raising money, traveling, speaking, doing things on their own side of the aisle," he says. "So those rare opportunities like the congressional picnic, the Christmas parties, they do sometimes offer those opportunities."

Obama Reaches Out To Republicans With Dinner Invitations

Obama Reaches Out To Republicans With Dinner Invitations

But even if the White House had sustained its overtures, some question whether any amount of socializing could avert this budget crisis.

As Bob Van Heuvelen, a former Democratic Senate staffer, puts it: "If you continue to go to your next-door neighbor and say, 'Will you come over and have coffee?' and they say, 'Get off my lawn' ... you go over and say, 'Would you come over and meet my mother,' and they say, 'Stop making so much noise' — every time you get rebuffed, you sort of start learning that some people don't really want to be talking to you."

Obama has said more or less the same thing.

But soft power advocates like Nye say even if warm relationships are not a panacea, they are helpful.

"The more contact you have, even if it's not going to solve the problem, the more it may smooth over some rough edges in particular cases," he says. "So in general, I think more contact beats less contact."

The same can be said on the international stage. With the crisis in Syria, Obama badly needs some friends abroad. One way to cultivate those friends is with a state dinner.

Nye says these events are more than just ball gowns and boldface names.

"I've been to them. I know that you don't get a lot of real business done," he says. "But they're very symbolic. They symbolize the importance that's being given to another country."

So it was another opportunity lost last week when Brazil called off next month's state dinner — protesting the NSA surveillance of communications to and from Brazil. That was the only state dinner the White House had scheduled for this year.