Accessibility links
Republican Tactics Slow Down Obamacare Prep : It's All Politics As Republicans try to figure out how to defund President Obama's health care law, some members of the party are attacking Obamacare on other fronts, too. For example, one House committee is investigating groups that were contracted to educate people about how to enroll. 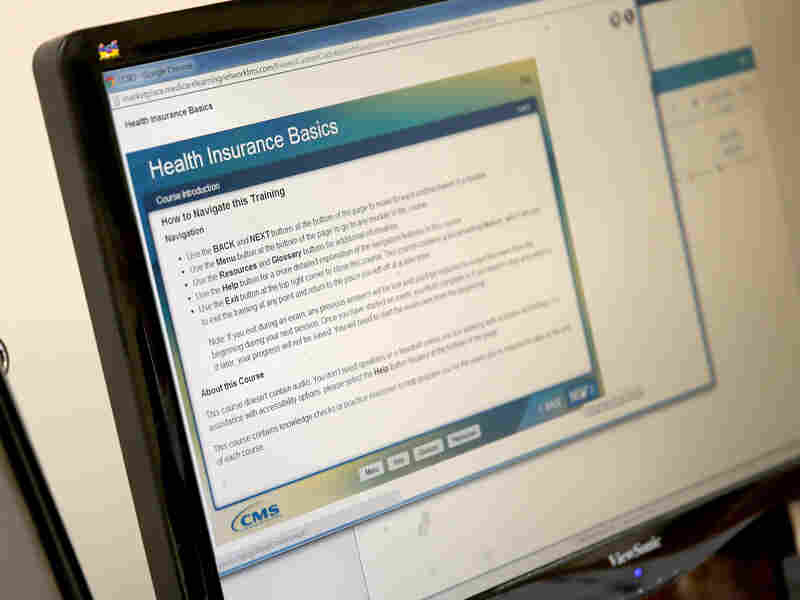 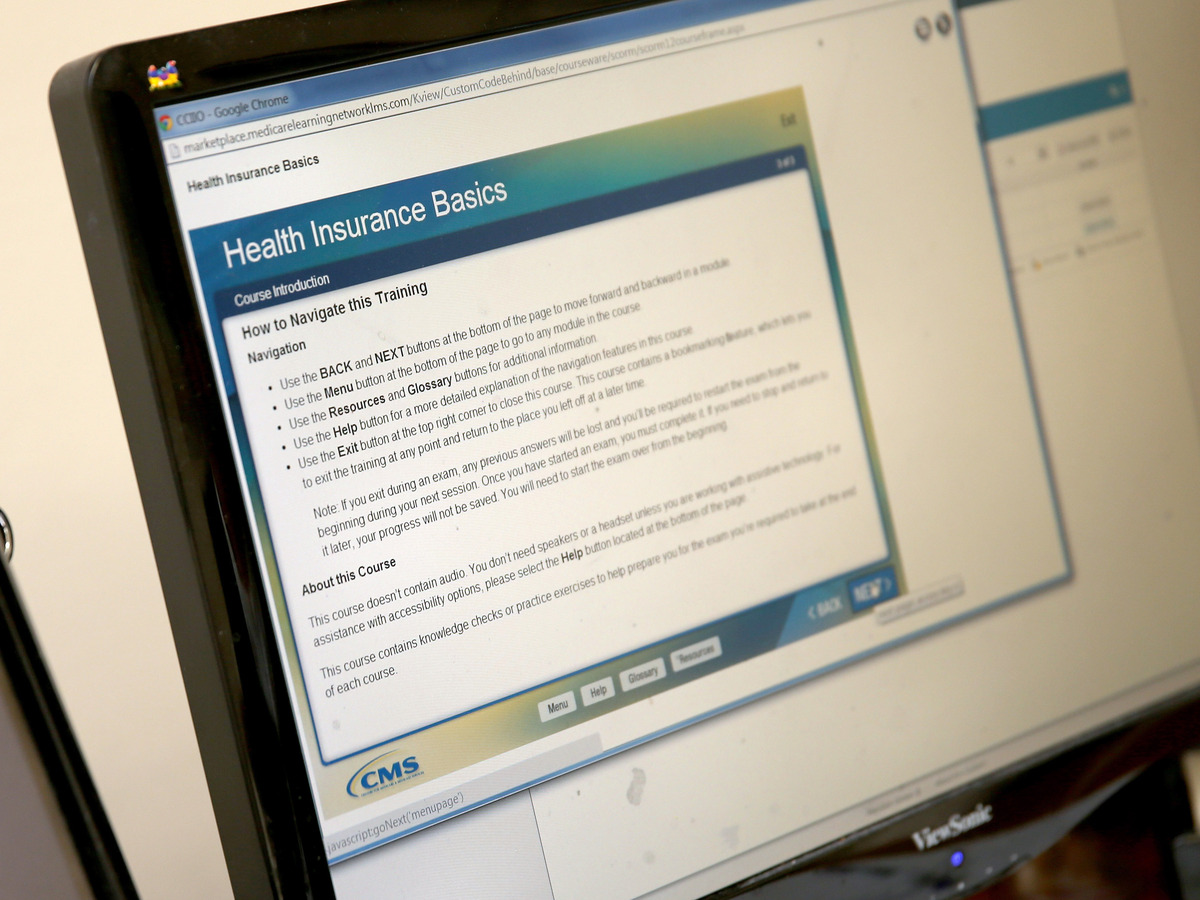 An online course for Affordable Care Act "navigators" in Florida.

As Republicans try to figure out how to defund President Obama's health care law, some members of the party are attacking Obamacare on other fronts, too.

One House committee is investigating groups that were contracted to educate people about how to enroll, and the tactics are slowing down preparation for the rollout of the health care exchanges scheduled next Tuesday.

Lisa Hamler-Fugitt was staring at her computer at work right before taking off for the long Labor Day weekend when a nondescript email from the House Energy and Commerce Committee landed in her inbox. At first, she thought nothing of it.

"In fact, I thought that it was probably just a sign-on letter, a 'Dear Colleague' letter," she says.

Instead, it was a four-page statement from House Republicans, insisting that she turn over reams of information to Congress. Why? Because her organization — the Ohio Association of Food Banks — had recently won a $2 million grant from the federal government to help educate poor, uninsured Americans about how to enroll in the Affordable Care Act. These grants are called "navigator grants."

Congressional Republicans demanded a detailed description of how Hamler-Fugitt's group would spend the money, what kind of training her so-called navigators were getting and how they planned to protect private information during outreach efforts.

"I was pretty outraged," Hamler-Fugitt says. "Our written response to the committee's questions were 118 pages. And the documentation that we provided included 4,684 pages, primarily of emails."

The committee gave her only two weeks to respond. So her small staff had to stop all navigator work for a while. Now, days before Obamacare enrollment begins on Oct. 1, Hamler-Fugitt says her navigators haven't even finished training.

To some House Democrats, that was exactly the goal of this congressional probe.

"The Republicans are on a crusade to stop the Affordable Care Act," says Rep. Henry Waxman of California, the top Democrat on the House Energy and Commerce Committee. "There's been no wrongdoing that anybody can show. It's as if you took a whole bunch of people and said, 'We think you may do something wrong, and now we want to ask you a lot of questions about your organization.' "

Earlier this year, Republicans were furious after learning the IRS may have targeted conservative groups for lengthy review. Now, House Republicans have singled out about 50 of the more than 100 navigator groups to scrutinize.

To be sure, navigators have to be ready for a challenging task. They will help people figure out exactly what plans they can afford, their eligibility for Medicaid, whether they qualify for tax breaks. All of this requires understanding intricate rules.

And Republican Rep. Tim Murphy of Pennsylvania doesn't think the navigators will be ready.

"It's like that old Hans Christian Andersen tale, 'The Emperor's New Clothes.' I'm not going to pretend that everything's OK if it's not," Murphy says.

Murphy, who oversees the navigator investigation, says this is no political game he's playing. He says many of the navigators have little experience with health insurance, the time frame for training is too tight, and navigators will have access to very private data about people.

"It's worth asking what will be done with navigators when they obtain personally identifiable information or health records — names, Social Security numbers, birthday, other information that can be used, and even in some cases, what if people reveal health problems?" Murphy says.

For some groups, this congressional inquiry — combined with the strict regulations some states are imposing on navigators — was just too much.

That was the case for Cardon Outreach, an organization that helps people enroll in Medicaid. Chuck Kable, Cardon's lawyer, says it simply decided to give back the $833,000 navigator grant after receiving the House committee's letter.

"You know, we're relatively small," Kable says. "And the people that would be involved in that response are high-level executives whose time is extremely valuable. Because we're a small organization, we have a lot on our plates."

And with some navigators dropping out, Republicans like Rep. Tim Huelskamp of Kansas say it won't be their job to answer questions about how to enroll in Obamacare.

Congressional offices usually help people solve problems with federal programs, like Social Security or Medicare. But when it comes to Obamacare, Huelskamp says he doesn't have enough information to help.

"Our position is, if you want to sign up, you got to call HHS," says Huelskamp, referring to the Department of Health and Human Services. "So we will say, 'Call [HHS Secretary] Kathleen Sebelius' office if you want to figure that out.' "

Anyway, Huelskamp says, his office has received only one phone call this entire time about how to enroll in Obamacare. And he says he's pretty sure it was from a Democratic Party operative.