Accessibility links
Reid's Tough Tactics In Shutdown Drama Draw Notice : It's All Politics As the leader of Senate Democrats, Harry Reid has been in a lot of fights — but this one may be different, in that Reid has drawn a line. After a meeting with other congressional leaders and President Obama on Wednesday, Reid said: "The one thing we made very clear ... we are locked in tight on Obamacare." 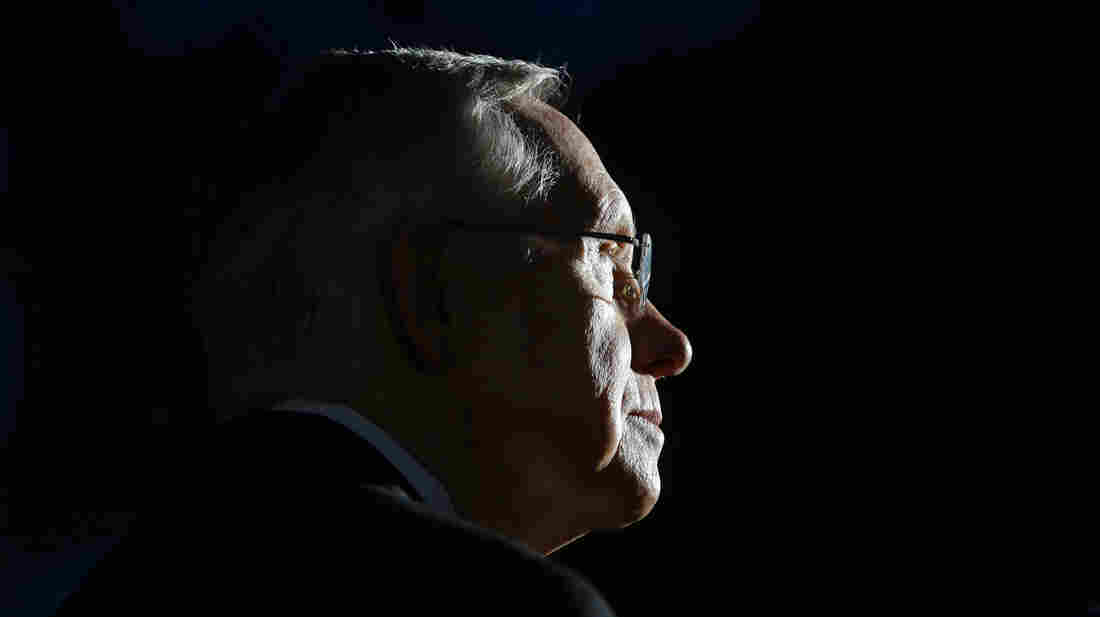 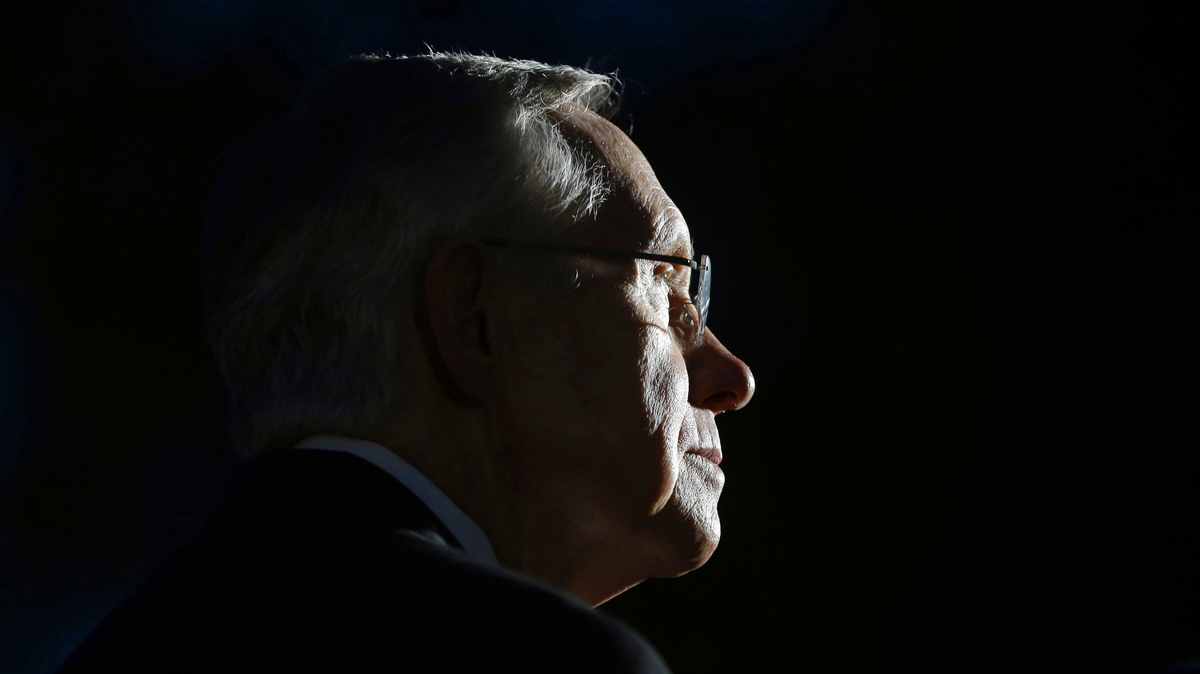 As the leader of Senate Democrats, Harry Reid has been in a lot of fights — but this one may be different, in that Reid has drawn a line.

Throughout the weeks leading up to the shutdown, through four votes in the Senate with not a single defection from the Democratic caucus, and once again after the meeting at the White House, Reid has rejected any of the changes in the Affordable Care Act that House Republicans have demanded as a condition for funding the federal government.

"The one thing we made very clear in that meeting, we are locked in tight on Obamacare," Reid said Wednesday night outside of the White House, after a meeting with other congressional leaders and President Obama.

Though Reid is soft-spoken, his rhetoric has gotten noticeably nastier in this shutdown fight, especially when the subject is House Republicans. He's referred to a "banana Republican mindset," and said flatly: "They've lost their minds."

That's vintage Reid, so says the majority leader's former spokesman, Jim Manley, who sums up Reid as "a little bit Machiavellian, always a guy who knows what he's aiming for, and he knows how to get there. Best vote counter I've ever seen, and someone who, as he has said before, would rather dance than fight. But I can assure you, he sure as heck knows how to fight."

Reid, of Nevada, is a former boxer, though at times he might seem to be pulling his punches. On the Senate floor Wednesday, he said of the House speaker: "I've often said that I sympathize with John Boehner, and I do. He has a very difficult job."

But Reid followed that with a sharp jab: "He seems to be kowtowing to everything that they ask. This is the Tea Party — these voices in his caucus push him further and further to the right, and over the cliff."

Reid's Democratic colleagues in the Senate applaud how he's taken on Boehner. But Georgetown University congressional expert Stephen Wayne says it's highly unusual to have the top Democrat in Congress feuding so openly with the top Republican: "It's like Gunfight at the O.K. Corral, and they're both shooting at each other."

Earlier this week, Reid's office escalated the fight to unheard-of levels by leaking private emails that had been exchanged between his chief of staff and Boehner's. It was to show that Boehner had earlier this year been privately pushing to keep the same health care benefit for congressional employees that he sought to eliminate in a stopgap funding bill the House sent Monday to the Senate.

Dick Durbin of Illinois, the Senate's No. 2 Democrat, says the release of those emails shows just how ugly relations now are between the two most powerful men in Congress.

"It's an indication of things breaking down, in this dire situation we find ourselves, where what used to be kind of common sense and just normal relationship between professionals falls apart when you get into the heat of these political confrontations," says Durbin.

Reid further infuriated House Republicans by taking stopgap spending bills they'd spent many hours passing and promptly stripping them in a matter of minutes of all the policy items, many of them aimed at Obamacare, that the House had added.

Reid did so without even allowing debate, but he made one significant exception. On Monday evening, just hours before the shutdown, he asked for and got Senate passage of a bill sent over by the House that ensured that U.S. troops would keep getting paid.

Texas Republican Sen. Ted Cruz, who's led the fight to defund Obamacare, said he never expected that bill to pass the Senate: "And at the last minute, Harry Reid made the decision to support it. That was the right decision, and I stood up and commended him on the floor of the Senate for making the right decision."

Republicans are hoping Reid's willingness to keep troops paid means he'll drop his opposition to other piecemeal funding bills being sent over by the House. Manley, his former spokesman, says if Republicans are betting on Reid to blink, "they're gonna be sorely disappointed."

Reid says he is ready to negotiate, but only once the government's fully funded.