Accessibility links
House GOP's Latest Idea: A Fiscal Supercommittee, Sort Of : It's All Politics Republicans are calling for a new special panel to work out a deal to reopen government and raise the debt ceiling. Its prospects aren't very good. 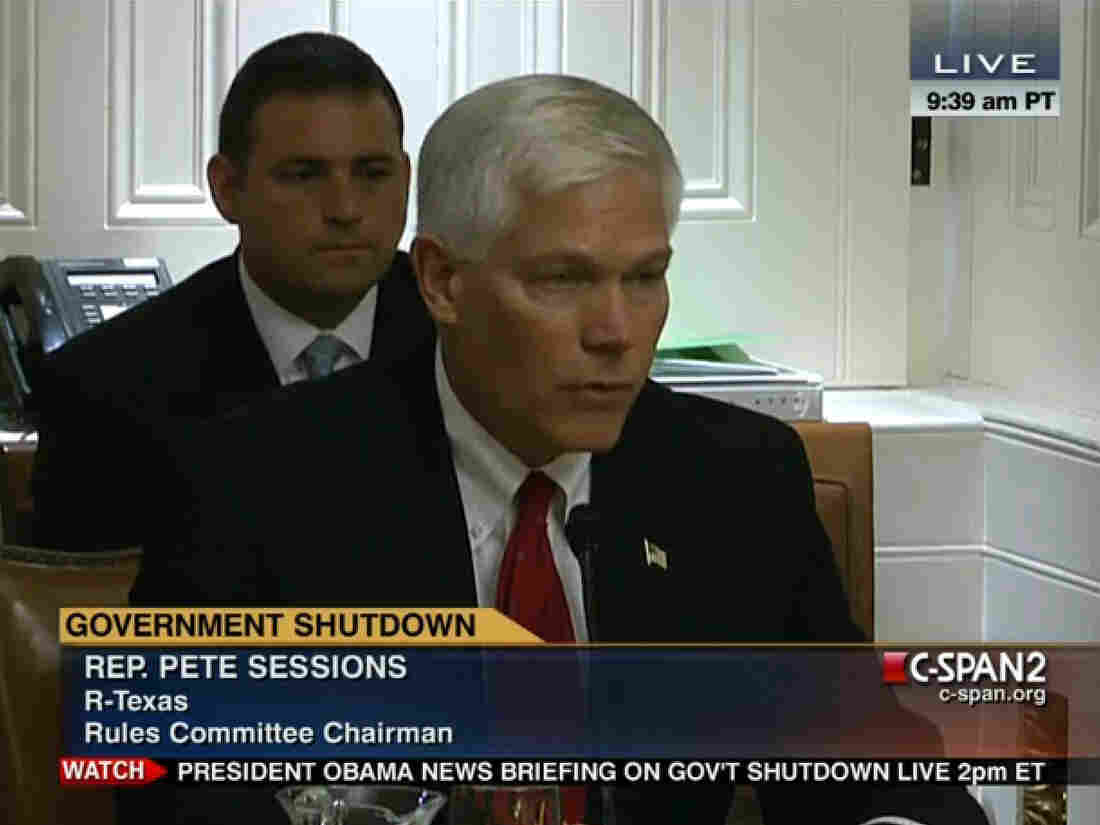 Rep. Pete Sessions (R-Texas) at the hearing where he discussed his bill to create a bipartisan committee to tackle fiscal issues. C-SPAN screen shot hide caption 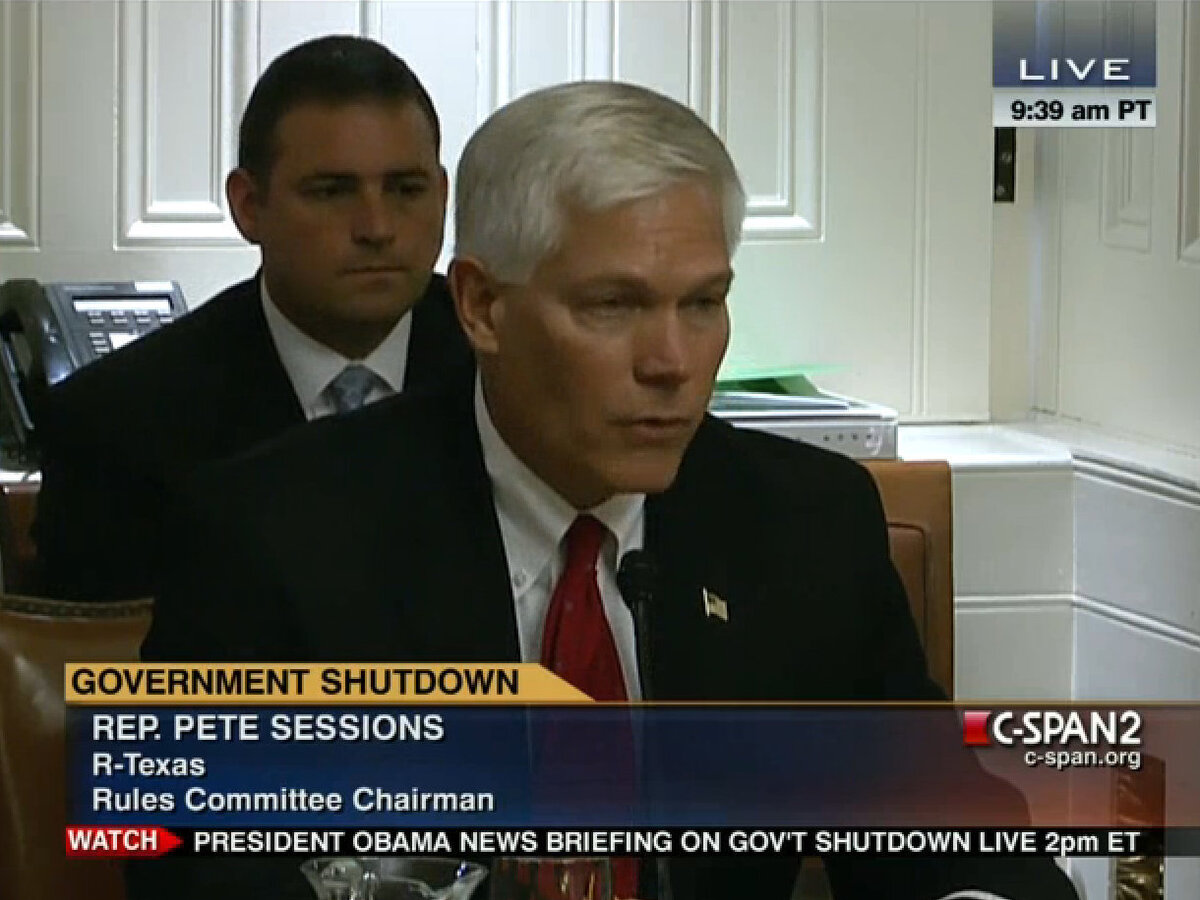 Rep. Pete Sessions (R-Texas) at the hearing where he discussed his bill to create a bipartisan committee to tackle fiscal issues.

The latest House GOP gambit in the fiscal fight is ... wait for it ... a supercommittee.

But Republicans aren't calling it a supercommittee since that's the term for the failed panel that brought us the the sequester.

Instead, it's called the Bicameral Working Group on Deficit Reduction and Economic Growth. The special panel would have 20 members, evenly divided between the House and Senate, who would recommend a budget for fiscal 2014 (which began Oct. 1), and craft details of a new debt ceiling and spending cuts.

One problem with the idea: The proposal has practically no chance of passing in a Senate led by Majority Leader Harry Reid (D-Nev).

President Obama was also dismissive in his Tuesday press conference.

"Now, there is already a process in place called the budget committees that could come together right now — Democrats have been asking for 19 months to bring them together — make a determination how much should the government be spending next year," he said. "And that's a process that's worked reasonably well for the last 50 years. I don't know that we need to set up a new committee for a process like that to move forward."

The legislation is the House Republicans' attempt to codify as much as possible their request for negotiations with President Obama and Senate Democrats.

And when Senate Democrats consign it to the ever-growing pile of House GOP bills they've killed, Republicans can point to that as yet another example of Democratic intransigence.

"A president of the U.S. should provide leadership and that includes negotiating with people, even someone you disagree with. And that is the mark of a leader, and that is why we're here today," Rep. Pete Sessions (R-Texas), the House Rules Committee chairman, said at a hearing considering the legislation.

What was odd about that was that nothing in the legislation even mentions the president, which Democrats at the hearing noted.

"I expected better," she said. "Another supercommittee? For crying out loud. Look what happened to the last one. The last one just threw up its hands and said, 'We can't do another thing.' This is leadership?"

Well, yes, as the 14-term congresswoman knows better than most, in Washington, proposing a committee to solve tough problems does often pass for leadership.