Accessibility links
Koch Industries Pushes Back Against Harry Reid : It's All Politics After Reid accused them of leading a two-pronged campaign against the ACA and for a government shutdown, the conservative billionaires accused the Senate majority leader of spreading "false information." 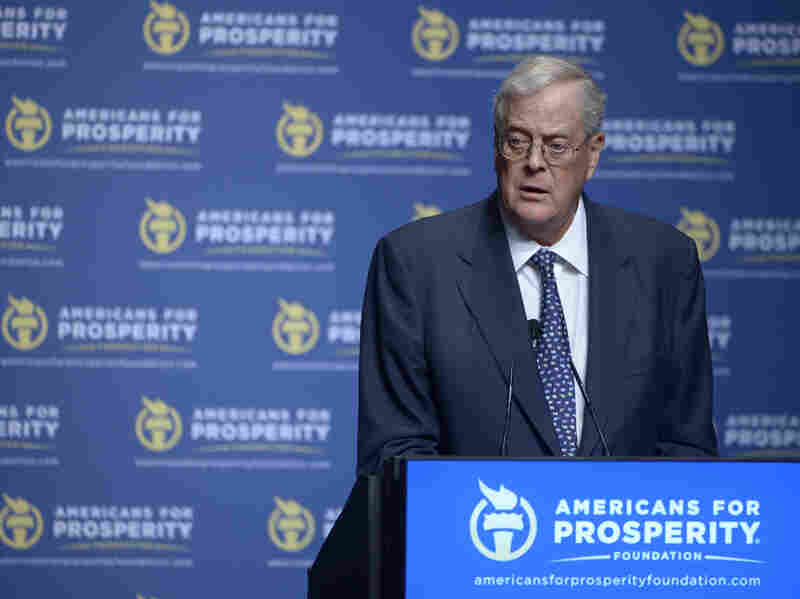 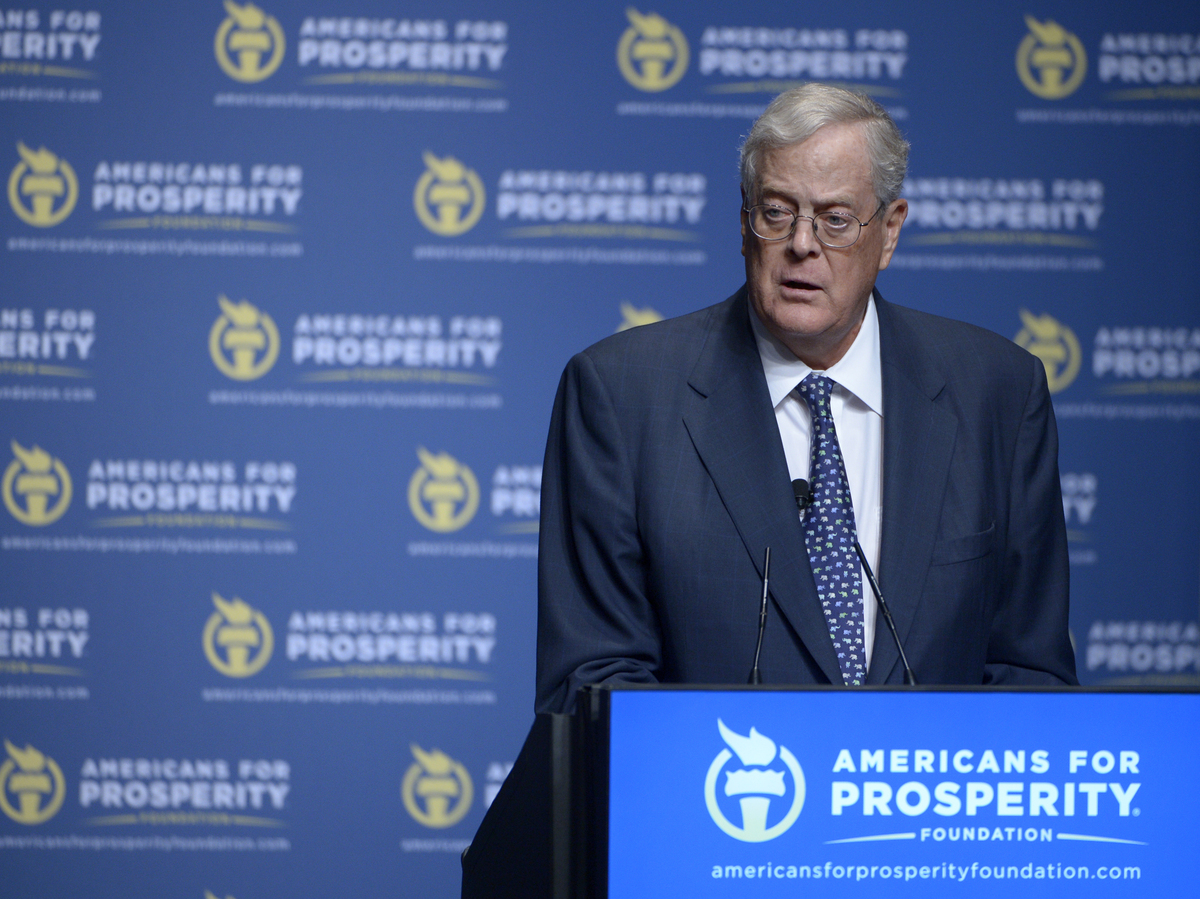 David Koch addresses attendees of the Defending the American Dream Summit in Orlando, Fla., on Aug. 30.

Most business interests would do anything to avoid a public fight with the most powerful man in the Senate.

The privately owned conglomerate of conservative billionaires David and Charles Koch is busy trading volleys with Majority Leader Harry Reid in the battle over the Affordable Care Act and the government shutdown.

What's unusual here is the word trading. It wasn't so many years ago that the Koch brothers and their company would have said nothing, just absorbed political slams without comment.

But that reticence has been steadily fading as political temperatures rise. And this week, when Reid accused the Koch brothers of leading a two-pronged campaign against the ACA and for a shutdown, it took less than a day for Koch Industries to punch back.

Philip Ellender, an executive at Koch Companies Public Sector, distributed a letter on Capitol Hill Wednesday, taking on what he called "false information presented about Koch [Industries] on the Senate floor by Senate Majority Leader Reid" the day before. Ellender expressed hope that Reid "and other politicians will stop misrepresenting and distorting Koch's position."

Reid, citing a New York Times article that ran Sunday, had attacked David and Charles Koch and said the brothers and former Attorney General Ed Meese led other conservatives in "raising and spending hundreds of millions of dollars" to fight the health care law and instigate the shutdown.

"By shutting down the government, and that's what happened, we're satisfying the Koch brothers and Ed Meese, but millions of people in America are suffering," Reid said.

Ellender's letter says that Koch Industries believes the ACA will increase deficits, bring down health care standards and raise taxes. But he wrote that Koch Industries "has not taken a position on the legislative tactic" of linking the government funding resolution to a provision cutting off money for the ACA, "nor have we lobbied on legislative provisions defunding Obamacare."

But that still leaves the political groups backed by the Kochs — and they haven't been so hands-off. Americans For Prosperity, which the brothers have long supported, has campaigned hard to repeal Obamacare. And Heritage Action for America, which spearheaded the defunding effort, got $500,000 in 2011 from Freedom Partners, a business association that's part of the Koch network.

Just to add to the Koch confusion, Michael Needham, the head of Heritage Action, was asked Wednesday about that $500,000 contribution: It came from the Koch brothers, he said.