Accessibility links
Shutdown Takes A Toll On GOP In Virginia Governor's Race : It's All Politics Republican Ken Cuccinelli had been trailing Democrat Terry McAuliffe by a few points in the polls before the partial government shutdown. But since then, McAuliffe's lead has clearly widened in a state that's home to many federal employees. 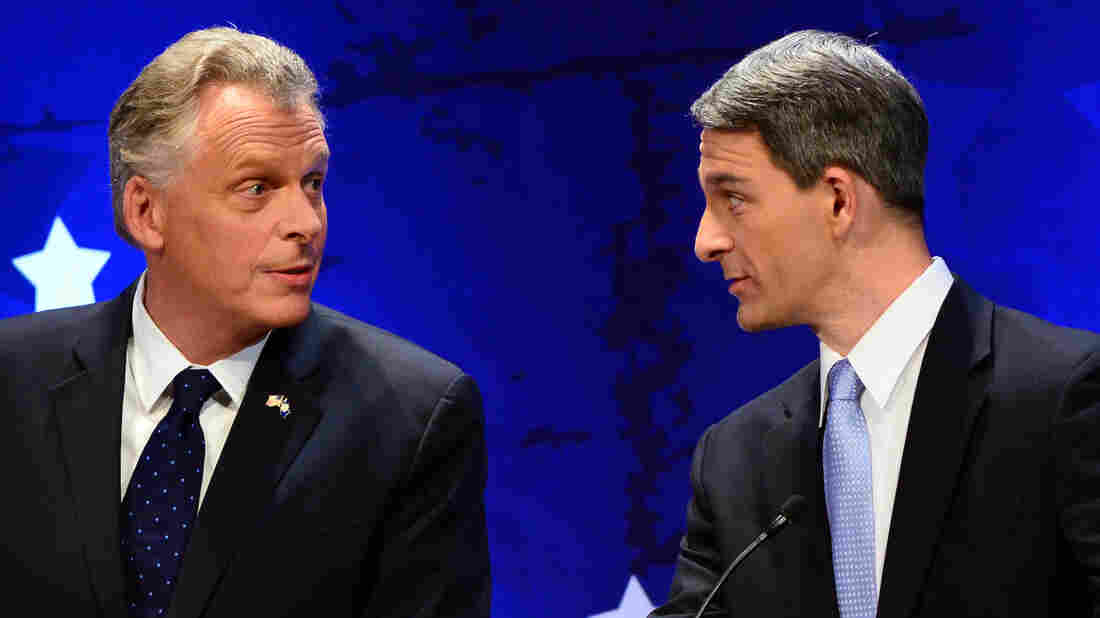 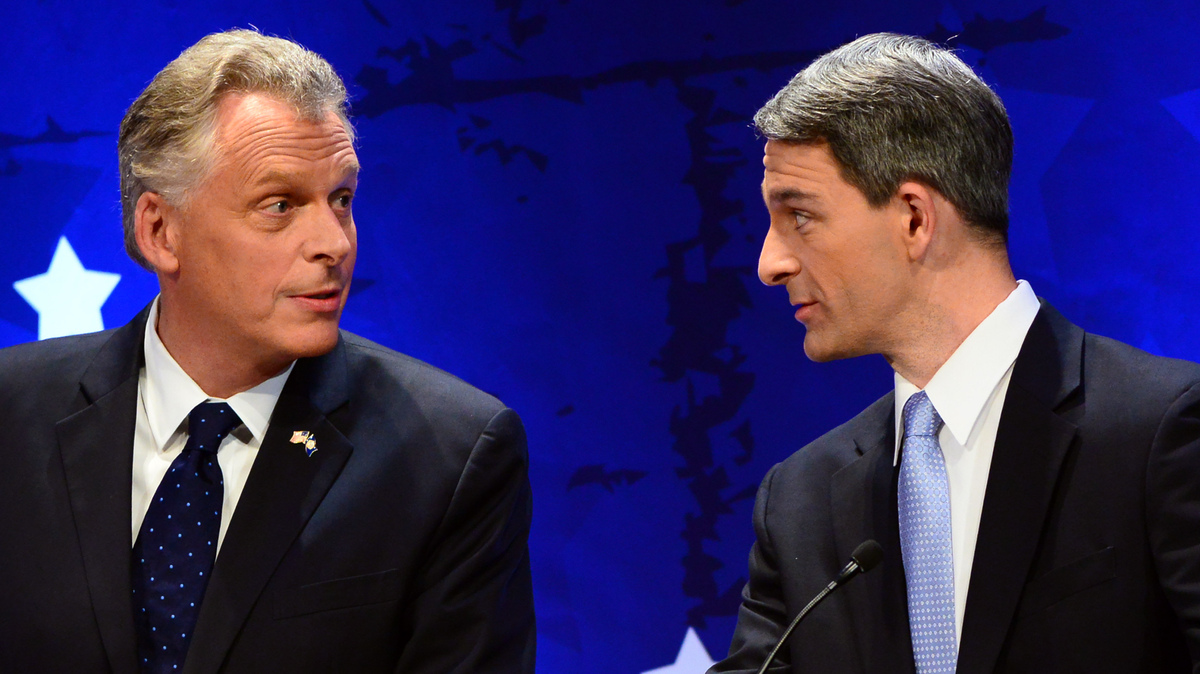 With the government shutdown now in its 11th day, polls show that voters think Republicans bear the biggest share of the blame.

Nowhere is this more apparent than in Virginia — a state that's home to some 172,000 federal civilian workers and where federal spending is a big part of the economy. In the race to be Virginia's next governor, GOP candidate Ken Cuccinelli is falling in the polls.

Marsha Rippy, a legal assistant in Hopewell, Va. — not far from Richmond and near Fort Lee, a big Army base — says the shutdown has taken a toll in her community.

Rippy has been active in Republican Party politics for 15 years. But she says that this November she will not be voting for the party's gubernatorial candidate. She says Cuccinelli is too close to the Tea Party wing of the GOP, which she holds responsible for the federal shutdown.

"I view them as too extreme and harmful to the country," she says. "I just simply cannot support a candidate that endorses their platform."

Rippy says her decision not to support Cuccinelli "is a big deal for me." And she's not alone.

Michael Karabinos, who works for a health insurance company in Richmond, says he voted for outgoing Republican Gov. Bob McDonnell four years ago. But in this election, Karabinos plans to vote for the Libertarian candidate, Robert Sarvis.

Karabinos says "giving Cuccinelli a win is also giving a win to the same branch of the Republican Party that's pushing this shutdown ... the party that left me behind."

Virginia Governor's Race: Negative And Getting More So

Cuccinelli, currently Virginia's attorney general, is strongly conservative, especially on social issues. Until the past week or so, opinion polls had him trailing former Democratic National Committee Chairman Terry McAuliffe by a few points.

But in surveys taken since the government shutdown, McAuliffe's lead has clearly widened — in some polls, into double-digits.

Brock McCleary, the president of Harper Polling, says that's because of "a myriad of factors."

"Part of it is money; part of it is the issue matrix; but you can't doubt the fact that the shutdown is having a negative impact for Republicans in Virginia," McCleary says.

Quentin Kidd, a political science professor at Christopher Newport University in Newport News, says the shutdown fits into a "larger narrative that's formed about Cuccinelli — that he's just like the Republicans in Congress."

Kidd says Cuccinelli's appearance last weekend at an event in Richmond that also featured shutdown architect Sen. Ted Cruz "links Ken Cuccinelli to that shutdown in an important way, I think, in the minds of the voters."

Cruz, the Texas Republican, and Cuccinelli were not onstage together at the fundraiser for a conservative group, but Democrat McAuliffe wasted no time making a connection in a radio spot.

"It's no surprise that Cuccinelli supports the Tea Party in Congress," the ad's narrator says. "It's Terry McAuliffe who's joining common-sense Americans in asking that we open the government and stop the political games that are hurting Virginia families. Let's reject Cruz's and Cuccinelli's extreme approach."

Cuccinelli has done his best to distance himself from the federal shutdown. In a forum at the University of Richmond on Thursday night, he tried turning the tables on McAuliffe, saying the Democrat had threatened to shut down state government.

"My opponent was saying that he would not sign a Virginia budget that didn't include the Medicaid expansion," he said, adding, "Folks, in Virginia that's a government shutdown."

Virginians throughout the state will certainly welcome an end to the federal shutdown — none more so than Cuccinelli. But with a little more than three weeks left to campaign, a resolution may come too late to do Cuccinelli much good on Election Day.