Accessibility links
Public Opinion Toward Tea Party Hits Low Point : It's All Politics Since 2010, negative views toward the Tea Party have nearly doubled, and the number of "very unfavorable" views of the group has tripled. 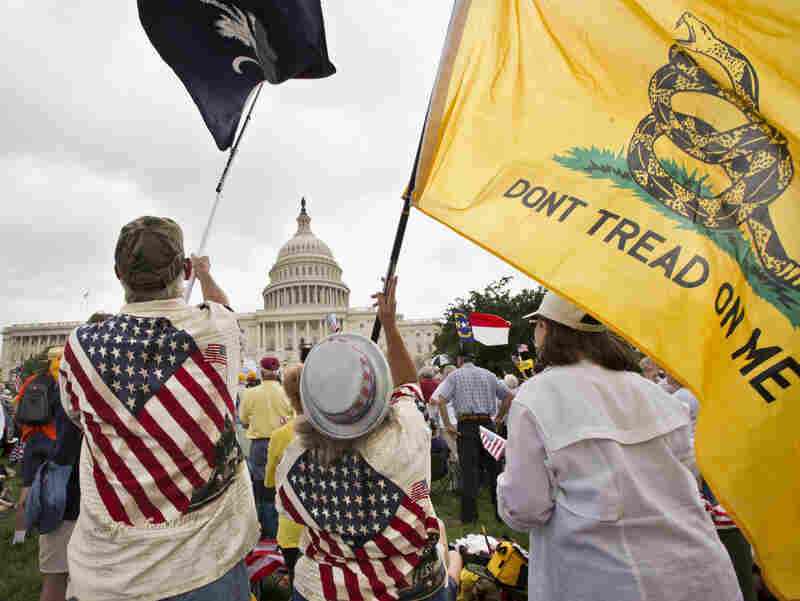 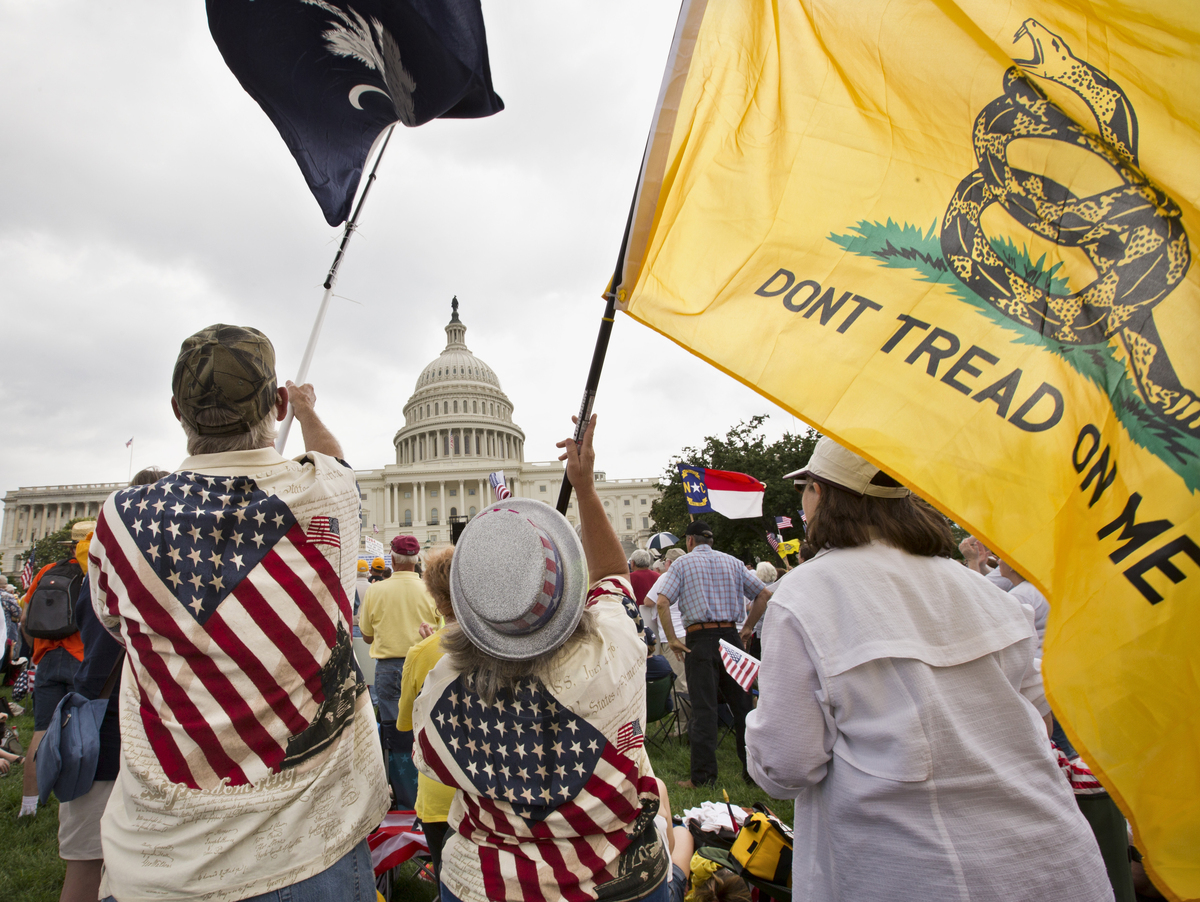 Tea Party activists attend a June rally on the grounds of the Capitol.

The Tea Party's standing with Americans is at its lowest point since the movement took shape in 2010, according to a Pew Research Center poll released Wednesday.

The survey, conducted from Oct. 9-13, reports that nearly half (49 percent) of the public now view the Tea Party unfavorably, compared with 30 percent who view it favorably. Since February 2010, when Pew first began gauging opinion on the Tea Party, unfavorable views have nearly doubled, and the number of "very unfavorable" views has tripled.

In June, when Pew last polled on the Tea Party and before the latest Washington budget battle fully ratcheted up, 45 percent said they held an unfavorable view of the Tea Party, while 37 percent reported they had a favorable view.

Michael Dimock, the director of the Pew Research Center for the People and the Press, told All Things Considered host Audie Cornish that one of the issues is that people don't really know what the Tea Party is about.

"There's not really a consensus about what the Tea Party is, whether it's kind of an outside group trying to steer policy or whether it's working within the Republican Party itself," Dimock says.

The poll, which was in the field as congressional Republicans continued their push to remove financing for President Obama's health care law as part of a deal to reopen the government, found that the Tea Party's popularity is falling even among Republicans.

Pew Poll: Support For Tea Party Drops To Lowest Ever

Pew Poll: Support For Tea Party Drops To Lowest Ever

The popularity of freshman Sen. Ted Cruz, R-Texas, who has championed the movement to defund Obamacare, is soaring among Tea Party members: 74 percent view him favorably, while just 8 percent rate him unfavorably.

That's a dramatic rise from July, when 48 percent of Tea Party members said they viewed him favorably. Cruz's stature is also growing among Tea Party Republicans: 18 percent think of him as the leader of the GOP, second only to House Speaker John Boehner, who leads with 28 percent. No other Republican is even close to those two.

But Cruz, a potential 2016 presidential candidate, still has a ways to go in winning over the rest of the GOP.

Despite the criticism Boehner often receives from the most conservative wing of his party, he continues to have a higher favorability rating among Tea Party members than the rest of the GOP.

His GOP counterpart in the Senate, Minority Leader Mitch McConnell, doesn't fare as well with Tea Party members. McConnell, who faces a tough re-election fight in 2014 and is already sustaining attacks from conservative grass-roots groups, saw his unfavorable rating spike over the past three months.

While his favorable rating remained essentially steady among Tea Party members at 45 percent, his unfavorables jumped to 32 percent in October, up from 23 percent in July.