Accessibility links
Tom Foley, A House Speaker Who Embraced Compromise And Comity : It's All Politics Foley, who died Friday at age 84, was in some ways ideally suited to be speaker. A generation ago he held together the regional and ideological factions of his own Democratic party while speaking calm and consistent reason to his foes across the aisle.

Tom Foley, A House Speaker Who Embraced Compromise And Comity

Tom Foley, A House Speaker Who Embraced Compromise And Comity 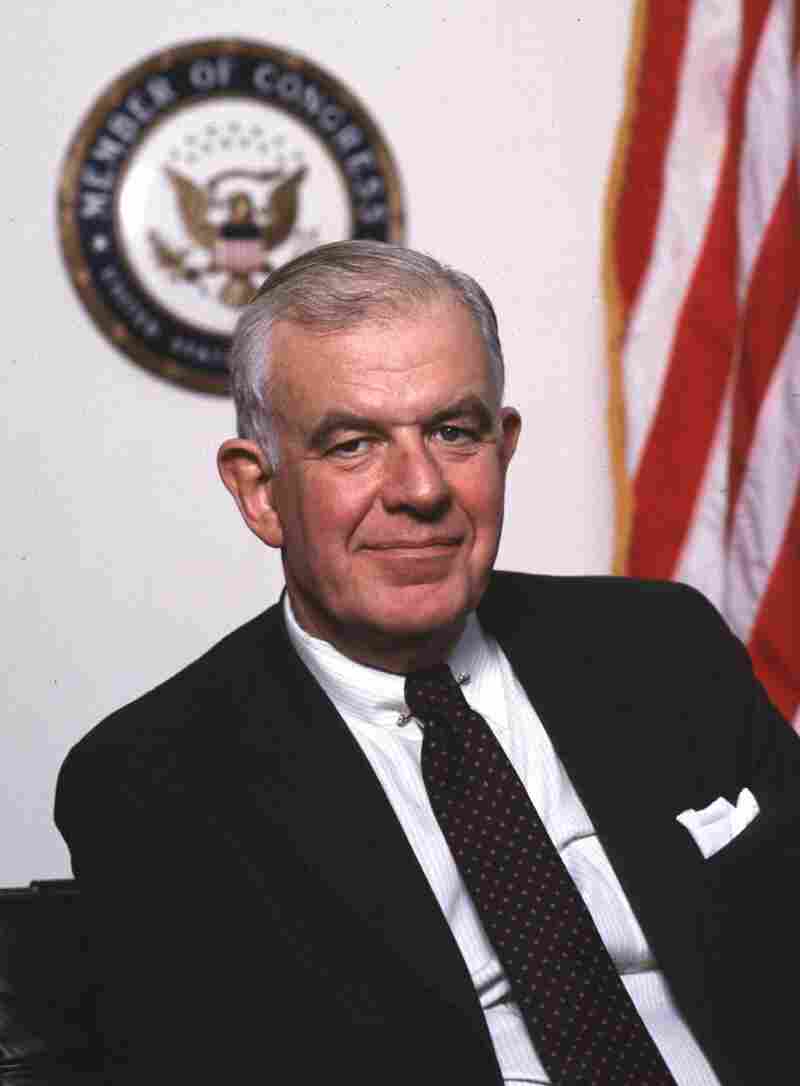 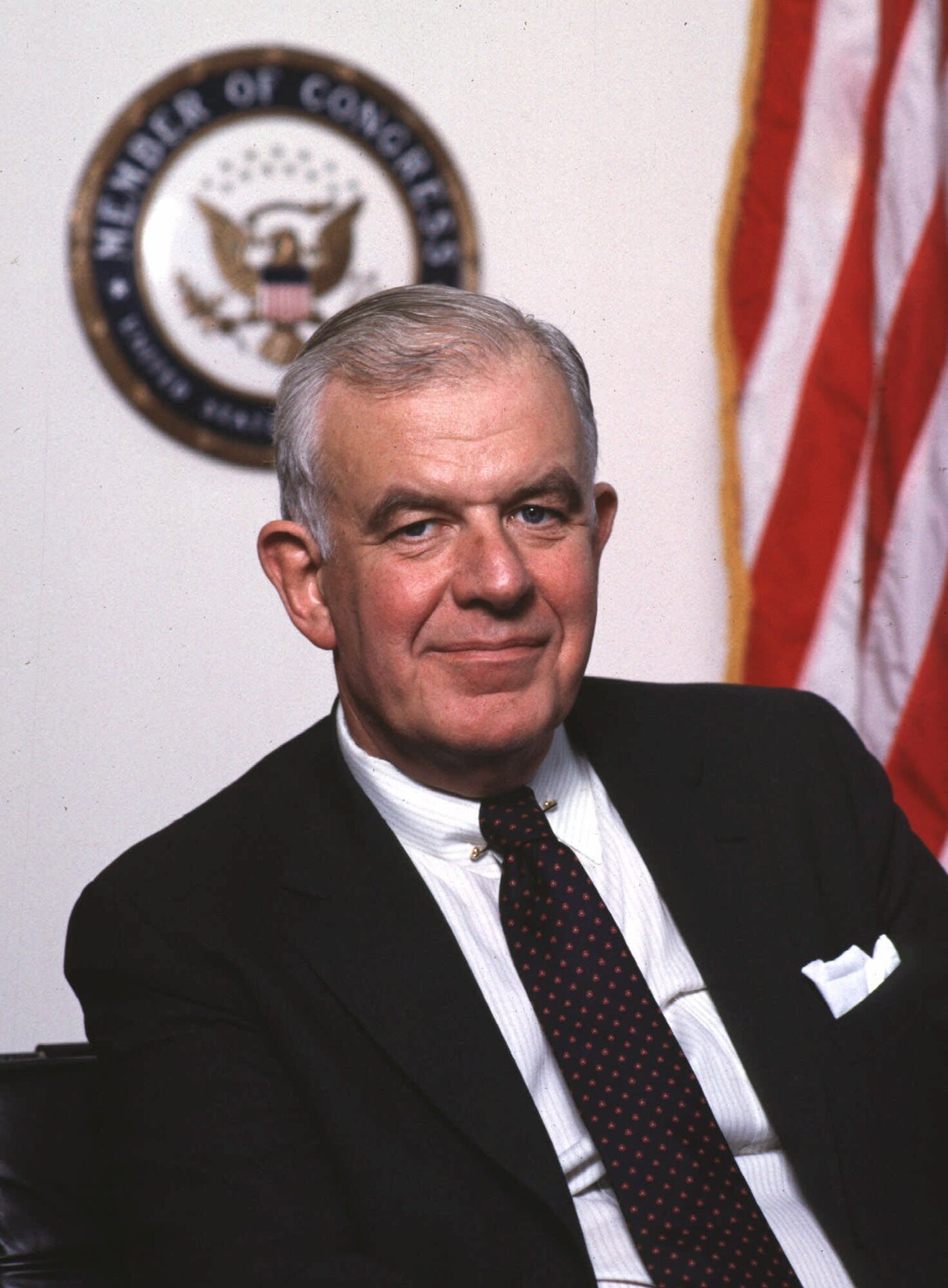 Democrat Tom Foley served Washington state's 5th Congressional District for 30 years and was House speaker from 1989 to 1995. He died Friday at age 84.

Former Speaker of the House Tom Foley was the product of far different times, yet his career in politics a generation ago still carries a message current congressional leaders might want to heed.

Foley came to Washington with new Democratic members elected on the coattails of Lyndon Johnson's presidential landslide in 1964. The son of a judge, he had hoped to follow his father on the bench but missed out on an appointment and decided to run for Congress instead. In that fall's Democratic tide he defeated a 20-year Republican incumbent in eastern Washington's largely rural 5th District.

He served on the Agriculture Committee, a place where party mattered less than alliances by region and commodity. He learned how to put de facto coalitions together and move big bills that literally determined the food-and-fiber fate of the nation. As congressional tasks went, there was none more basic. And after a relatively short time, Foley was the committee chairman.

The electoral fates of others continued to open opportunities for the man from Spokane. He moved into the leadership as chairman of the Democratic caucus, then became the party whip when John Brademas of Indiana was defeated. When Tip O'Neill retired in 1987, Foley became the Democratic majority leader; and when Speaker Jim Wright resigned in disgrace two years later, Foley became the speaker.

He immediately set about healing the rifts that had made the House a rancorous and nearly impossible chamber in the late 1980s. He helped engineer the extraordinary, four-month-long budget negotiation in 1990 that led President George H.W. Bush to break his "read my lips, no new taxes" pledge.

That bipartisan agreement was initially rejected by majorities of both parties in the House, but Foley helped overcome the opposition of Republicans like Newt Gingrich and secure the deal's enactment. Deficits would soon begin to decline, and by the end of that decade the budget was basically in balance, a situation that was rapidly reversed after the election of the second President Bush in 2000.

Foley was in some ways ideally suited to be speaker, because he held together the regional and ideological factions of his own party while speaking calm and consistent reason to his foes across the aisle. In the 1980s it was common to hear Republicans say Foley was their favorite Democrat and ought to be speaker. He combined formidable powers of intellect with an unusual talent for hearing other people out. "I am a little bit cursed," he once told this reporter, "by the ability to understand the other person's point of view in an argument."

That did not always endear him to his Democratic colleagues, of course, and it was not nearly enough to maintain the affection of Republicans when the partisan wars resumed late in 1991.

That was when the then-General Accounting Office reported that House members were routinely writing overdrafts on their accounts at the House bank. They were, in effect, writing themselves interest-free loans on paychecks they had yet to receive. Some members had hundreds of such overdrafts.

Foley always argued that the controversy was overblown. No money had been lost; no checks had actually bounced. It was a minor abuse of privilege, perhaps, but no crime. Nonetheless he was compelled to close the House Bank and launch an ethics investigation that grew well beyond its initial mission. Some Democrats and Republicans alike met defeat in the primaries of 1992; others, in the elections that November.

The other disaster that overtook Foley's speakership was the election of a Democratic president, Bill Clinton, who took office in 1993. Clinton undertook to stimulate the economy with new spending and to raise taxes beyond the 1990 budget agreement. He also set in motion a vast overhaul of the health care and insurance systems that failed to win approval from Congress.

Foley had made a critical error in the campaign year: He had allowed his name to be attached to a lawsuit in his home state that challenged a term-limit referendum approved by the voters there. He was, in a sense, suing his own voters.

But in a larger sense, Foley was in the way of a huge historical turnaround. On that November day in 1994, Republicans captured a majority of House seats, Senate seats and governorships in the South for the first time since the Reconstruction era. The GOP has held the upper hand in all three categories ever since.

Foley himself would have preferred to be remembered as a leader for the institution of Congress. He saw the speaker as "the leader of the whole House," not just the majority party. He had hoped that better times in the 1990s would allow greater cooperation between the parties, much as there had been in his salad days as a junior member on the Agriculture Committee.

He had also hoped that aggressive challengers on the GOP side, such as Gingrich, would grow impatient and move on, leaving the House to more conventional and traditional Republicans like Bob Michel of Illinois.

Instead, in the wake of the House Bank fracas and the rise of Bill Clinton, Gingrich was thrust to the forefront of his party. And when Foley met his downfall, Gingrich and not Michel became the first Republican speaker in 40 years.

Today of course, we look back on such wars as being all but ancient history. But Speaker John Boehner, R-Ohio, looking back on recent weeks, may see a distant mirror for his own 2013 House. He has surely reflected on how internal struggles among Democrats weakened Foley's hand two decades ago and ultimately cost him his majority.

After losing his place in Congress, Foley served six years as President Clinton's ambassador to Japan. Foley died Friday at his home in Washington, D.C., following a stroke and a bout with pneumonia. He was 84.