Accessibility links
Health Site Glitches Have At-Risk Democrats Favoring Delay : It's All Politics As Republicans slam the messy rollout of HealthCare.gov, Democrats in conservative states could score political points by supporting an extension of the open enrollment period. 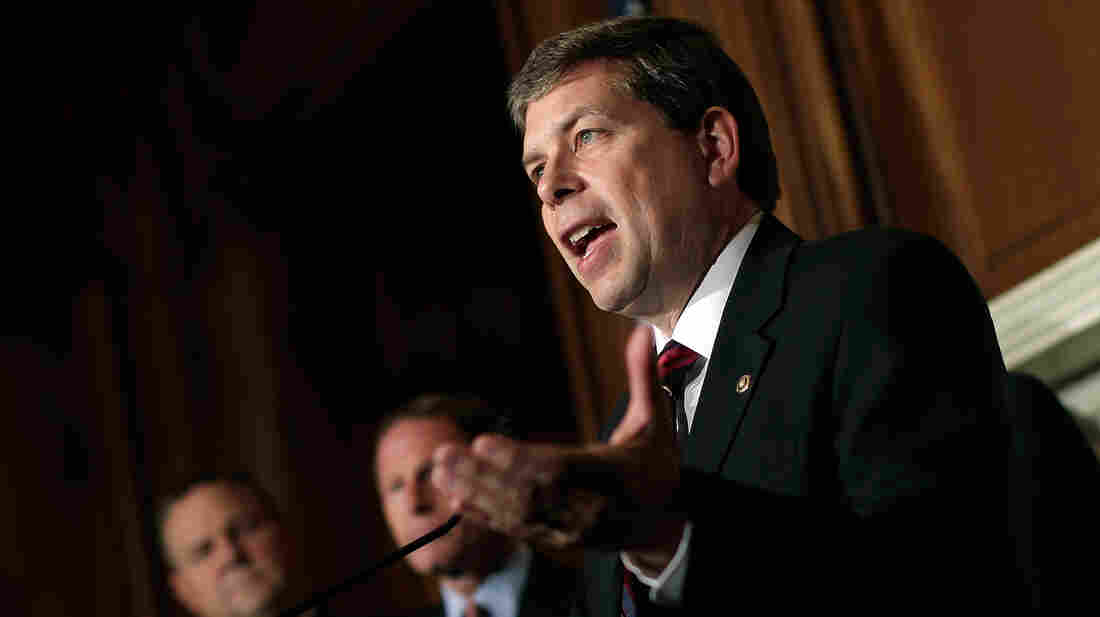 Sen. Mark Begich of Alaska is one of five Democrats in the Senate calling for a delay in the enrollment deadline for the Affordable Care Act. He says consumers shouldn't be punished for the technical problems that have plagued the health law's website. Win McNamee/Getty Images hide caption 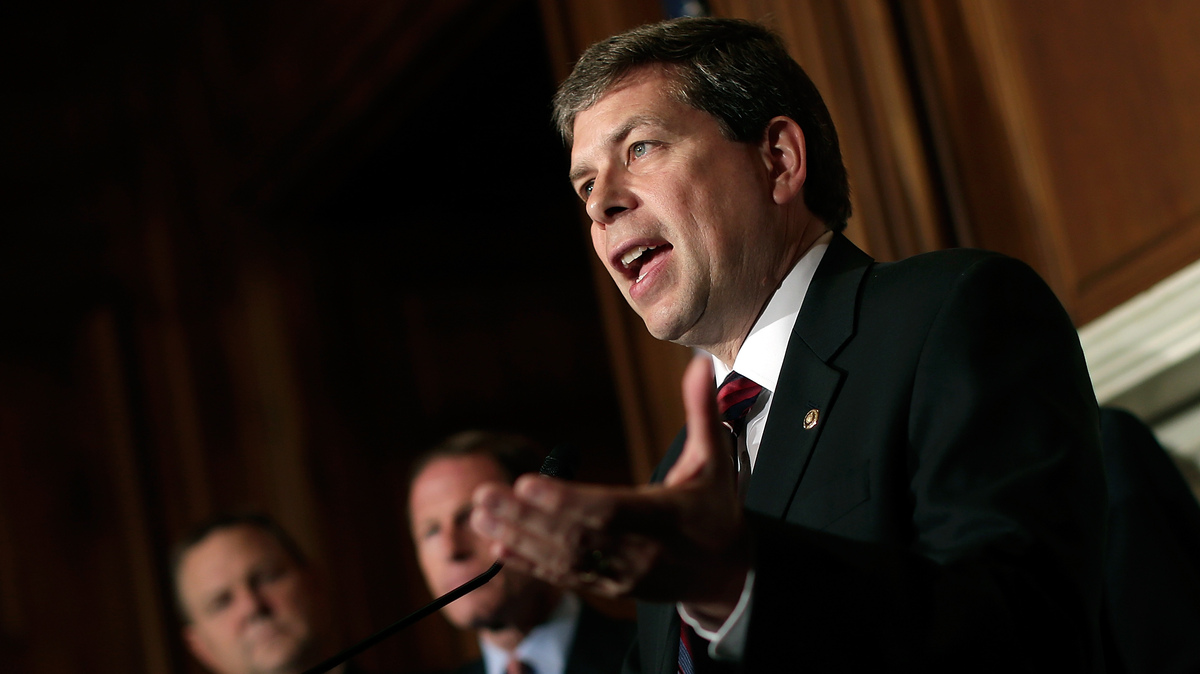 Sen. Mark Begich of Alaska is one of five Democrats in the Senate calling for a delay in the enrollment deadline for the Affordable Care Act. He says consumers shouldn't be punished for the technical problems that have plagued the health law's website.

The messy rollout of the online exchanges under the Affordable Care Act has provided fodder for Republicans determined to make Obamacare an issue in the 2014 elections.

A handful of Democratic incumbents in battleground states are among senators now calling for an extension of the open enrollment period, which could be a way to curry favor in relatively conservative states.

It might be hard to find a senator more obsessed with how well HealthCare.gov is running than Democrat Mark Begich of Alaska. He says he goes on to the site once or twice every day. He'll even poke around while flying from Alaska to D.C.

The consumer did not cause the problem with the website. Why should they get penalized?

Begich has already enrolled his brother in Nevada and he's almost done enrolling himself. He says he likes to call the White House when he notices annoying things about the website.

"I joke with the White House all the time that I'm their beta tester senator," Begich says. "I'm constantly sending them notes [and] ideas on how to improve the website."

Begich says it was a no-brainer for him to ask the White House to extend the open enrollment period for every week the exchanges haven't been working.

But while Begich says his request was motivated by a sense of fairness, others say politics are at play. Begich happens to be one of five Senate Democrats up for re-election in 2014 who called for delaying the enrollment deadline in a letter to the secretary of Health and Human Services. These Democrats are in Republican-heavy states: Mark Pryor of Arkansas, Mary Landrieu of Louisiana, Kay Hagan of North Carolina and Jeanne Shaheen of New Hampshire, who wrote the letter.

Shaheen told CBS that delaying the deadline is a way to support the health care law.

"My goal is to fix the Affordable Care Act, to make sure people can get that access to health care," Shaheen said. "Unlike a lot of the proposals that we've seen from people whose goal is to repeal it to make sure it doesn't work, I want it to work."

But the move may also be a way for Democrats in more conservative states to earn easy political points, especially at a time when Republicans are highlighting the technical mess by running ads against vulnerable Democrats.

More Technical Issues For Obamacare, But Good News For Medicare

For Obamacare To Work, It's Not Just About The Numbers

A few House Democrats from districts where these ads are running are already responding. They sent a letter to the attorney general demanding that he decide if the government contractors behind HealthCare.gov breached their contracts and should therefore refund the government. Letters like that, and the one signed by Senate Democrats, are the small gestures that can attract swing voters in conservative states.

Charlie Cook of the Cook Political Report says it's easy, like asking someone out on a cheap date.

"For people that are in the middle — moderates, independents, people that are conflicted on the Affordable Care Act — going for a delay of something that's having a really rough launch would seem like an infinitely reasonable thing to do," Cook says.

But Begich chafes at the suggestion that his motives are political. He points out he's pushed for changes to Obamacare for a while, like a two-year delay of the employer mandate.

"I've been very consistent on where I am, but I understand that pundits get into the election cycle mentality, which is I think in a lot of ways creating the inability for us to actually focus on public policy because they always like to interpret things," he says. "None of those pundits have ever called me and asked me what I think."

Some things, Begich says, are actually about fairness, not politics.