Accessibility links
Top Pollster Sees Evidence Of Political 'Shock Wave' : It's All Politics Just a few weeks ago, pollster Bill McInturff characterized the high negative ratings for Congress and the president as "ripples that will take a long time to resolve." Now, with new polling that suggests even deeper voter frustration, he says the political climate is even worse than before. 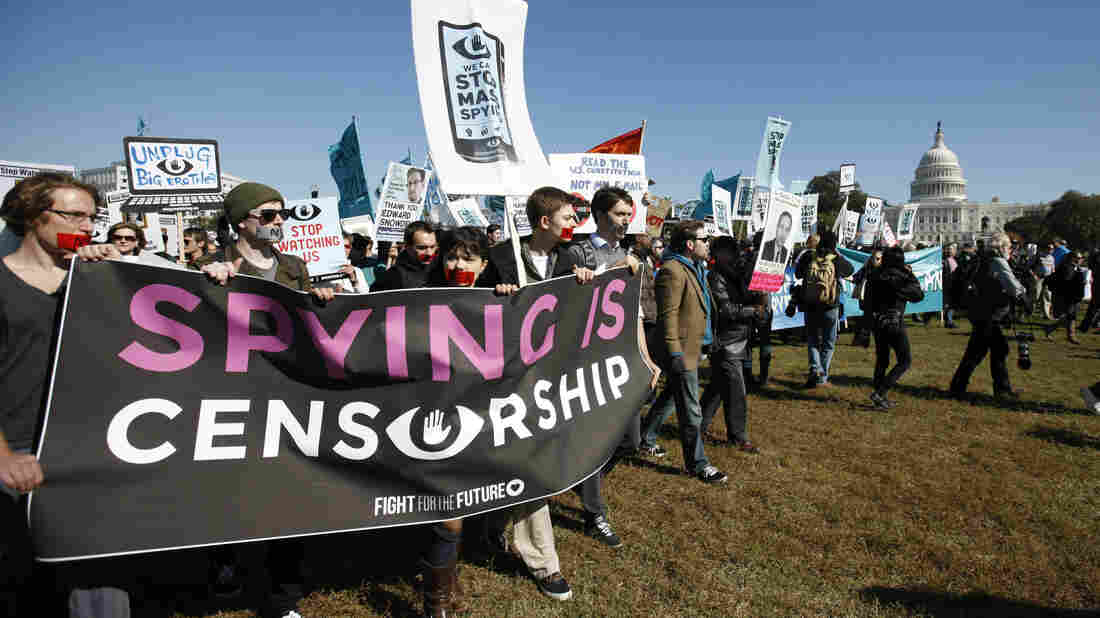 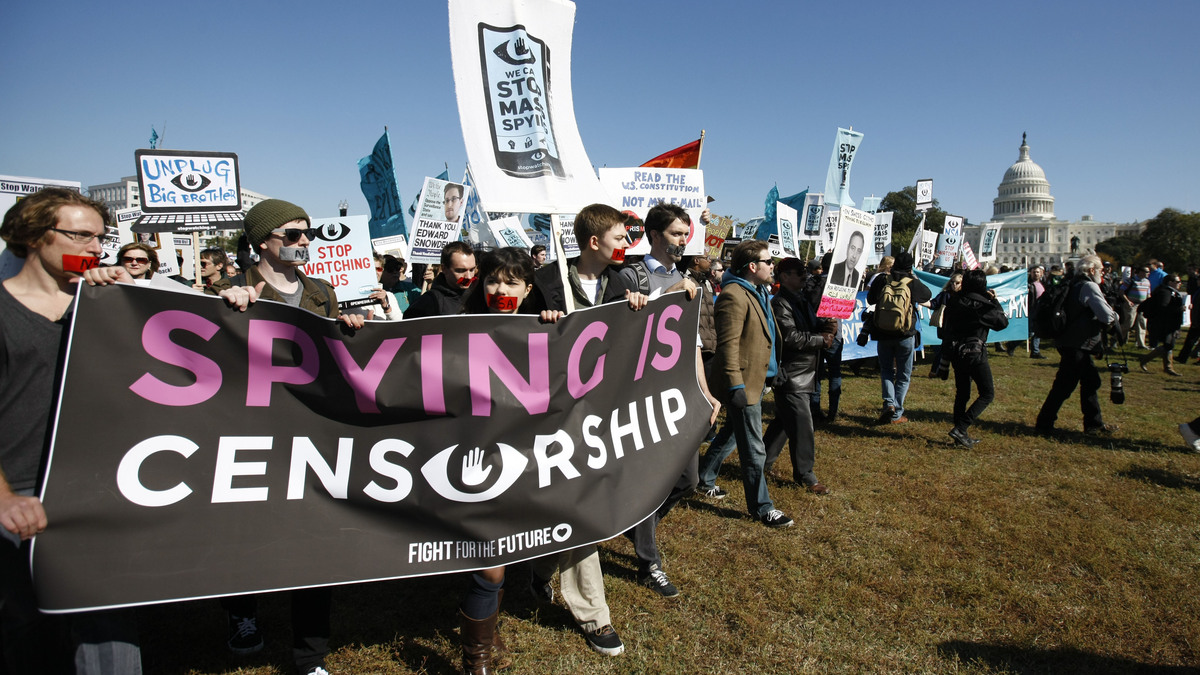 Demonstrators march toward the U.S. Capitol on Saturday to demand that Congress investigate the National Security Agency's mass surveillance programs.

Here's an email that caught my eye Thursday. It's from Republican Bill McInturff, one of the best pollsters around and not someone known to hyperbolize. He was discussing the results of this month's NBC News/Wall Street Journal survey, which he conducts with Democrat Peter Hart.

Just a few weeks ago, McInturff had characterized the high negative ratings for Congress and the president as "ripples that will take a long time to resolve." But McInturff is revising and extending his remarks.

"Ripple," he says, was way too careful.

The word he's using today is "shock wave." He says his new polls have broken all records for a generation of NBC/WSJ polling data. He found:

Why the pox on all their houses? The shutdown and the rollout of the Affordable Care Act exchanges.

McInturff writes, "These events have deeply unsettled people and diminished the public confidence required of a great nation."

I'll be doing more reporting on this next week. You can read the full results here.