Accessibility links
AFL-CIO Lets GOP Speak For Itself In New Immigration Ads : It's All Politics The union is running Spanish-language TV spots in Atlanta, Orlando, Denver and Bakersfield, Calif., in an attempt to pressure Republicans to pass an immigration overhaul.

AFL-CIO Lets GOP Speak For Itself In New Immigration Ads

AFL-CIO Lets GOP Speak For Itself In New Immigration Ads 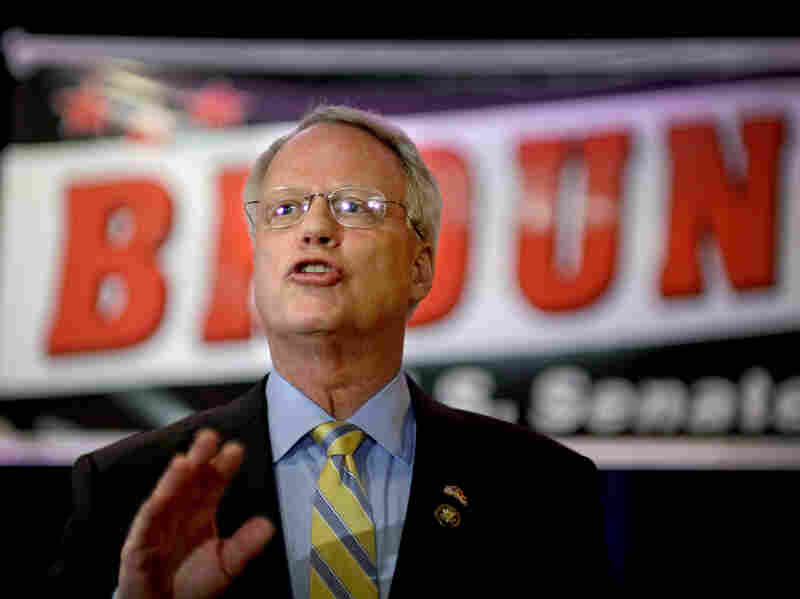 Rep. Paul Broun, R-Ga., announces his plans to run for the U.S. Senate in February. A new AFL-CIO ad features a comment made by Broun regarding illegal immigrants. David Goldman/AP hide caption 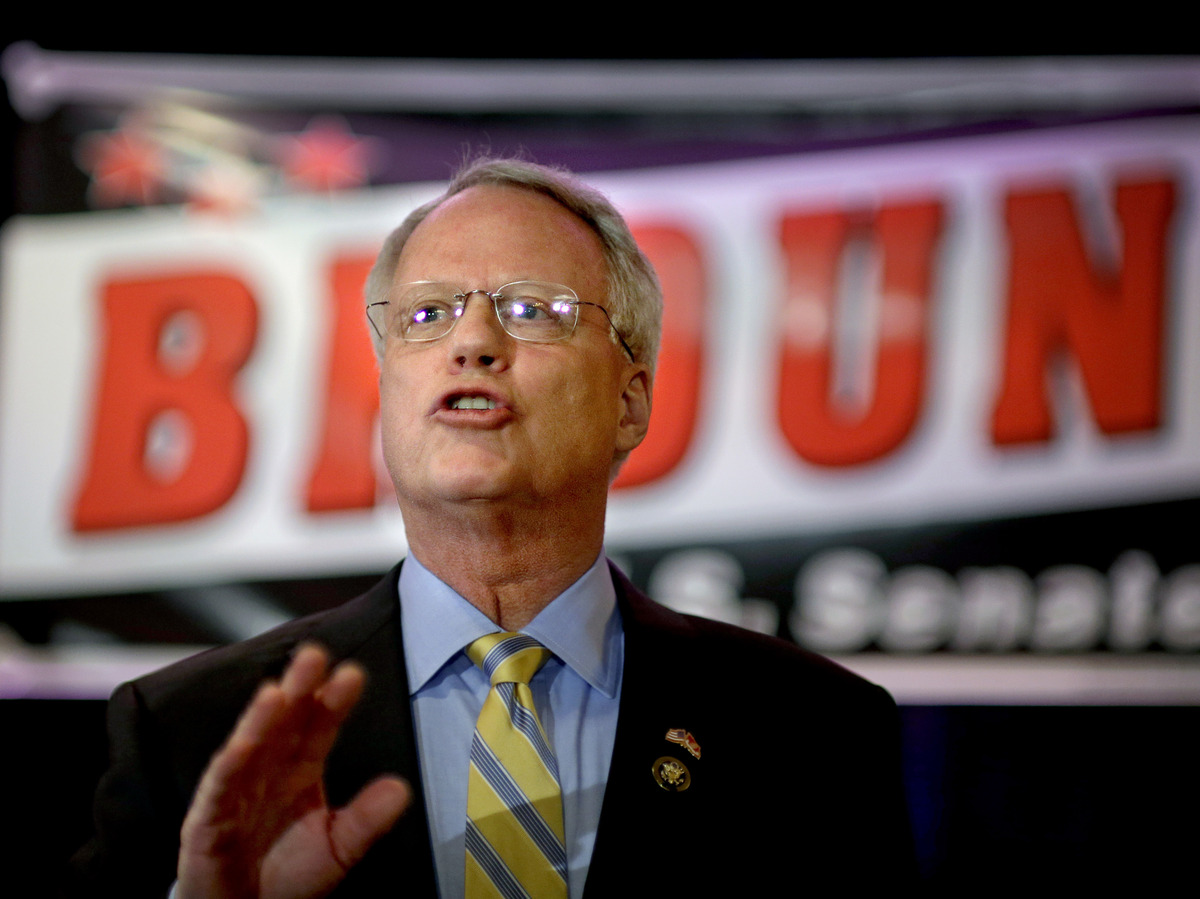 Rep. Paul Broun, R-Ga., announces his plans to run for the U.S. Senate in February. A new AFL-CIO ad features a comment made by Broun regarding illegal immigrants.

The nation's biggest labor group is taking its support for an immigration overhaul to the TV airwaves, with Spanish-language ads that hammer Republican House members.

One ad uses the words of three GOP members. There's Steve King of Iowa saying: "They're hauling 75 pounds of marijuana across the desert," played after a shot of Latinos at a wedding ceremony. And Alabama's Mo Brooks saying: "I'll do anything short of shooting them," after the image of a soldier hugging his wife. Georgia's Paul Broun is featured saying: "These illegal aliens are criminals and we need to treat as such," after a photo of roofers at work.

The spots are running in Atlanta; Orlando, Fla.; Denver, and Bakersfield, Calif. — the districts of Broun, Daniel Webster, Mike Coffman and David Valadao. The union said it is spending more than $1 million, with the ads running a minimum of 210 times in each of the markets over two weeks. The union is also running English-language versions of the ads in the Washington, D.C., market.

All but Broun represent districts that are at least 15 percent Hispanic, according to U.S. census statistics. While Broun's district is only 5 percent Hispanic, he is running for Senate in Georgia, which has one of the highest Hispanic population growth rates in the country.

Of the 11 members, Valadao and fellow Californian Jeff Denham have already co-sponsored the House version of the immigration bill that passed the Senate earlier this year. But AFL-CIO officials said they and others on the list should be doing more to actually persuade their colleagues to support a bill. 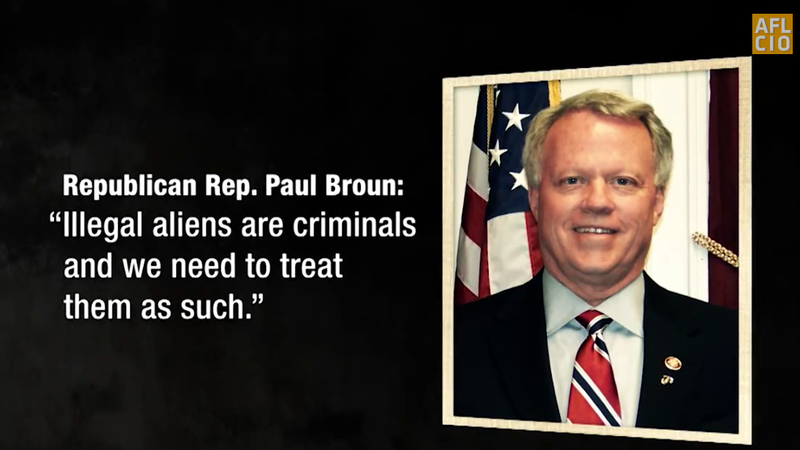 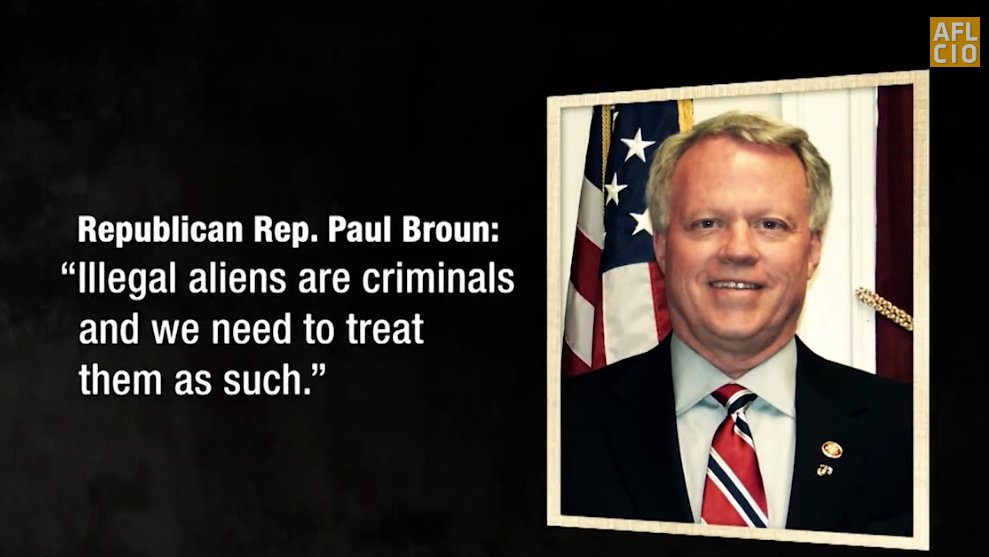 The National Republican Congressional Committee's Andrea Bozek responded: "Obama's liberal allies will do anything to distract from their failed health care law that is raising premiums for families across the country. Republicans are focused on finding solutions to the broken system, not playing political games."