Accessibility links
How Obama's Response To NSA Spying Has Evolved : It's All Politics Over the five months since Edward Snowden began leaking secret documents to the media about American spying, President Obama has adjusted his response to the disclosures. At first, he suggested the concern was misplaced, but more recently, his message has been that something needs to change. 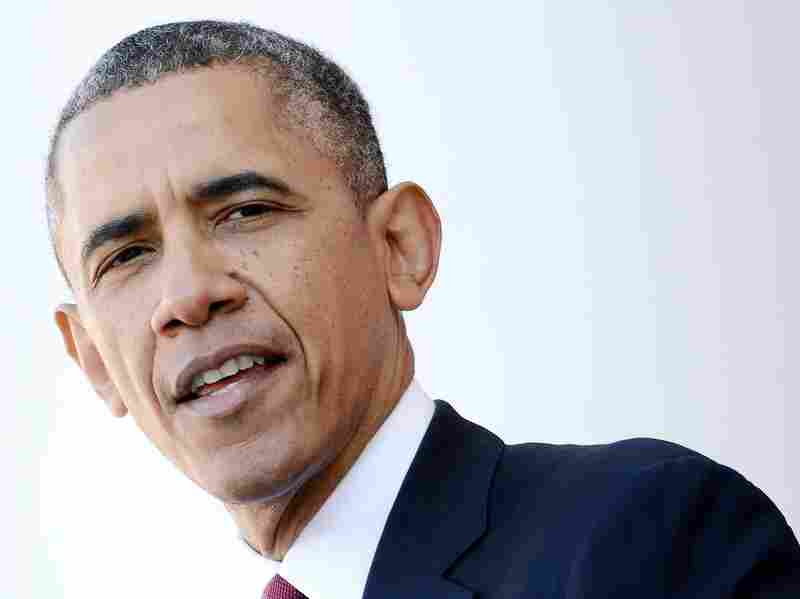 President Obama's response to the NSA spying revelations has changed over the past five months. Getty Images hide caption 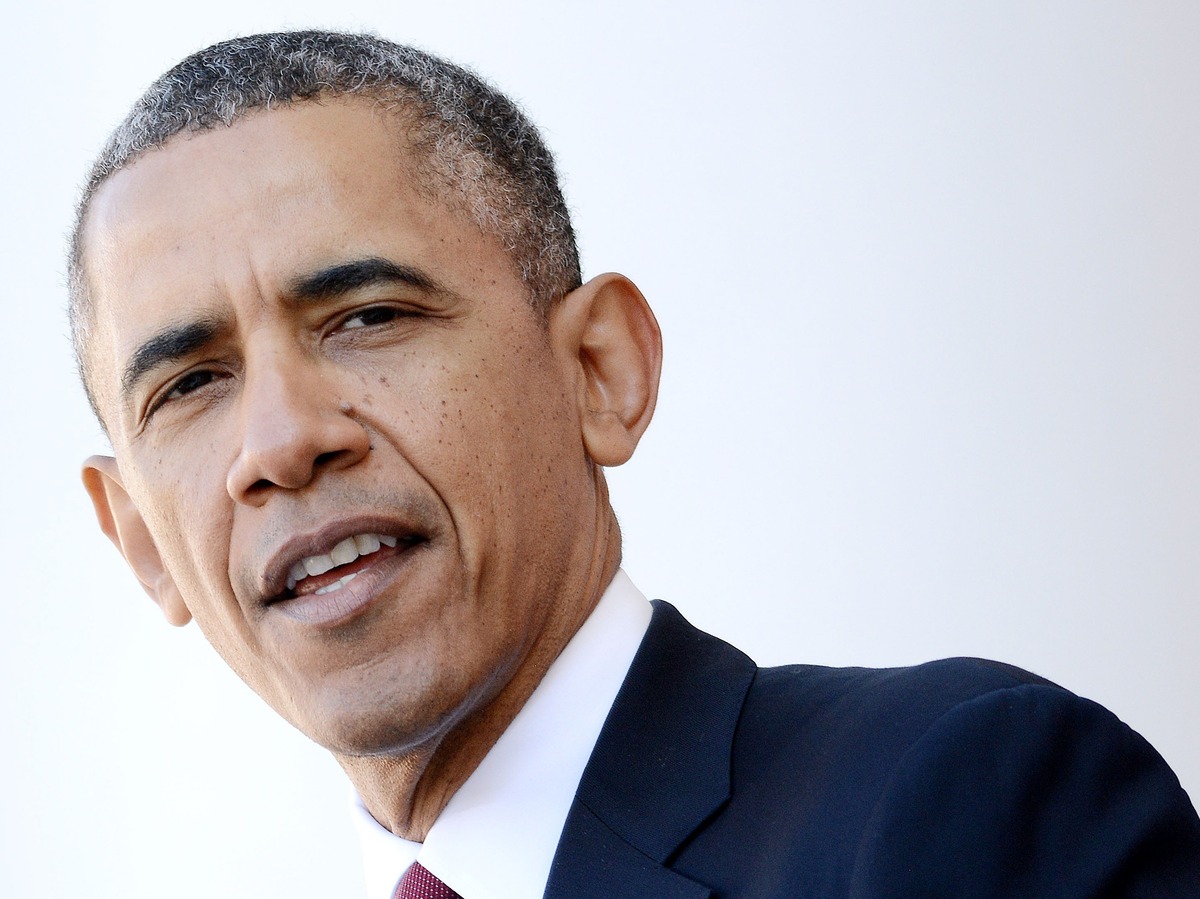 President Obama's response to the NSA spying revelations has changed over the past five months.

A team of surveillance experts on Wednesday delivered preliminary recommendations to the White House on whether and how to amend U.S. spying policies.

President Obama appointed the Review Group on Intelligence and Communications Technology, as it is officially known, as part of his response to global outrage over secret American surveillance programs. The panel's task is to advise the administration on how best to balance security needs against privacy concerns.

The group briefed National Security Adviser Susan Rice, counterterrorism adviser Lisa Monaco and other staff from the National Security Council at the White House, according to NSC spokeswoman Caitlin Hayden. This was an oral presentation, with the final written report due by Dec. 15. Parts of the group's final conclusions will be made public, while the full report will remain classified.

Obama has said he will rely on these recommendations to chart a new path forward for U.S. spying policy. But the president evolved to reach that position, gradually adjusting his response over five months of steady leaks from former defense contractor Edward Snowden.

The spying programs disclosed since June have touched on American people, major companies, world leaders and foreign citizens. The first big story revealed that the National Security Agency was collecting data from Verizon customers in the U.S.

Back then, the White House reaction amounted to: Move along, there's nothing to see here.

"The last thing they'd be doing is taking programs like this to listen to somebody's phone calls," Obama said of the National Security Agency in his first public comments about the leaks.

Obama insisted that cyberspies were not abusing their authority. Rather, he said, they were simply doing everything in their power to stop the next terrorist attack.

"They cherish our Constitution," he insisted.

At every turn, White House aides insisted that spying programs have oversight and checks from judges, lawmakers and officials within the executive branch.

In Senegal, almost a month after the first revelations came out, Obama said: "We are trying to declassify as much as possible so the American people and our international partners feel confidence about how we operate in this regard."

The implication was, "If we could declassify all of this, you would realize that we're not doing anything wrong." But some people with access to the classified information were not reassured.

Sen. Ron Wyden, D-Ore., who sits on the Intelligence Committee, said in July, "From my vantage point, reading those documents that are classified, these violations are more serious than have been stated by the intelligence community and, in my view, are very troubling."

New revelations kept coming, almost weekly. Often one had nothing to do with another, which left the White House struggling to find the right response. It didn't help that some revelations disclosed programs of which even senior White House aides were unaware.

In late summer, Obama's talking points started to change. He told CNN in August, "I think there are legitimate concerns people have that technology's moving so quick that at some point does the technology outpace the laws that are in place and the protections that are in place, and do some of these systems end up being like a loaded gun out there that somebody at some future point could abuse?"

The defensiveness was giving way to self-examination.

Later that month, Obama appointed the Review Group on Intelligence and Communications Technology to look over all of America's spying programs and make recommendations about what should change.

And as summer turned to fall, the drip of secrets continued. Foreign allies were in the cross hairs, as it came out that the U.S. had been eavesdropping on world leaders in Latin America and Europe.

"Meddling in such a manner in the life and affairs of other countries is a breach of international law, and as such it is an affront to the principles that should otherwise govern relations among countries — especially among friendly nations," she said in her speech to world leaders.

And in October, German Chancellor Angela Merkel responded to reports that the U.S. had bugged her personal cellphone, saying, "I've made it clear in discussions with America's president in regards to the NSA that friends spying on each other is not acceptable."

By that point, the transformation of White House talking points was complete, from "Nothing is wrong" to "Something will change."

One White House aide says this is because the spying stories themselves had changed, from a focus on programs to a focus on targets. "We will obviously continue to defend the capabilities and programs and our need for them, while finding it necessary to review how they're being used," the adviser said.

In an interview with Fusion TV in October, Obama reflected his present-day position: "What we've seen over the last several years is their capacities continue to develop and expand, and that's why I'm initiating now a review to make sure that what they're able to do doesn't necessarily mean what they should be doing."

Looking back on the past five months, one senior White House official said, "We were answering the question in front of us, without knowing what the full landscape was. If we'd known the full range from the beginning, we might have said something different."

But the story is still not over.

Snowden stole thousands of secret documents that have not yet come out. And after almost half a year on the defensive, a White House aide grimly said this week: "We don't know what the next disclosure's going to be."