Accessibility links
GOP Candidates Split Over Obamacare In Louisiana Race : It's All Politics There's little difference between state Sen. Neil Riser and businessman Vance McAllister on the major issues. But the two Republicans vying to replace former GOP Rep. Rodney Alexander in Louisiana have a notable difference of opinion on Obamacare. 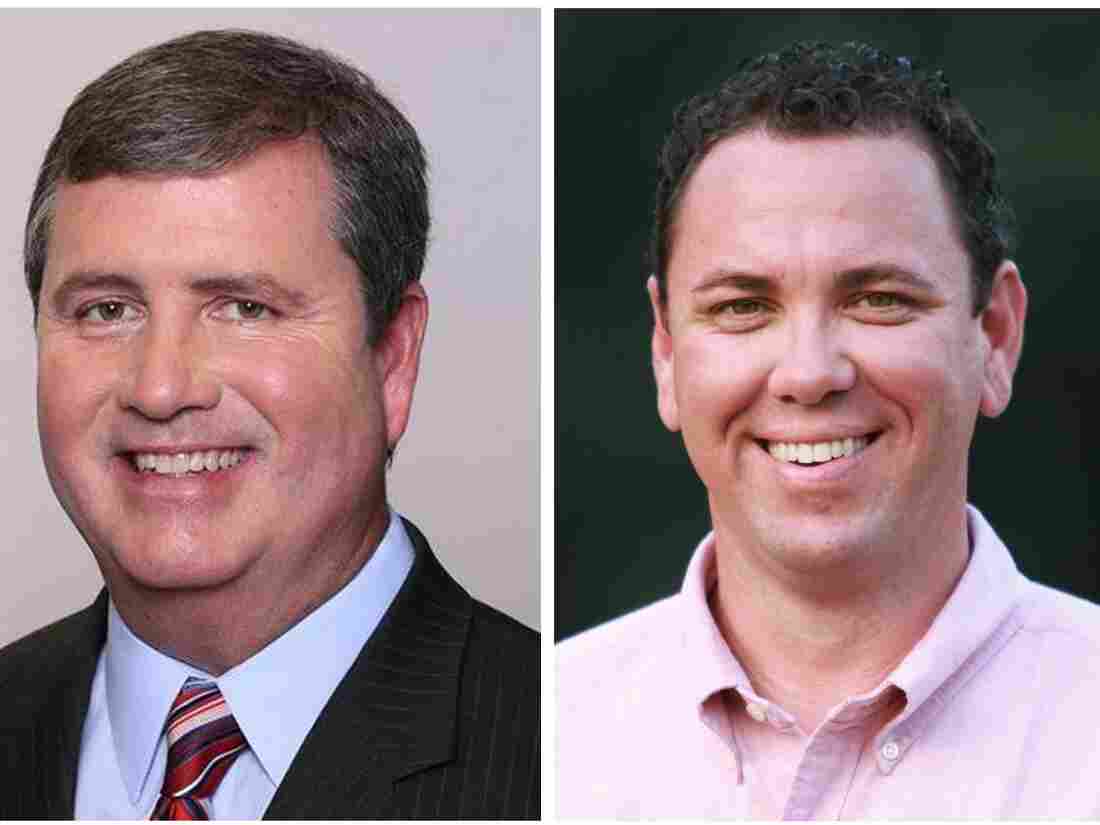 State Sen. Neil Riser (left) and Vance McAllister are pictured in images provided by their campaigns. The two Republicans are running against each other in a Louisiana congressional special election. AP hide caption 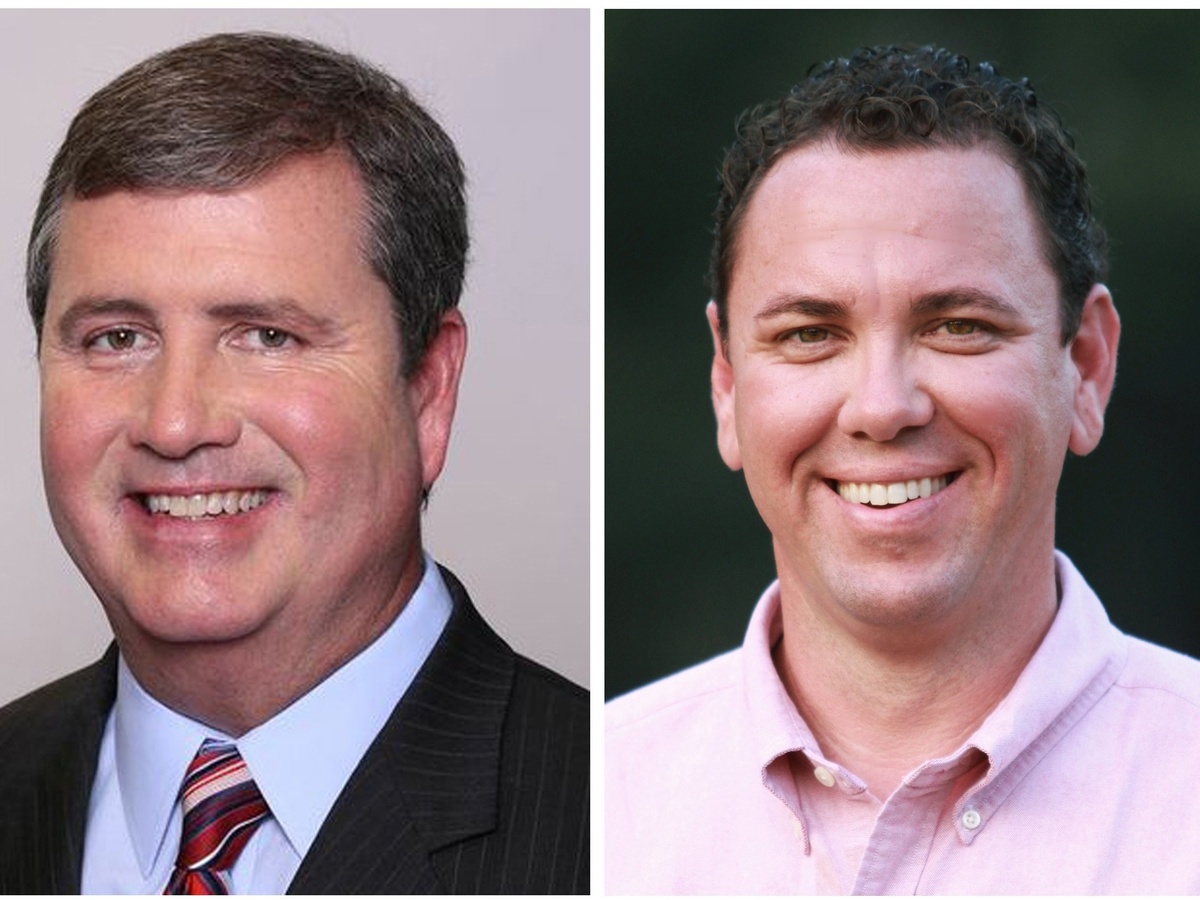 State Sen. Neil Riser (left) and Vance McAllister are pictured in images provided by their campaigns. The two Republicans are running against each other in a Louisiana congressional special election.

There's a House special election Saturday, but almost no one outside Louisiana has noticed.

Here's why: The race in the state's safely Republican 5th Congressional District will have no impact on the balance of power in Congress.

But there's one notable difference between the candidates that makes the contest worth watching — their stances on Obamacare.

Both candidates, who emerged from a 14-candidate field in October's open primary, have expressed deep opposition to the Affordable Care Act throughout the campaign. But now that the Obama administration has begun to implement it, and dozens of repeal efforts have already fallen short in Congress, the two disagree on how to best move forward.

The issue surfaced once again in the final debate of the campaign Thursday night.

Although McAllister pledged to vote to repeal Obamacare if he had the chance, he said there's no way the Democratic-controlled Senate and President Obama would ever sign on to the idea.

"I would love to take an eraser and repeal it, but we can't," McAllister said, according to The News-Star. "It's a nightmare, and we're here living with it. People all over this district are losing their insurance every day that were lied to by the president of the United States, but I'm not going to stand here and lie to you and tell you we can repeal it."

But Riser insists the law can still be repealed if Republicans continue to fight it.

"Yes, it can be repealed," Riser countered. "It's been a complete failure to start with — a complete train wreck. If we can put a man on the moon, we can repeal Obamacare."

The two have also parted on another key component of the health care law: Medicaid expansion. Gov. Bobby Jindal has refused to expand the state's Medicaid program, a move Riser agrees with. He argues expanding the program would be too costly.

However, McAllister is in favor of expansion, saying the state would not be able to cover the costs of the Affordable Care Act without money from the federal government, which would ultimately lead to more cuts in health care and education.

Louisiana GOP political consultant Scott Hobbs, who is not affiliated with either campaign, said McAllister's strategy is a risk in what's expected to be a low-turnout election that's "really a race to the right."

"Unfortunately for his campaign, they've really been taking fire on this," Hobbs said.

Roy Fletcher, a veteran Louisiana Republican political consultant who's also not affiliated with either campaign, agreed, calling the move a self-inflicted wound. He added that McAllister may be trying to position himself slightly to the left of Riser in a district where African-Americans make up about a third of the population.

Riser has earned the backing of both establishment and Tea Party wings of the Republican Party. Alexander, House Majority Leader Eric Cantor and Louisiana GOP Reps. John Fleming, Charles Boustany and Steve Scalise all endorsed him early in the campaign.

Recently, groups such as the National Rifle Association, FreedomWorks and the Tea Party of Louisiana also got behind Riser.

While McAllister hasn't picked up much outside support, Willie Robertson, a co-star of the popular A&E series Duck Dynasty, recently cut a television advertisement on his behalf.

Riser finished first in the Oct. 19 primary with 32 percent of the vote, while McAllister took second with 18 percent.