Accessibility links
Crossroads GPS Reports A Single Donation Of $22.5 Million In 2012 : It's All Politics The politically oriented nonprofit co-founded by Karl Rove reports it received 84 percent of its donations last year from gifts of $1 million or more.

Crossroads GPS Reports A Single Donation Of $22.5 Million In 2012

Crossroads GPS Reports A Single Donation Of $22.5 Million In 2012 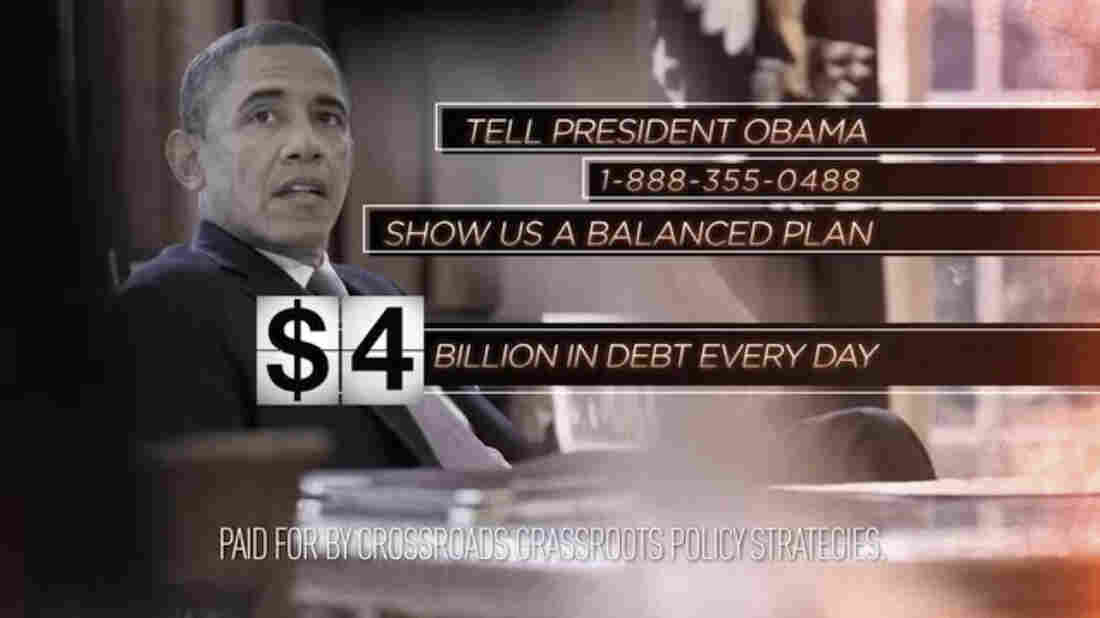 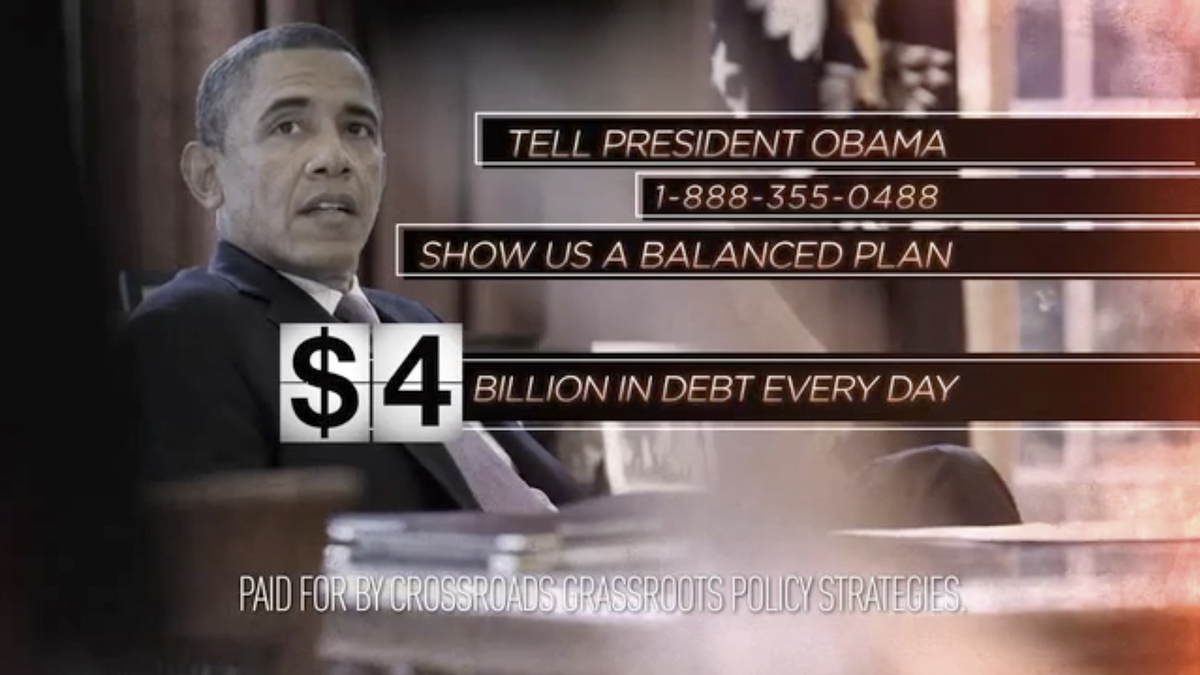 An image from a "fiscal cliff" ad released by Crossroads Grassroots Policy Strategies in 2012.

The "G" in Crossroads GPS stands for "grassroots," but the politically oriented nonprofit received more than 80 percent of its money last year in donations of $1 million or more — including a single gift of $22.5 million.

An NPR review of its latest filing with the IRS shows that 99.8 percent of its $179 million came from donations of $5,000 and above. And because the group operates as a 501(c)(4) "social welfare" organization, the identities of all its donors remain a secret from the public.

In a statement accompanying the filing, spokesman Jonathan Collegio wrote: "The ratio of social welfare spending to political spending was 60.2 percent to 38.8 percent in 2012."

That ratio is important because the IRS has been interpreting the law governing social welfare groups as requiring more than 50 percent of a 501(c)(4)'s spending to be on social welfare activities that benefit the community as a whole.

Included in Crossroads GPS's "social welfare" definition is $94 million the nonprofit spent attacking President Obama and Democratic congressional candidates starting in mid-2011. That total comes from a Sunlight Foundation compilation of Crossroads' own press releases. The ads did not mention the coming elections, and but did blame Obama and the Democrats for a string of problems ranging from the weak economy to high gas prices.

The new filing, made late Friday and released Monday, is consistent with previous filings the group has made since it was founded in 2010 by Republican political consultants, including Karl Rove. The NPR analysis shows that of the quarter-billion dollars the group has raised since June 2010, $218 million — 85 percent — has come in just 77 checks.

Nonprofits must report to the IRS the names behind the donations, but do not have to release them publicly — a feature that has allowed rich donors to keep their identities a secret as they try to sway elections.

It cannot be determined from the filings how many donors are behind those 77 seven- and eight-figure checks. It could mean 77 separate individuals — or a smaller number who gave multiple times.