Accessibility links
What A Bitcoin Political Debut Could Mean For Transparency : It's All Politics The Federal Election Commission is expected to vote Thursday on a proposal to allow virtual currency contributions to political action committees. 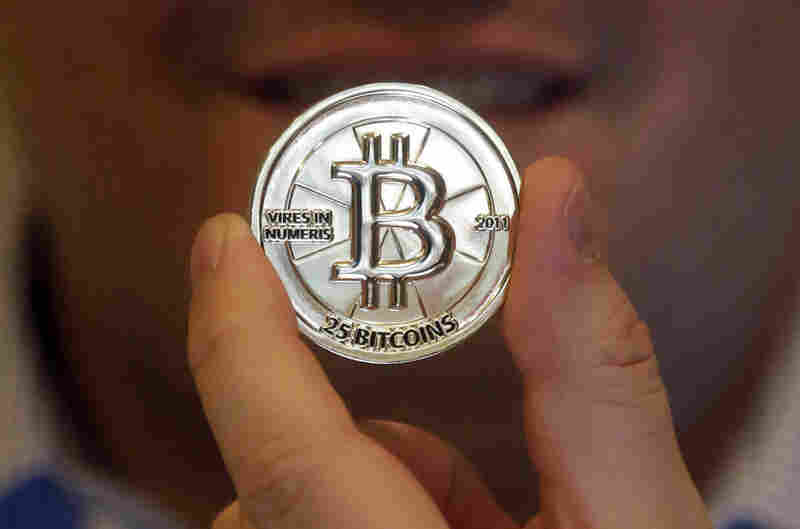 Bitcoins have gone from an Internet oddity to much more. The FEC is now considering allowing the virtual currency to fund some political campaigns. Rick Bowmer/AP hide caption 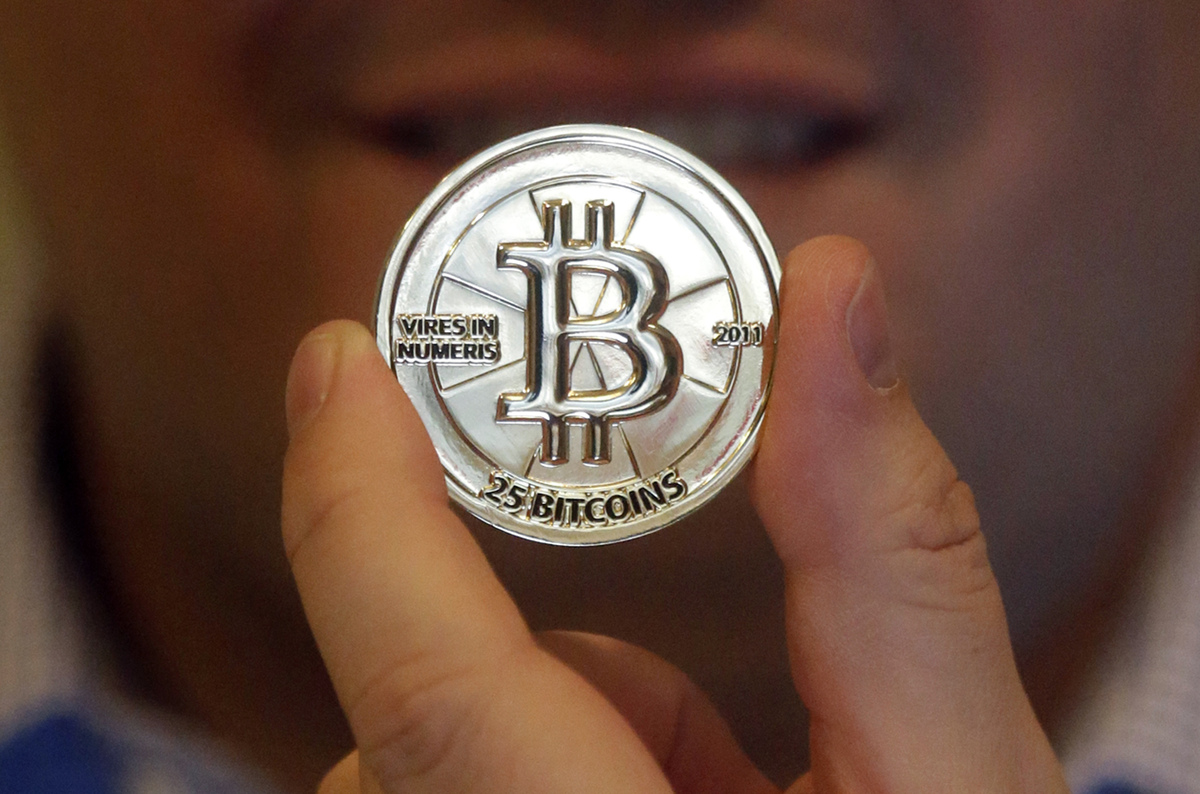 Bitcoins have gone from an Internet oddity to much more. The FEC is now considering allowing the virtual currency to fund some political campaigns.

Bitcoin, the virtual currency that exists as alphanumeric strings online, is on the verge of getting into politics.

The Federal Election Commission is expected to vote Thursday on a proposal to allow bitcoin contributions to political action committees — even as skeptics say that bitcoins could undermine the disclosure standards of federal law.

The FEC is acting as other federal agencies are also exploring the uses, and dangers, of digital currency. At a Senate hearing on Monday, federal law enforcement officials cited Silk Road, an online illegal marketplace that used bitcoins before it was shut down.

Edward Lowery III, chief of the Secret Service Criminal Investigative Division, told the panel: "While digital currencies may provide potential benefits, they present real risks through their use by the criminal and terrorist organizations trying to conceal their illicit activity."

Still, no one at the Senate hearing wanted to stifle virtual currency, and neither does the FEC. The commission was brought into the issue by the Conservative Action Fund, a political action committee that is seeking approval to accept bitcoins as contributions.

"Our interest here is we know this is happening; we're getting requests to make this happen. We really want to understand: How do we do this right?" said Dan Backer, the PAC's lawyer, at an FEC meeting on Nov. 14.

But the six commissioners weren't sure about nongovernmental currency, as commission Chairwoman Ellen Weintraub, a Democrat, acknowledged.

Have Bitcoin To Burn? Next Stop Could Be The Farm

"The field of people out there who are more knowledgeable about how bitcoins work than we are is probably vast," she said. "So if any of those folks want to comment, we would welcome that."

Some still-unresolved questions: If a PAC like the Conservative Action Fund can accept bitcoins, what can it do with them? Could it give bitcoin contributions to a candidate? Or would it have to convert them into U.S. currency?

And a bigger question: What about transparency? PACs and candidates have to publicly identify their donors. There are contribution limits to comply with, and basically no money is permitted from foreign sources.

But bitcoins are like cash, with no record of who owns them — making illegal or shadow contributions easier.

Republican commissioner Matthew Petersen read from a letter submitted by lawyers for the Bitcoin Foundation. The letter says the bitcoin system is transparent, as Petersen read: "This transparency is one of the features of the Bitcoin network that makes it ideally suited for political contributions."

This transparency is a digital record of where any particular bitcoin has been since its creation — but these "public keys" do not reveal any names associated with these transactions.

As another passage of the letter notes: "Bitcoin transactions are private in the sense that there are no names attached to the public keys recorded in the blog chain."

In an interview Wednesday with NPR, Democratic FEC Commissioner Ann Ravel expressed deep reservations about the PAC's request. She said the commission wants to encourage new technology, "but the important aspect for me is whether or not we can know who the donors are."

It's true that the commission has set disclosure standards for other financial instruments, such as prepaid credit cards and cellphones. Backer, Conservative Action Fund's lawyer, said that indicates a disclosure method can found for bitcoins.

"On the other hand," says political scientist Ray La Raja, "there's a kind of paradox here."

La Raja, who studies campaign finance at the University of Massachusetts, Amherst, says bitcoin could easily take disclosure in exactly the opposite direction — and it would be a good thing if donors were anonymous to both the public and the politicians.

"It doesn't sound like [the FEC commissioners] are going to do this, but if they allow bitcoins to remain anonymous," he says, "then politicians actually wouldn't know who's giving to them. And so at least in theory, that could cut off this corrupt exchange."