Accessibility links
With Nominees Stalled, Democrats Reprise Filibuster Threat : It's All Politics With Republicans blocking the nominations of one African-American and two female judges to a key appeals court, Senate Democrats are again pondering a rules change to curtail the minority's ability to filibuster judicial appointments. But even Democrats themselves are split on whether to proceed. 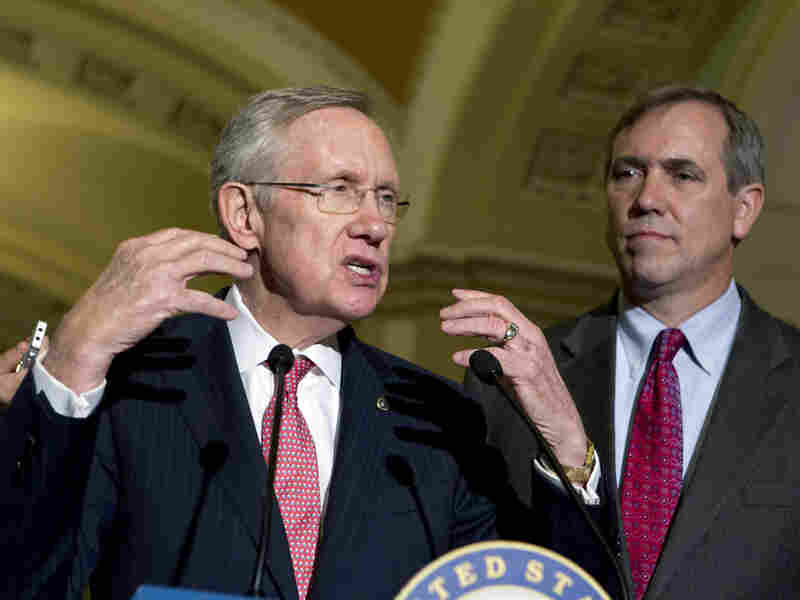 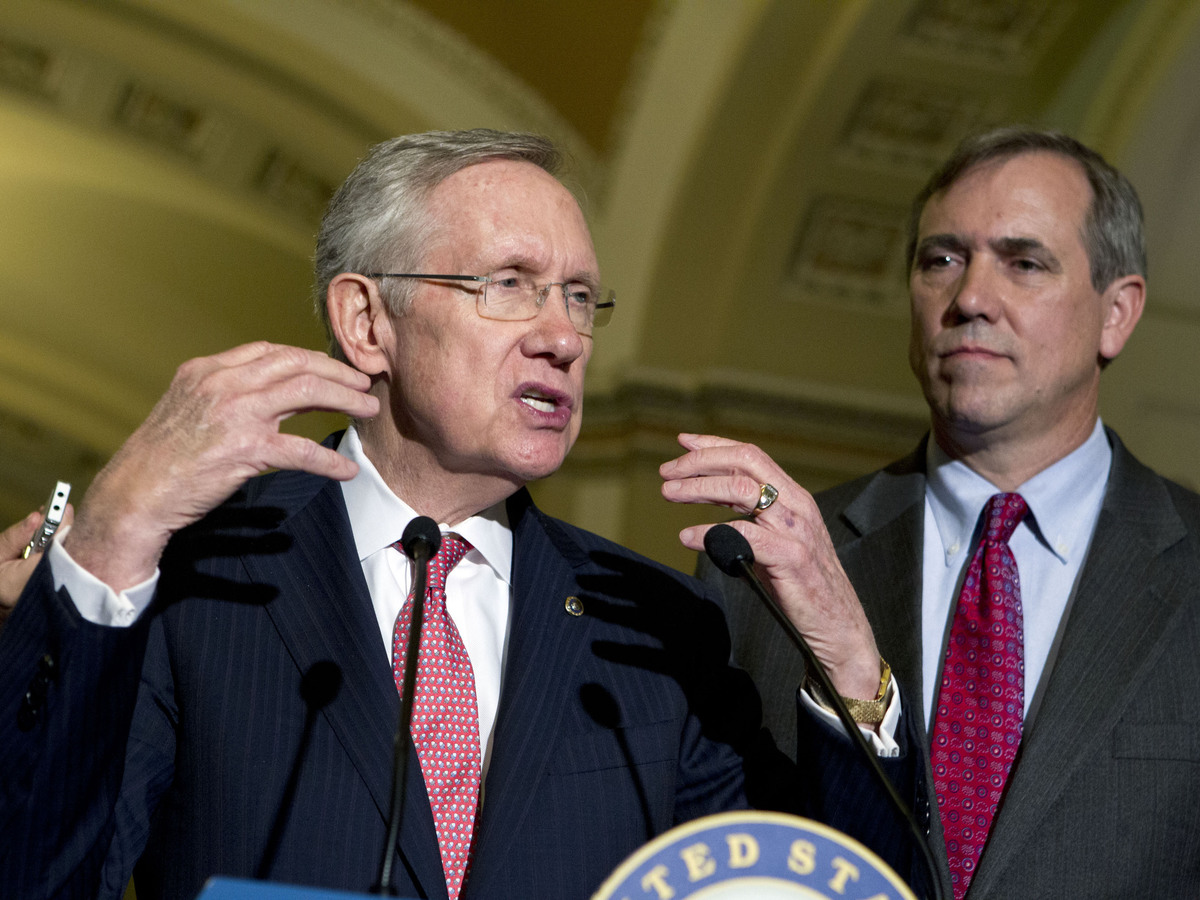 For the third time this year, the Democrats who run the Senate are threatening to change that chamber's rules on the Republican minority's most potent weapon: the filibuster. They say the GOP's obstruction of President Obama's nominations leaves them no other choice.

Democrats say that this time, they're ready to pull the trigger on what's known as "the nuclear option." Doing so would amount to altering the rules not with the traditional two-thirds majority but a simple majority of 51.

The push to curtail Republicans' right to filibuster has been led mainly by Democratic newcomers who have only served in the majority — and thus have never used the threat of endless debate to block a nomination they didn't like.

Among them is Jeff Merkley, a soft-spoken, first-term Democrat from Oregon. He took to the Senate floor Wednesday to declare that goodhearted dialogue and understanding have not been enough to cure the repeated abuse of the filibuster.

"We have a single path left to us to appropriately exercise advice and consent, and that is to change the rules so that they can't be abused," Merkley said.

And the biggest abuse, Merkley and his fellow Democrats say, has taken place just in the past three weeks. During that time, GOP filibusters have blocked three of President Obama's nominees to fill three long-standing vacancies on the District of Columbia Circuit Court of Appeals.

That court is widely seen as second only to the Supreme Court in importance, since it rules on the actions of federal agencies and the White House as well as major laws such as the Affordable Care Act.

Republicans say the court, which currently has four judges appointed by Democrats and four by Republicans, is already well-staffed.

"The data overwhelmingly supports the conclusion that the D.C. Circuit is underworked," said Charles Grassley, an Iowa Republican. "Everyone knows this is true. That circuit does not need any more judges. "

Senate Republicans are hoping that a few Democratic holdouts will stymie the effort to force a rules change with only a bare majority.

Senate Judicial Fights Become As Much About Obama As His Picks

Carl Levin of Michigan, who's retiring next year after six terms in the Senate, is one of the Democrats opposed to using the nuclear option to change the rules.

"It's unwise, it's unconscionable, the amount of obstructionism that is taking place here," he says. "But in order to deal with it, you got to use the rules which force them to filibuster — let 'em. Let 'em be here on the weekend, filibustering one of these nominees for the Court of Appeals."

But Harry Reid, the Senate majority leader, said the status quo won't work. "I love Carl Levin, OK. He's one of my friends. We're gonna miss him so very, very much. But the world's not like it was 30 years ago. Different world here."

Reid had earlier resisted moves to eliminate the filibuster, but he appears to have had a change of heart; he now endorses doing away with filibusters that block lower-court judicial nominations and high-level executive appointments.

"All this sacred nature of this filibuster — I think what we need and the American people want [is] to get things done around here," he said. "I'm not talking about changing anything dealing with the Supreme Court or dealing with basic legislation; I am talking about executive nominations."

Several other senior Democrats have also come around to embracing such a rules change, including Sen. Dianne Feinstein of California.

"I think we need to change the rules," Feinstein said. "Now, Republicans say, 'What goes around comes around. Wait 'til we're in charge.' I can't wait until they're in charge. I mean, the moment is now. We're here for now."

It's not clear whether there are enough Democrats yet to force a rule change on the filibuster. But on Wednesday, Tennessee Republican Lamar Alexander warned of a possible backlash — and called on senators to stop a stampede they will later regret.

"If the Democrats proceed to use the nuclear option in this way, it will be Obamacare II," Alexander said. "It will be the raw exercise of political power to say, 'We can do whatever we want to do.' "