Accessibility links
A Quick History Of Filibuster Flip-Flops : It's All Politics The key players involved in the debate over the so-called nuclear option appear to be singing a different tune on the issue. What changed? The party in power.

A Quick History Of Filibuster Flip-Flops

A Quick History Of Filibuster Flip-Flops 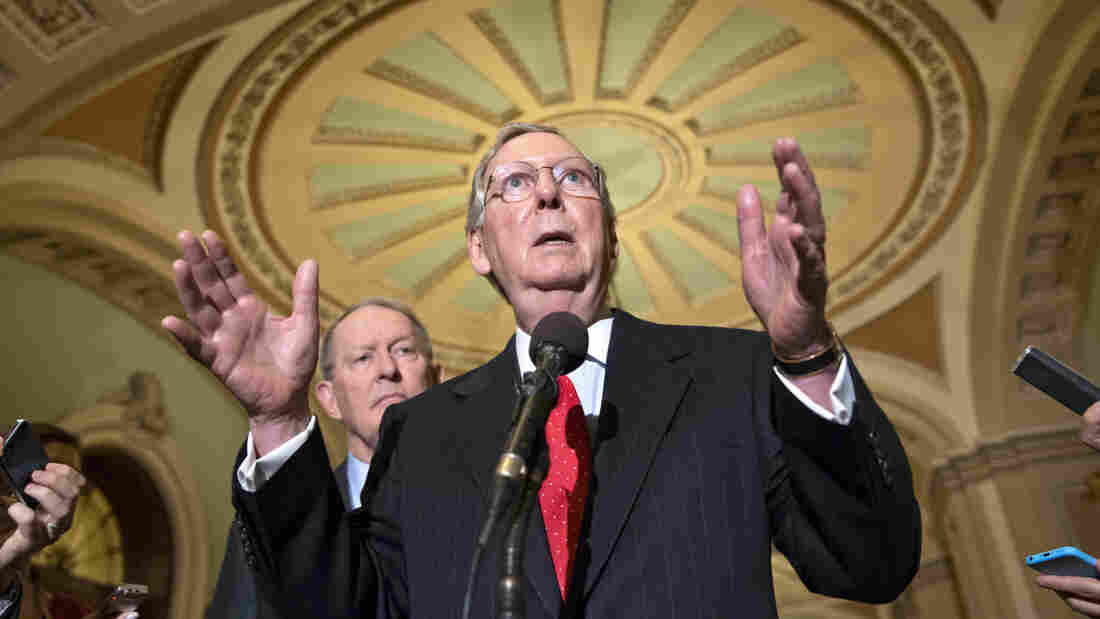 Senate Democrats invoked the "nuclear option" today, meaning they changed the rules so that it takes just a simple majority to cut off debate and move ahead on the president's executive and judicial nominees.

The vote broke mostly along party lines, with three Democrats joining the GOP in opposition.

The Senate has considered the filibuster issue before, so a few of the key players involved in this round of debate were already on record with their views on the rules change.

And guess what? They've changed their tune over time. Opinions of the nuclear option, it seems, depend on who controls the Senate at the moment.

Here's what top leaders have had to say about the filibuster now and back in 2005, when Republicans happened to be the majority party in the Senate:

"I realize that neither party has been blameless for these tactics. They've developed over years, and it seems as if they've continually escalated. But today's pattern of obstruction — it just isn't normal. It's not what our founders envisioned. A deliberate and determined effort to obstruct everything, no matter what the merits, just to refight the result of an election is not normal, and for the sake of future generations, we can't let it become normal."

"What [the American people] don't expect is for one party, be it Republican or Democrat, to change the rules in the middle of the game so they can make all the decisions while the other party is told to sit down and keep quiet."

"The majority in the Senate is prepared to restore the Senate's traditions and precedence to ensure that regardless of party, any president's judicial nominees, after full and fair debate, receive a simple up-or-down vote on the Senate floor. It's time to move away from ... advise and obstruct and get back to advise and consent."

"The Senate is a living thing. And to survive, it must change. To the average American, adapting the rules to make Congress work again is just common sense. This is not about Democrats versus Republicans. This is about making Washington work — regardless of who's in the White House or who controls the Senate. To remain relevant and effective as an institution, the Senate must evolve to meet the challenges of a modern era."

"Republicans are in power today, Democrats tomorrow. A simple majority can change anything. Mr. President, this is the way it should be. You should not be able to come in here and change willy-nilly a rule of the Senate."

"The Democrats' attempt to pivot at a time when we should be focused on protecting the American people from dropped health care coverage makes their true motives clear. They will do anything to take the attention off the failure that is Obamacare, even if it means breaking the rules of the Senate in a raw exercise of partisan political power."

Sen. John Cornyn in a New York Times letter to the editor, March 2005

"You disparage the Republicans' view that 51 votes should be enough for judicial confirmation. Yet the 51-vote rule is a consistent Senate tradition. By calling for an end to filibusters, the Senate is simply contemplating restoring its traditions by traditional methods you disparage as 'nuclear.' "