Accessibility links
Thanksgiving: A Very Brief Political History : It's All Politics Of all the things Americans traditionally associate with Thanksgiving — turkey, family, football — politics doesn't rate high on the list. But on occasion the national holiday has intersected with the political world and generated some stories to remember. 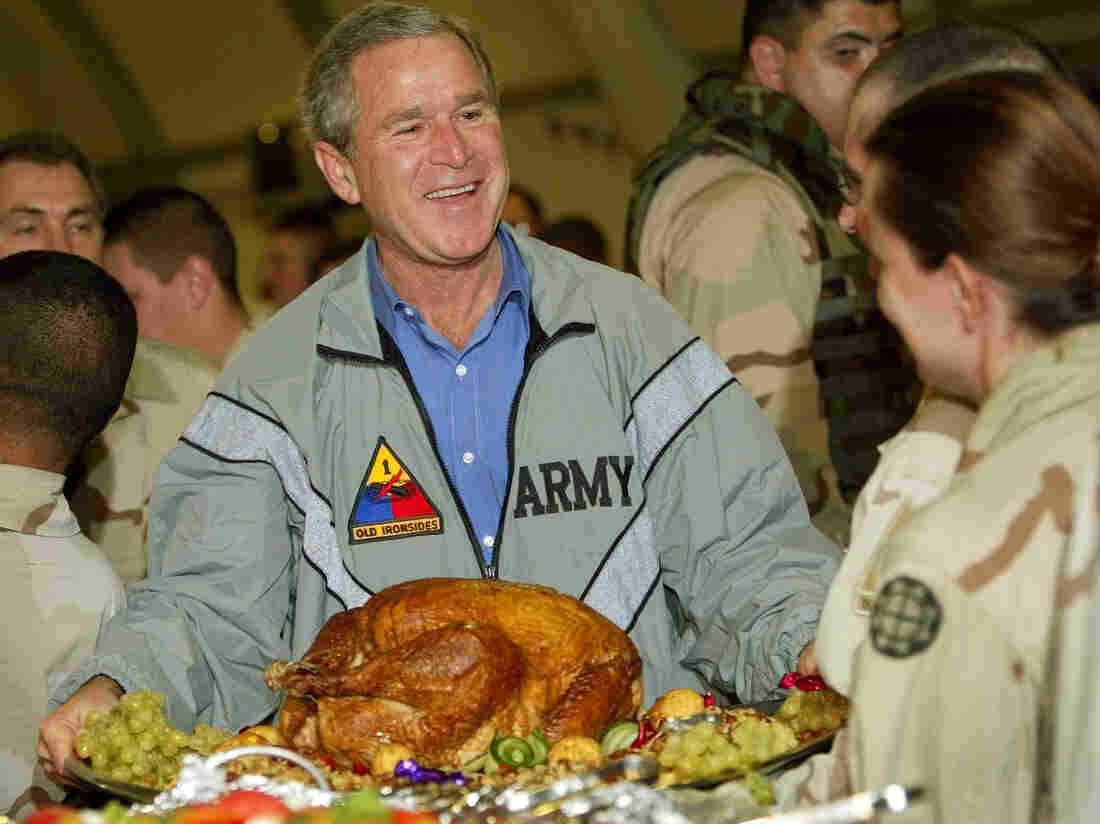 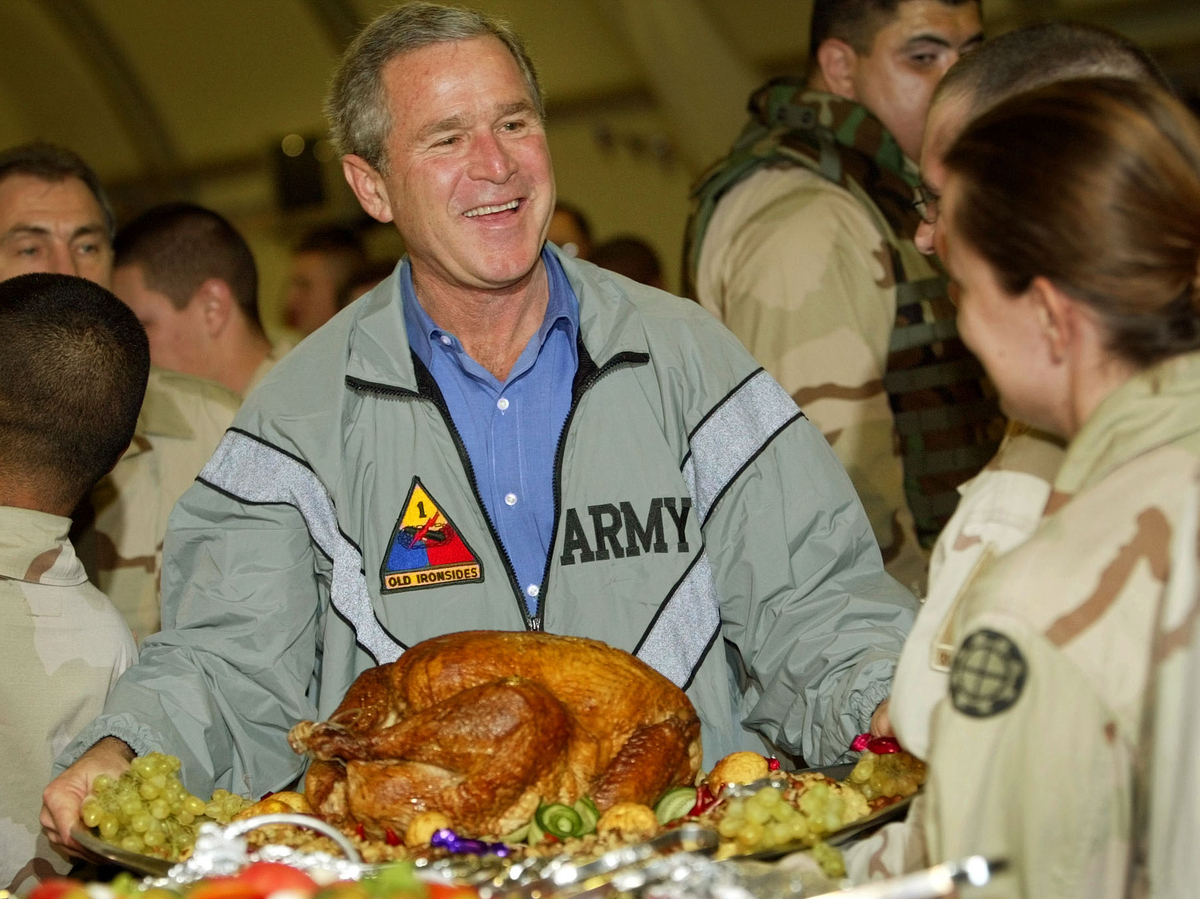 Of all the things Americans traditionally associate with Thanksgiving — turkey, family, football — politics doesn't rate high on the list.

But the national holiday and the political world have intersected at times and generated some headlines to remember.

Although President George Washington proclaimed the first national day of Thanksgiving in 1789, it wasn't celebrated annually until President Abraham Lincoln declared the last Thursday in November to be "a day of thanksgiving and praise."

But in 1939, when Thanksgiving was set to fall on Nov. 30, President Franklin Roosevelt moved it to the second-to-last Thursday of the month. The retail industry had pressured him to change the date, worrying that a late Thanksgiving would limit Christmas shopping.

The decision was widely unpopular — the Nov. 23 holiday became known as "Franksgiving" — and after Roosevelt did it again the following year, Congress passed a law in 1941 declaring Thanksgiving would occur on the fourth Thursday of every November.

Despite all the hoopla that now surrounds the presidential Thanksgiving turkey pardon, it hasn't always been a ballyhooed tradition.

As The Washington Post pointed out, Ronald Reagan was technically the first commander in chief to pardon a turkey in 1987, but it wasn't at a pre-scheduled ceremony. He did it as a joke to deflect questions from reporters who were asking if he planned to pardon any of those involved in the Iran-Contra scandal. Reagan's successor, George H.W. Bush, made the turkey pardoning an annual event starting in 1989.

President George W. Bush went beyond the usual Thanksgiving proclamation and turkey pardon in 2003, making a surprise visit to Baghdad eight months after the start of the Iraq war.

He shared a meal with the surprised troops stationed in a military mess hall at Baghdad International Airport, where he stayed for 2 1/2 hours. For security reasons, the war zone trip was not announced ahead of time.

"I was just looking for a warm meal somewhere," Bush said, wearing an Army jacket. "I can't think of a finer group of folks to have Thanksgiving dinner with than you all."

Just weeks after the 2008 presidential election, then-Alaska Gov. Sarah Palin traveled to a local farm to perform the ritual. But during a television interview afterward, things took a turn for the worse.

As Palin answered a few questions, a farmer began casually slaughtering turkeys just a few feet behind her — well within the frame of the camera.

Then-Alaska Gov. Sarah Palin is interviewed after pardoning a Thanksgiving turkey in November 2008.

Palin remained unaware of the awkward situation and continued to talk about her experience as a national candidate and plans as governor. The episode quickly spread across the Internet, providing fodder for cable news and late-night shows alike.

The White House added a new twist to this year's Thanksgiving turkey pardon. Two turkeys, named "Popcorn" and "Caramel," were put to a public vote to decide which bird would be granted clemency at Wednesday's ceremony. Popcorn won, but Caramel was spared nonetheless.

"The office of the presidency — the most powerful position in the world — brings with it many awesome and solemn responsibilities. This is not one of them," President Obama said.

Not all turkeys were so lucky. In Minnesota, the top turkey-producing state in the nation, Gov. Mark Dayton brought a 36-pound turkey to the state Capitol only to send it to the St. Paul Salvation Army to feed an estimated 80 people.