Accessibility links
Bad To Worse: Iran Deal Strains Obama-Netanyahu Relationship : It's All Politics Israeli Prime Minister Benjamin Netanyahu has emerged as one of the loudest international critics of the nuclear deal with Iran. It's just his latest clash with President Obama. 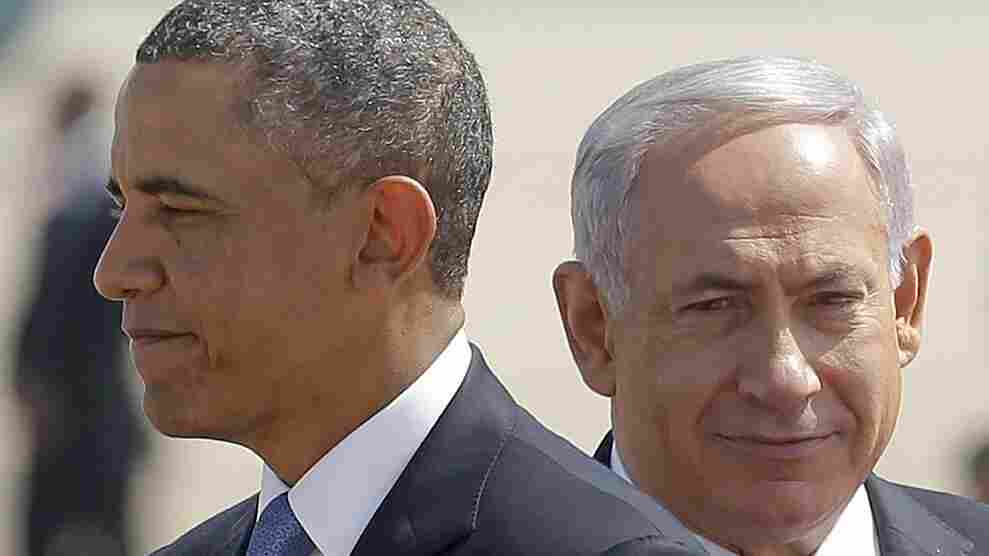 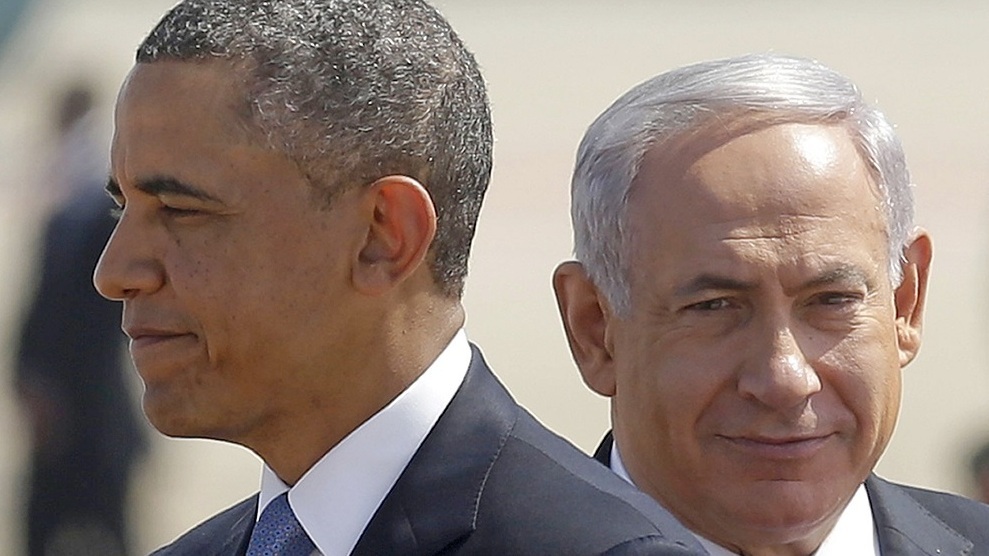 President Obama and Israeli Prime Minister Benjamin Netanyahu have had a rocky relationship.

Israeli Prime Minister Benjamin Netanyahu is one of the most prominent critics of the U.S. deal with Iran. While President Obama calls the agreement a breakthrough, Netanyahu calls it a "historic mistake." It's far from the first time the Israeli and American leaders have clashed.

Barack Obama and Benjamin Netanyahu took charge of their countries within a few months of each other. They were hardly a matched pair.

Obama was relatively new to politics. Netanyahu was a veteran.

Obama spent part of his childhood in Indonesia, and his absent father was Muslim. Netanyahu was born to Jewish parents in Tel Aviv.

Obama's first Middle East trip did nothing to dispel Netanyahu's fears. The president stopped in Saudi Arabia and Egypt, but not Israel.

Reports: Sarkozy Heard Telling Obama That Netanyahu Is 'A Liar'

"The United States does not accept the legitimacy of continued Israeli settlements," Obama said in Cairo, to huge applause.

Ten days later, Netanyahu struck back with a speech in Jerusalem.

"We uprooted tens of settlements and evicted thousands of Israelis from their home," he said. "And in response, we received a hail of missiles on our cities, towns and children."

That was 2009. Early in 2010, Vice President Biden visited Jerusalem, as Netanyahu's government unveiled plans for new settlements. Newspapers called it a humiliation.

"The decision by the Israeli government to advance planning for new housing units in East Jerusalem undermines that very trust — the trust we need right now in order to begin, as well as produce, a profitable negotiation," Biden said.

False rumors started that Obama left the meeting for dinner with his family. The White House didn't release a photo of the meeting, which offended Netanyahu.

A year later at the White House, with cameras rolling, Netanyahu offered Obama a public scolding, rejecting Obama's statement that peace negotiations would have to begin with Israel's 1967 borders.

"Remember that before 1967, Israel was all of 9 miles wide. Half the width of the Washington Beltway. And these were not the boundaries of peace. They were the boundaries of repeated wars," Netanyahu told Obama.

In late 2011, a hot mic at a global summit picked up France's president telling Obama, "I cannot bear Netanyahu; he's a liar."

Obama replied, "I have to deal with him even more often than you."

Through all of this, Israeli and American officials insisted that the relationship between the two countries was as strong as ever. And there's some truth to that, says Mitchell Bard, who runs the American-Israeli Cooperative Enterprise, which encourages educational and business ties between the countries.

"When you have these disagreements at the level of the president and prime minister, it certainly is unpleasant and doesn't help the situation, but it doesn't affect the basic relationship, which is based on shared values and shared interests."

The Obama-Netanyahu relationship got even worse during the 2012 presidential campaign.

"One of the strongest voices is that of your prime minister, my friend Benjamin Netanyahu," said Republican nominee Mitt Romney.

Netanyahu and Romney worked together at a Boston consulting firm in the 1970s and have remained friends ever since.

"I met him earlier this morning, and I look forward to my family joining with his this evening," added Romney, who visited Israel during the campaign.

Early this year, President Obama made his first trip there. The visit went smoothly. It seemed to be a sign that the relationship was improving.

But then came the Iran breakthrough this past weekend, and Netanyahu's defiant response.

"What was concluded in Geneva last night is not a historic agreement. It's a historic mistake," said Netanyahu.

This time, it may be more than just a clash of personalities, says former Rep. Robert Wexler, who now runs the S. Daniel Abraham Center for Mideast Peace.

"Most Israelis have a historical fear that is not all that far removed, in terms of the destruction in Europe and the several wars that the Arab nations have launched against Israel," Wexler says. "So, this isn't a game of playfulness or simple jockeying between two men."

It's a life-and-death debate that could change the arc of history, and neither leader fully trusts the other.