Accessibility links
Poll: Support For Obama Among Young Americans Eroding : It's All Politics A new survey finds that just 41 percent of adults ages 18-29 approve of Obama's job performance, his lowest-ever standing among the group. A majority of millennials also disapprove of the Affordable Care Act and the way Obama is handling a host of other key issues. 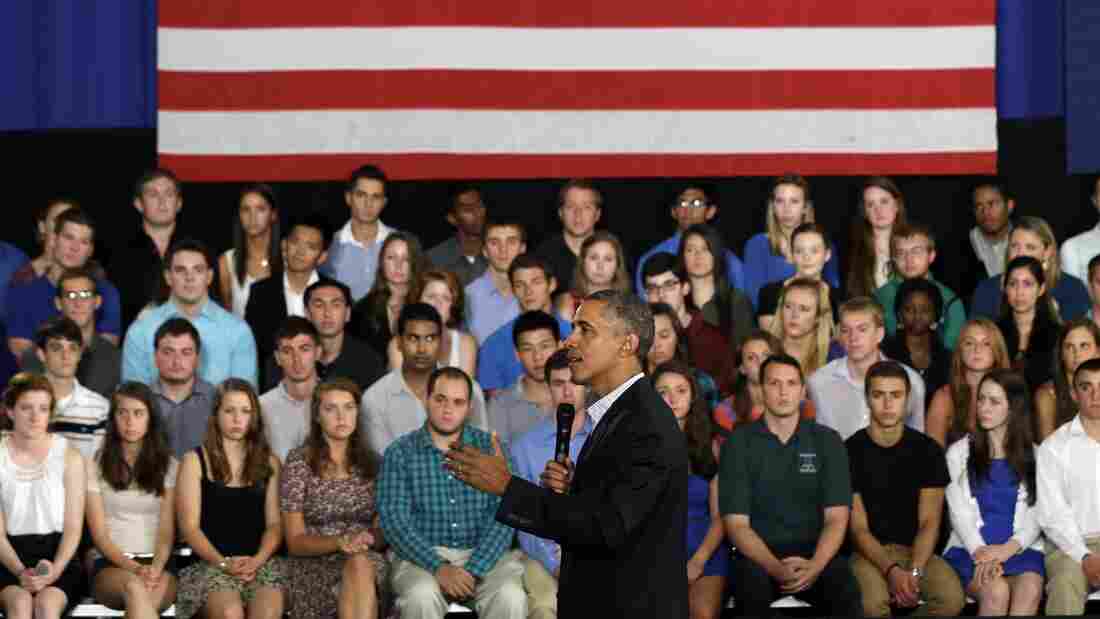 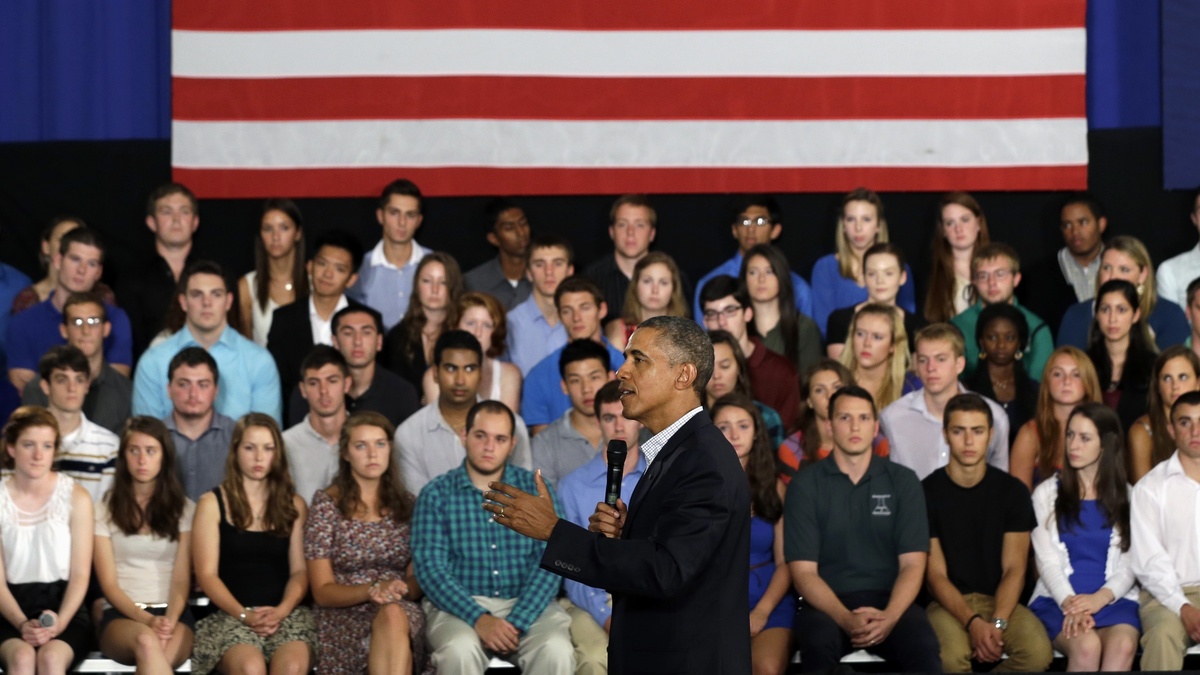 President Obama speaks at a town hall meeting at Binghamton University in Vestal, N.Y., in August.

After voting for him in large numbers in 2008 and 2012, young Americans are souring on President Obama.

According to a new Harvard University Institute of Politics poll, just 41 percent of millennials — adults ages 18-29 — approve of Obama's job performance, his lowest-ever standing among the group and an 11-point drop from April.

Obama's signature health care law is also unpopular among millennials. Fifty-seven percent of those surveyed said they disapprove of Obamacare, compared with 38 percent who said they approve.

A majority of respondents also said they disapprove of the way Obama is handling the economy, Syria, Iran and the budget deficit.

The results reflect a similar downward trend among the public at large. Recent polls ranging from Gallup to CNN show Obama's approval rating hovering around 40 percent, while disapproval of the health care law is in the mid-to-high 50s.

"Millennials are starting to look a lot more like their older brothers and sisters, parents and grandparents," IOP polling director John Della Volpe said in a conference call with reporters Wednesday.

The online survey of 2,089 adults was conducted from Oct. 30 to Nov. 11, just weeks after the federal government shutdown ended and the problems surrounding the implementation of the Affordable Care Act began to take center stage. The poll's margin of error was plus or minus 2.1 percentage points.

Harvard's poll found millennials, like the rest of the public, aren't happy with Congress either. Just 19 percent of respondents said they approve of congressional Republicans, while 35 percent approve of their Democratic counterparts. Both figures are single-digit drops from April. Forty-five percent also said they would "recall and replace" their member of Congress if they had the option.