Accessibility links
The Secret's Out: Obama Acknowledges Existence Of Area 51 : It's All Politics Conspiracy theorists have been obsessed with the secret Nevada military base for decades, claming that the U.S. government is holding aliens and crashed UFOs there.

The Secret's Out: Obama Acknowledges Existence Of Area 51

The Secret's Out: Obama Acknowledges Existence Of Area 51 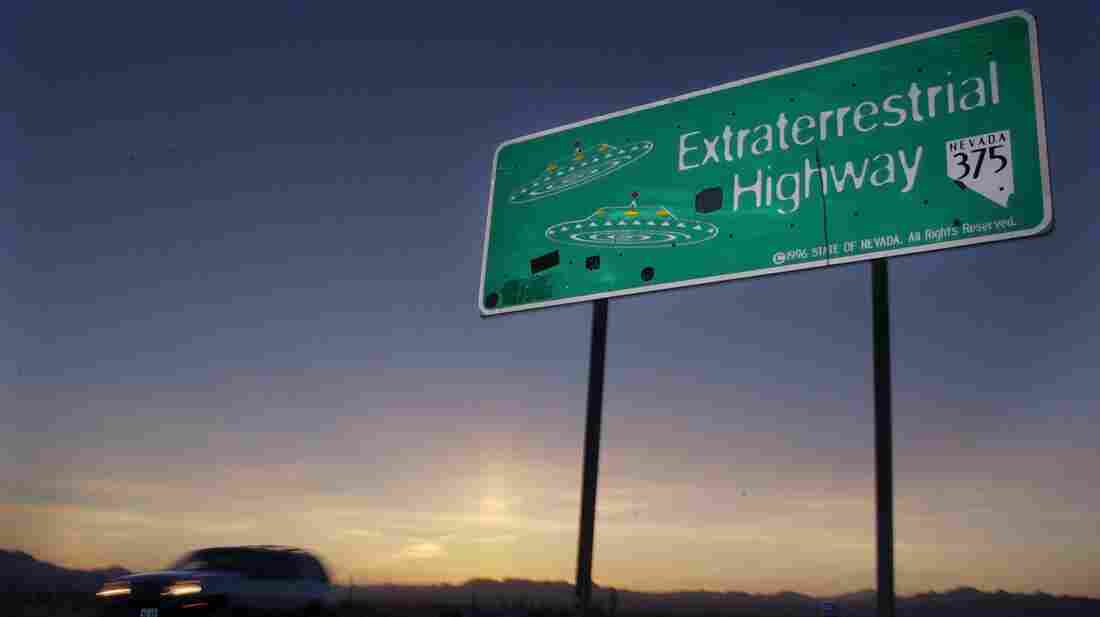 The Extraterrestrial Highway, so named because of reports of UFO activity along the road, runs along the eastern border of the top-secret Area 51 base in Nevada. LAURA RAUCH/AP hide caption 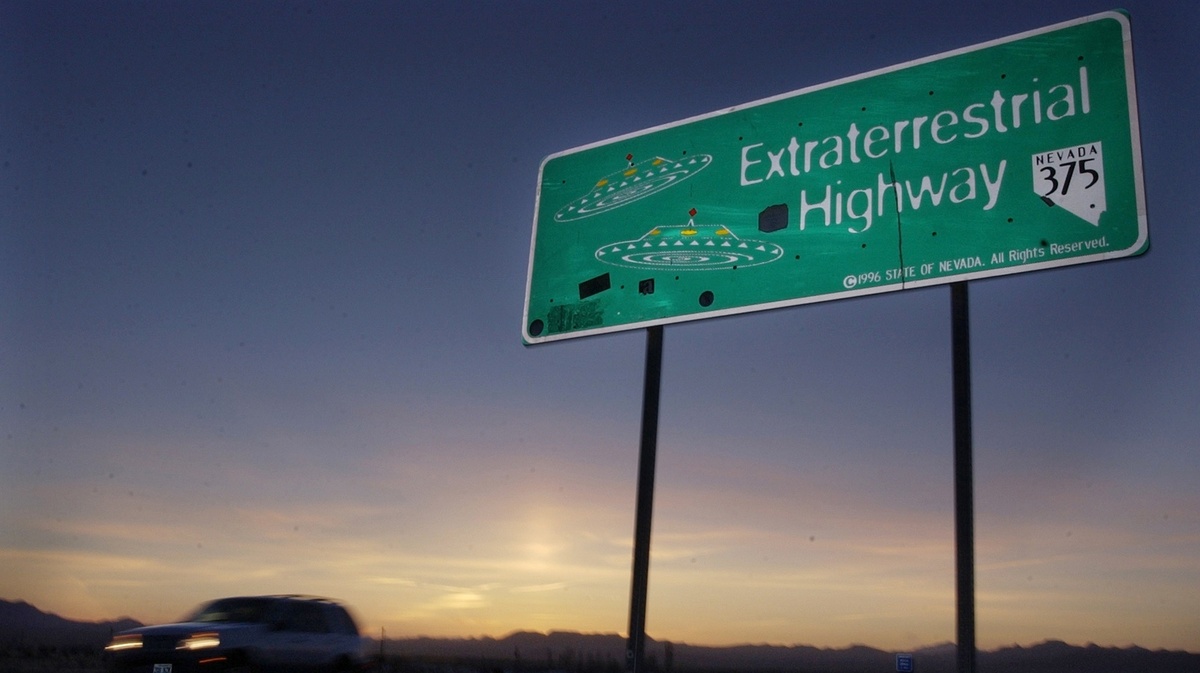 The Extraterrestrial Highway, so named because of reports of UFO activity along the road, runs along the eastern border of the top-secret Area 51 base in Nevada.

At one time, Area 51 was one of the most famous military installations in the world — a place widely talked about, yet so secret that the U.S. government refused to confirm its existence.

That's why President Obama's reference to the southern Nevada base Sunday raised eyebrows. It marked the first time a U.S. commander in chief has publicly acknowledged the facility that fueled countless conspiracy theories.

Obama used the annual Kennedy Center Honors ceremony to crack a joke at the expense of actor Shirley MacLaine, one of the five award recipients, who has claimed to have seen UFOs on several occasions.

"Now, when you first become president, one of the questions that people ask you is, 'What's really going on in Area 51?' " Obama said. "When I wanted to know, I'd call Shirley MacLaine. I think I just became the first president to ever publicly mention Area 51. How's that, Shirley?"

Conspiracy theorists have been obsessed with Area 51 for decades, claming — among other things — the government is holding aliens and crashed UFOs there.

The 1996 blockbuster movie "Independence Day" cemented that notion in popular culture by depicting it as a highly secure repository for extraterrestrial beings and alien spacecraft.

A year earlier, President Bill Clinton had added to the mystery surrounding the facility by issuing a presidential determination declaring the site exempt from environmental disclosure laws following a lawsuit. Yet the document never actually referred to Area 51 — rather, it specified "the Air Force's operating location near Groom Lake, Nevada."

It wasn't until last August that the CIA confirmed the existence of Area 51, officially known as the Nevada Test and Training Range and Groom Lake.

The newly released documents said the site served as a testing ground for aerial surveillance programs, such as the U-2 spy plane first used during the Cold War.

No mention of aliens or flying saucers, though.