Accessibility links
Boehner Blasts Tea Party Groups Over Budget Deal Criticism : It's All Politics The House speaker lashed out at conservative advocacy groups over their opposition to the budget agreement reached by Republican Rep. Paul Ryan and Democratic Sen. Patty Murray. His reaction comes not a moment too soon, as far as the speaker's allies are concerned. 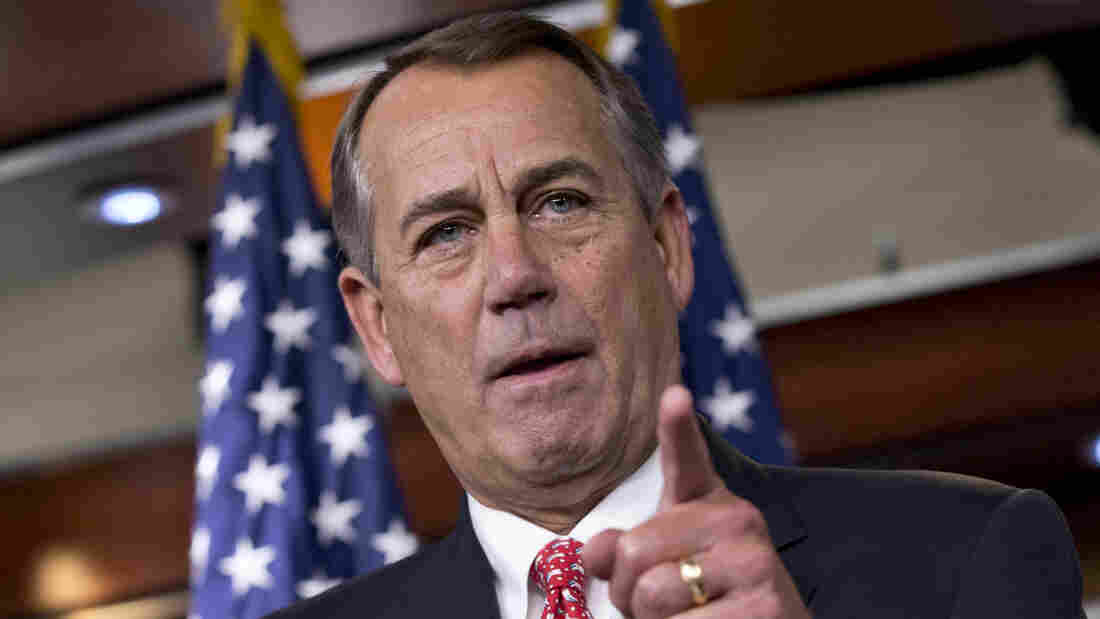 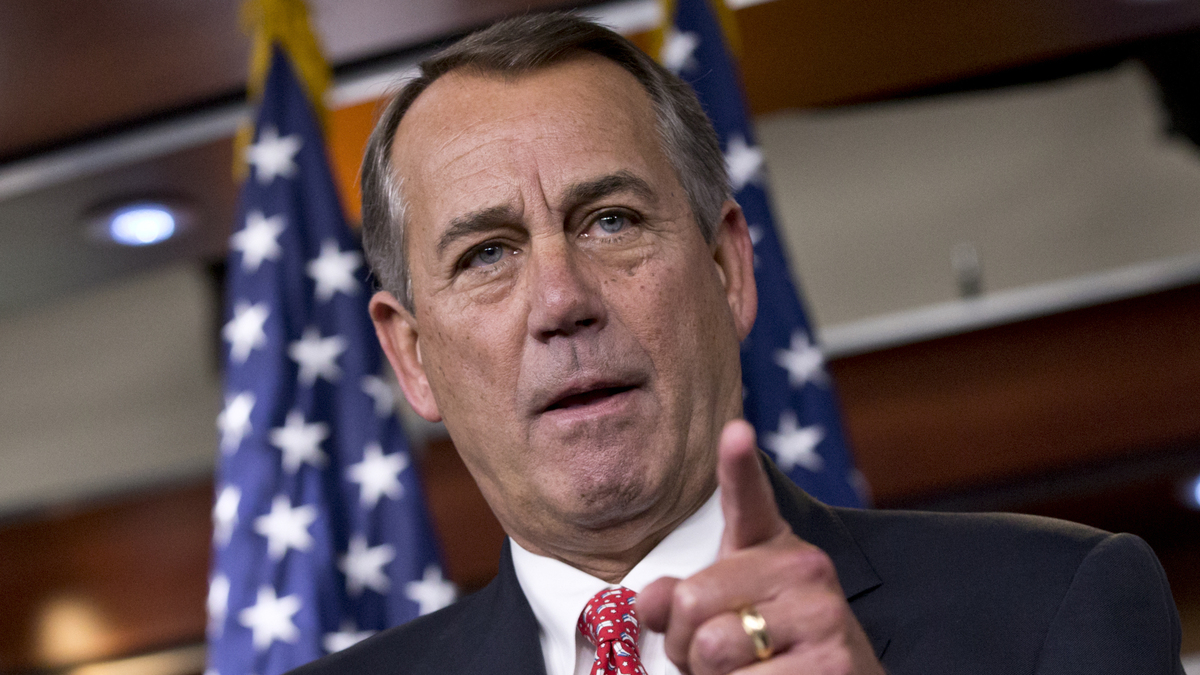 Some moments feel like turning points. Speaker John Boehner's rhetorical takedown of his party's Tea Party faction seems like one such moment.

For two days running, Boehner, R-Ohio, has made clear that he's heard just about enough from conservative advocacy groups such as the Heritage Foundation, Americans for Prosperity and Freedomworks.

On Wednesday, he called them "ridiculous." On Thursday, he said "they've lost all credibility."

But he seemed even more ticked off by what he said, in so many words, was an unserious approach to governing demonstrated by those groups and their allies in Congress.

All of it resulted in the normally buttoned down Boehner delivering a GIF-ready performance as he showed his disgust for the attitude hard-liners took toward the government shutdown.

Recalling how an individual with one of the just-say-no conservative groups conceded just before the shutdown ended that they had never thought the approach would work to defund Obamacare anyway, Boehner exclaimed: "Are you kidding me?" He punctuated his words with so much head and torso movement you would've thought you were watching Lebron James executing a crossover.

We may be witnessing the new Boehner, the fed-up Boehner, the Boehner who's done with having his leadership and even his manhood questioned.

And it comes not a moment too soon, as far as the speaker's allies are concerned. "To me, it's like Christmas came earlier in December than it normally does," said Steve LaTourette, a former Ohio Republican congressman and Boehner friend who runs a Washington lobby shop.

"It's really just a byproduct of the fact that he's a very patient fellow and his fuse was a lot longer than a lot of other people's, including mine, that he's run out of patience," said LaTourette, who also heads the Republican Main Street Partnership, a group of establishment Republicans for whom compromise is not a dirty word but a necessity for a governing party.

LaTourette's reading of the situation is that Boehner, wanting to let his caucus express its will, allowed the hard-liners to steer the ship of state for a while even though he disagreed with their full-steam-ahead approach — an approach that led to a government shutdown. He hoped they would learn from the experience of crashing into an iceberg.

This week suggested they hadn't. But Boehner's not going to let them get their hands on the wheel again so long as he has a say in the matter.

By calling out his party's hard-liners and showing he's willing to brawl with them, Boehner may have actually enhanced his status and hold on power.

Members of Congress, like voters and people generally, tend to respond better to leaders who project strength. Some have perceived Boehner's past deferral to hard-liners as weakness. He is giving people a chance to reconsider that perception.

"The audience for what the speaker had to say isn't the 25 chuckleheads who are going to vote 'no,' no matter what happens," LaTourette said.

Instead, the audience is the roughly 100 of the 144 House Republicans who voted against the reopening of the government but are persuadable.

"Will this be a good enough sign to the 100 men and women who really want to be good conservatives but govern at the end of the day, that the speaker has their back and so they're going to have his?" LaTourette asks. "That's the script that has to be written yet."

And Boehner seems intent in writing that script in ALL CAPS.