Accessibility links
Bridge Controversy Could Take Toll On Chris Christie's Future : It's All Politics Did petty politics lead to traffic-snarling lane closures on the nation's busiest bridge? That question, which has dogged New Jersey Gov. Chris Christie for weeks, could end up tarnishing his prospective 2016 presidential bid. 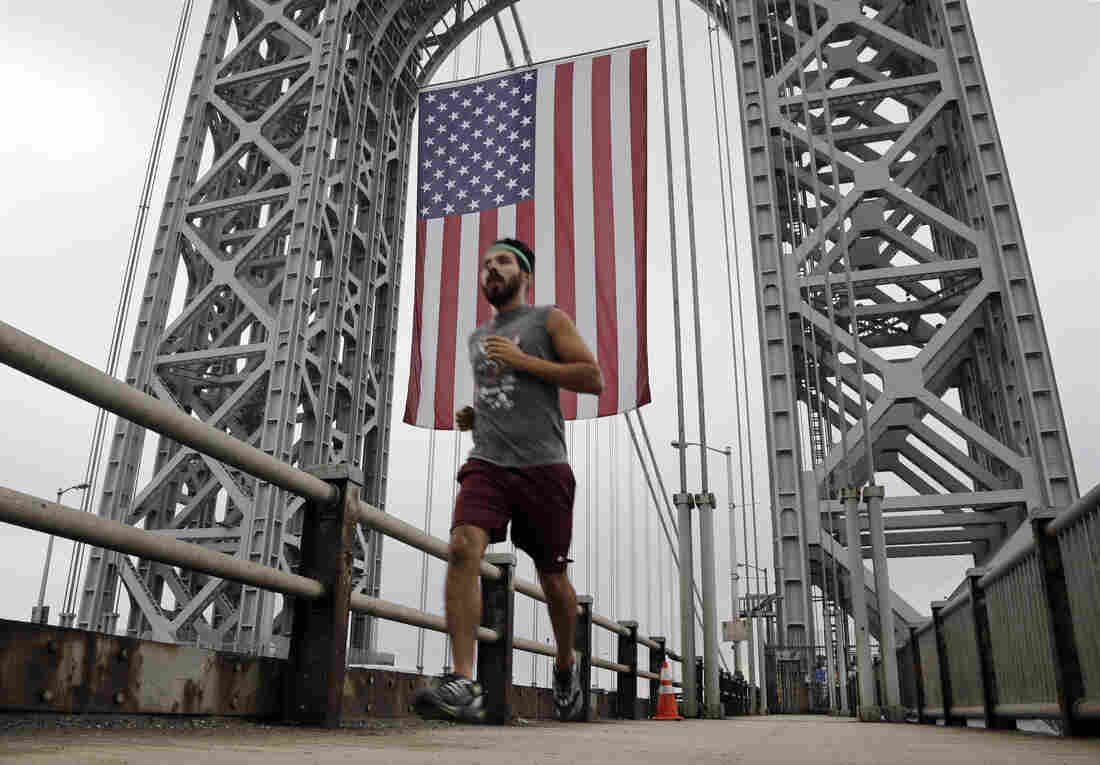 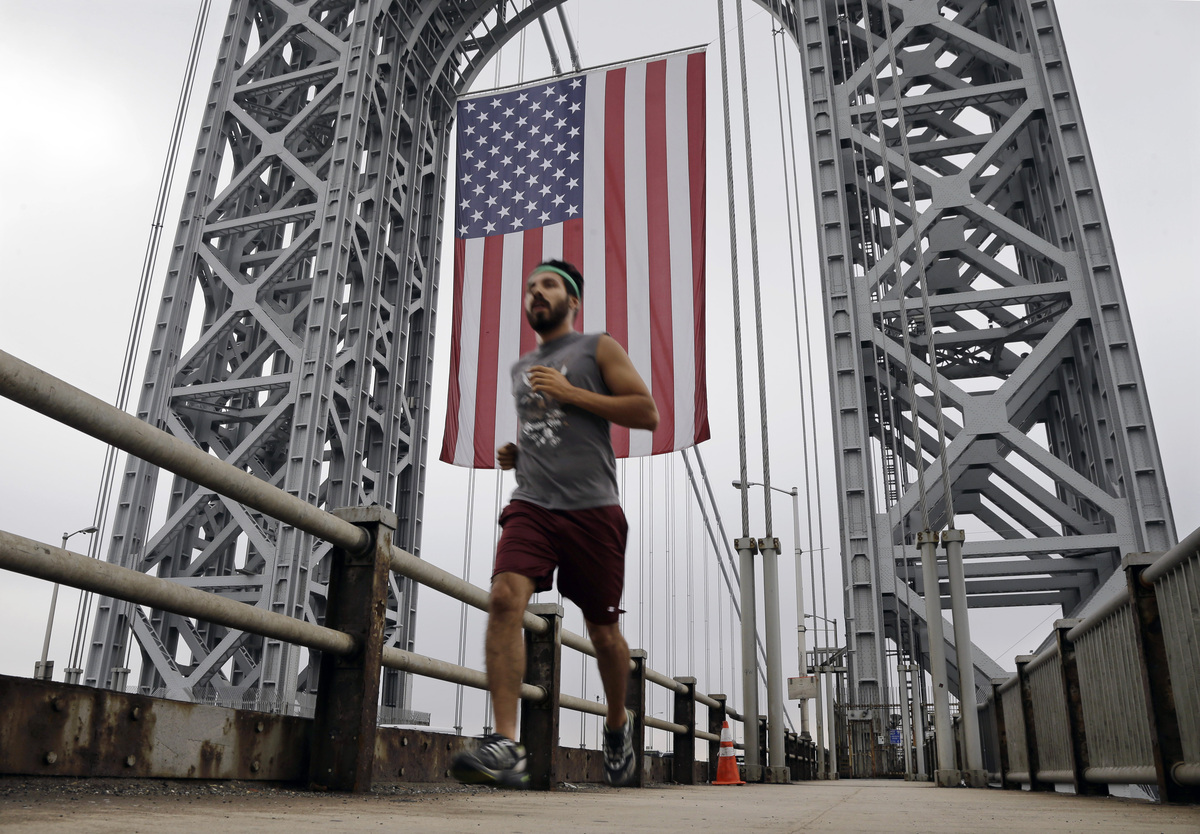 The George Washington Bridge in Fort Lee, N.J., on Sept. 2, just days before lanes were closed under mysterious circumstances.

The governor denies that politics played a role in the traffic-snarling decision, but the controversy has put an ever-growing stain on Christie's glossy November re-election victory. And the episode could have an impact on Christie's White House ambitions.

What began as a local story involving The Port Authority of New York and New Jersey, the agency that oversees the Hudson River crossings between the two states, has snowballed into an alleged case of political revenge and abuse of power. Now it's gone national, in large part because of Christie's well-known political ambitions.

On Monday, Jay Rockefeller, D-W.Va., chairman of the Senate committee with jurisdiction, called on the Transportation Department to investigate the lane closures, which pretty much guarantees the federal agency will launch a probe.

"Unwarranted lane closures with no public notice can have serious ramifications on interstate commerce and safety in the region, and as the Committee with oversight responsibility of the Port Authority, I continue to have serious concerns about the actions of this agency," Rockefeller wrote in a letter to the department. "The gravity of this situation demands a comprehensive investigation. It also exacerbates my concerns with the governance and previous oversight of the Port Authority."

Rockefeller didn't mention Christie. He didn't need to. Other Democrats have grabbed the opportunity to redefine the governor in a less flattering light. While Christie has defined himself as a forthright and funny, pragmatic conservative willing to reach across partisan lines to find solutions, Democrats are using the bridge incident — and the massive delays it caused — to portray Christie as an arrogant bully.

The goal: to make Christie, a Republican with proven crossover appeal, a less attractive alternative to Hillary Clinton or any other Democrat who seeks the presidential nomination in 2016.

The Democratic National Committee, for instance, released a video that's most unhelpful to Christie politically, to put it mildly. And a group linked to Clinton, Correct the Record, is also trying to get some mileage out of the story.

While there are allegations, there's still a shortage of key facts — especially what the governor knew and when he knew it.

Some of the facts we know, however, and that's what's generating suspicion about what was truly behind the lane closings.

As it turns out, the closures of bridge access lanes from Fort Lee, N.J., that started Sept. 9 were ordered by a Port Authority official who is a childhood Christie friend, David Wildstein. Neither the relevant New York officials nor police were notified of the closures, which came two weeks after Fort Lee's Democratic Mayor Mark Sokolich declined to endorse Christie.

More facts: The closures caused massive traffic jams on the first day of school. At a Nov. 25 hearing called by a state assemblyman, Wildstein claimed the closures were necessitated by a "traffic study," but other officials who would have been expected to know of such a study said they didn't. Wildstein and his boss, Bill Baroni, resigned in early December.

Christie didn't help himself with his early response to the controversy. The leader who distinguished himself in the eyes of many with his hands-on response to Superstorm Sandy at first joked about the lane closures. "I moved the cones actually unbeknownst to everybody," he said at a news conference.

That's already come back to haunt Christie. The DNC used that Christie snippet in its video — and the governor's prospective 2016 GOP opponents will find it useful as well.

The incident may haunt him for some time if it's conclusively proved that there was no reason other than politics for the lane closures. Most voters are familiar with the frustration of sitting in traffic jams, not just the millions who frequently use the George Washington Bridge. (I've experienced them myself over the years when returning to my native New York.)

The notion that someone would create such tie-ups, not for emergency road or bridge repairs but out of political spite, is shocking even to jaded New Yorkers and New Jerseyans.

There may be some forgivable political sins. This wouldn't be among them.