Accessibility links
Amid Declining Popularity, The Tea Party Prepares To Fight : It's All Politics It's been a year of influence, resilience and determination for the tea party. But not all of its actions were successful, and it faces political battles in year ahead — not just with Democrats, but also with the GOP. 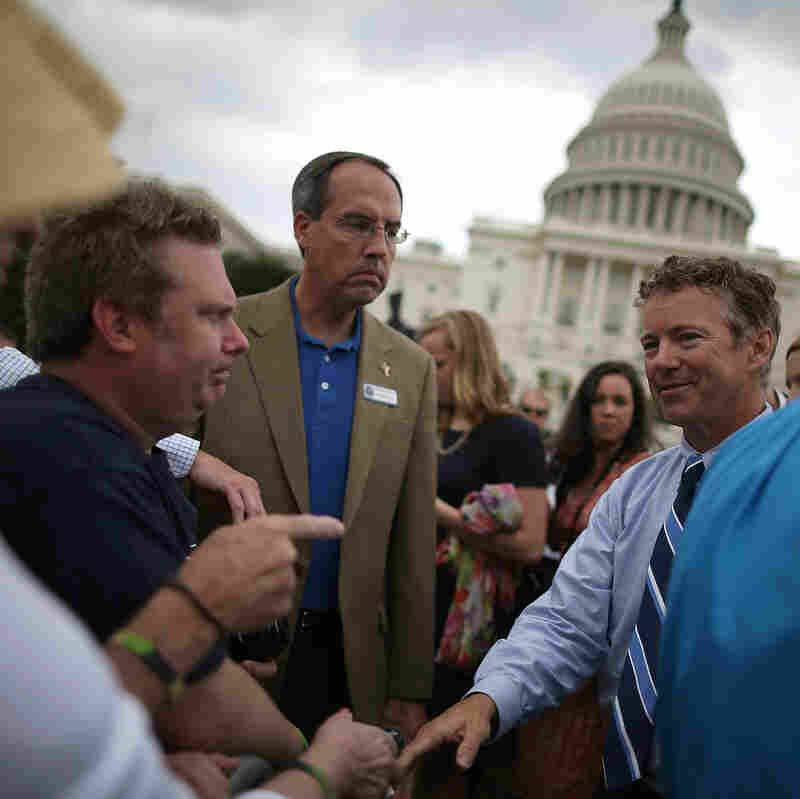 Sen. Rand Paul (R-Ky.) greets supporters during a tea party rally in front of the U.S. Capitol in June. Paul was a rising star in the tea party movement this year, filibustering a CIA nomination in March. Mark Wilson/Getty Images hide caption 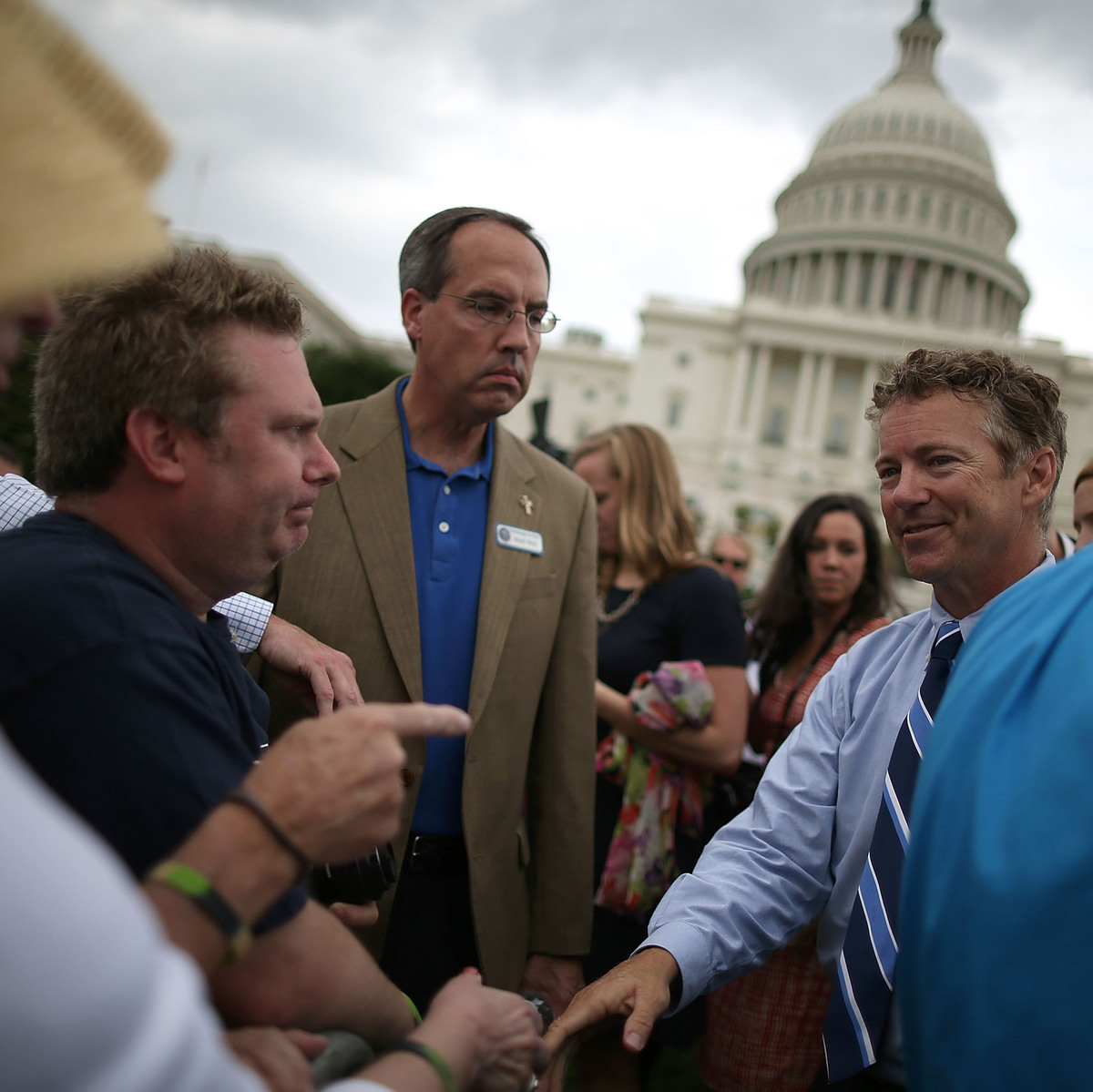 Sen. Rand Paul (R-Ky.) greets supporters during a tea party rally in front of the U.S. Capitol in June. Paul was a rising star in the tea party movement this year, filibustering a CIA nomination in March.

It's easy to forget that the tea party movement is still less than 5 years old. Its successes include the 2010 midterm elections, when it helped the GOP win back the U.S. House.

It was once again a noisy and resurgent player in American politics in 2013. But that doesn't mean it was a year of victories: The movement's campaign to repeal Obamacare failed, and public approval hit near-record lows after the tea party forced a partial government shutdown. Even tea party events aren't as large as they once were.

Even so, the movement had a great influence on both the debate and on the direction of the Republican Party this year. It was a demonstration of the movement's resilience and determination.

"You know, there are some people who want to write the obituary for the tea party, but if you look around to this crowd on a Wednesday afternoon, the tea party is alive and well," said Mike Needham at a rally in June outside the U.S. Capitol. Needham is with Heritage Action for America — one of the big outside groups that poured cash into supporting tea party candidates. "And we are going to write the obituary for big government."

This was a year that saw the emergence of some big national stars of the movement: players who weren't just media personalities, like Glenn Beck, but who actually held high office, like Republican Sen. Rand Paul of Kentucky.

Paul's 13-hour filibuster in March against John Brennan's CIA nomination protested what he says is the threat posed by a state ready to violate individual rights in the name of national security. His popularity among tea party activists soared.

But the biggest fight the tea party waged this year was a failed standoff to repeal the Affordable Care Act. Enter GOP Sen. Ted Cruz of Texas, who launched a marathon speech in the Senate in September as a deadline to fund the federal government was fast approaching.

Cruz's position: To block any government spending bill that contained money to fund Obamacare. That became the focal point of debate. It tied the hands of the GOP leadership looking for a deal. It made compromise impossible. A partial government shutdown lasting 16 days ensued in October.

Tea party activists around the country urged their congressional allies to stand firm. It was a moment of strength for the movement – which, at the very same time, demonstrated how out of touch it was with public opinion.

A CBS News poll in October, found that 72 percent of Americans thought the dispute over Obamacare should not have led to the shutdown. Forty-four percent blamed congressional Republicans, while 35 percent blamed President Obama.

A Gallup poll out this month shows that just 22 percent of those questioned call themselves tea party supporters – a near-record low. Establishment forces like the U.S. Chamber of Commerce began to directly take on the tea party. Even the mainstream GOP began to resist: An end-of-year news conference by House Speaker John Boehner demonstrated that some Republican leaders are ready to push back — hard.

"They pushed us into this fight to defund Obamacare and to shut down the government," he said. "Most of you know, my members know, that wasn't exactly the strategy that I had in mind. But if you'll recall, the day before the government reopened, one of these groups stood up and said, 'Well, we never really thought it would work.' Are you kidding me?"

It does seem that the tea party is much at war with Republicans as it is with Democrats. The movement rejected a GOP effort to rebrand itself after the 2012 election and helped derail action on a new immigration law.

But in the coming year of midterm elections, tea party candidates are challenging many incumbent Republicans in the House and Senate in primary races. Such battles could define both the shape and future of the GOP.