Accessibility links
Gallup: Record Number Of Americans Identify As Independents : It's All Politics The uptick reflects a trend in recent years toward eschewing party labels. It's a shift that's hurt the GOP more than the Democratic Party. 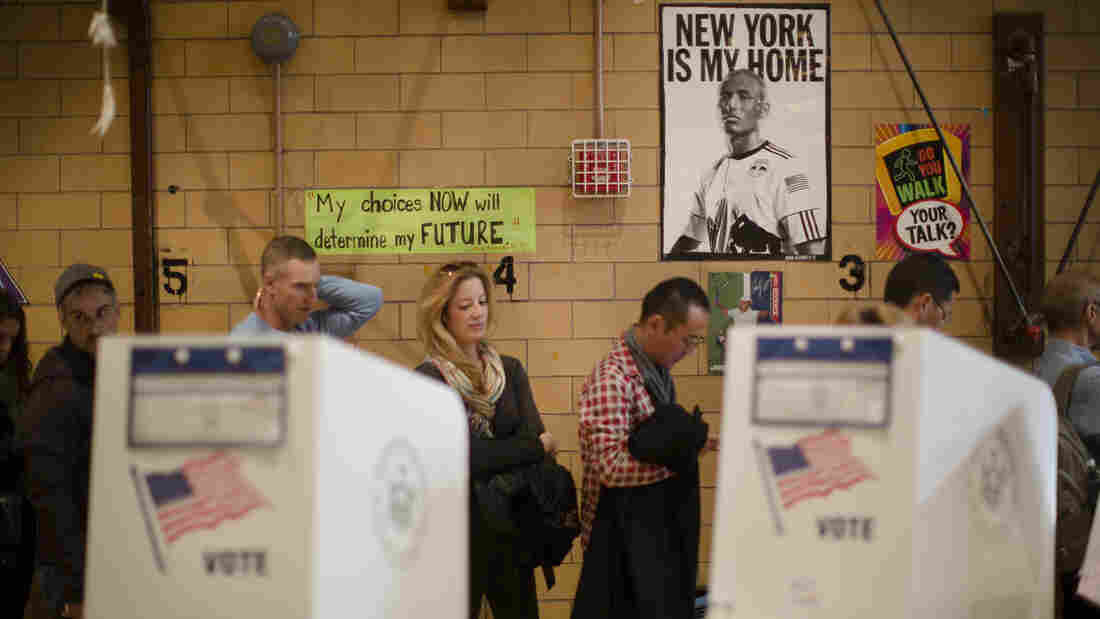 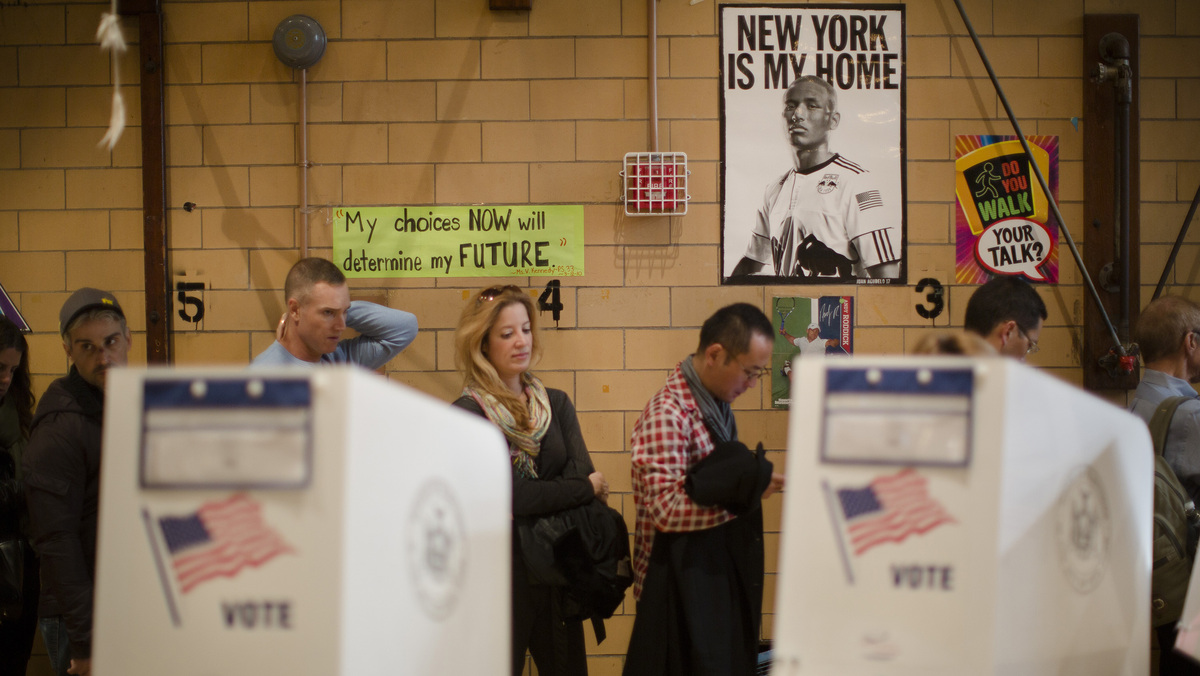 Voters wait to cast ballots at a school in New York City on Nov. 6.

A record-high percentage of Americans identified as political independents last year, according to a Gallup poll released Monday.

The survey, based on more than 18,000 interviews conducted throughout the year, found that 42 percent identified as independent, the highest figure since the polling firm began conducting interviews by telephone 25 years ago.

According to Gallup, the percentage of Americans identifying as independents grew as the year progressed — surging in the final three months of the year alongside the federal government shutdown and the troubled debut of the Obamacare website.

Although Gallup notes that it's common for the percentage of independents to increase in a nonelection year, the uptick in independent identification reflects a trend in recent years toward more Americans eschewing party labels.

The shift toward increased independent status has been more damaging to the GOP than the Democratic Party. Since peaking at 34 percent in 2004, Republican identification has now fallen to 25 percent — the lowest level in 25 years.

Democratic identification has also declined in recent years but at a lesser rate, falling to 31 percent from a high of 36 percent in 2008, when Barack Obama was elected president.