Accessibility links
Doctors Say Reid's Request For Bowel Research Money Is No Joke : It's All Politics In his new book, former Defense Secretary Robert Gates jabs Sen. Harry Reid for urging Defense Department research on irritable bowel syndrome. But the illness has been a plague on many Gulf War veterans. 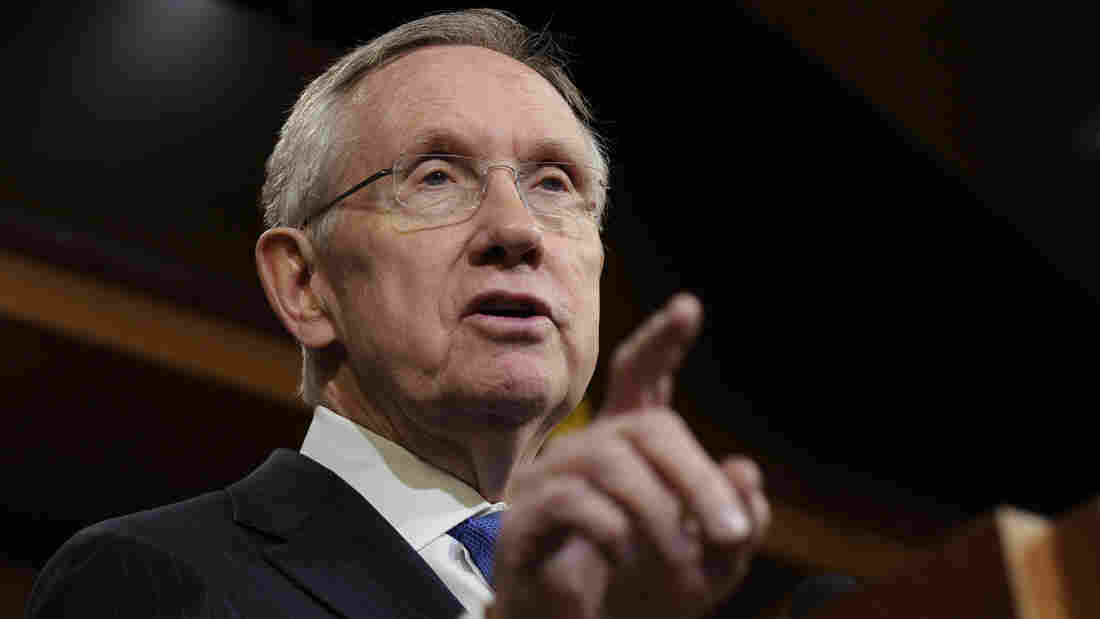 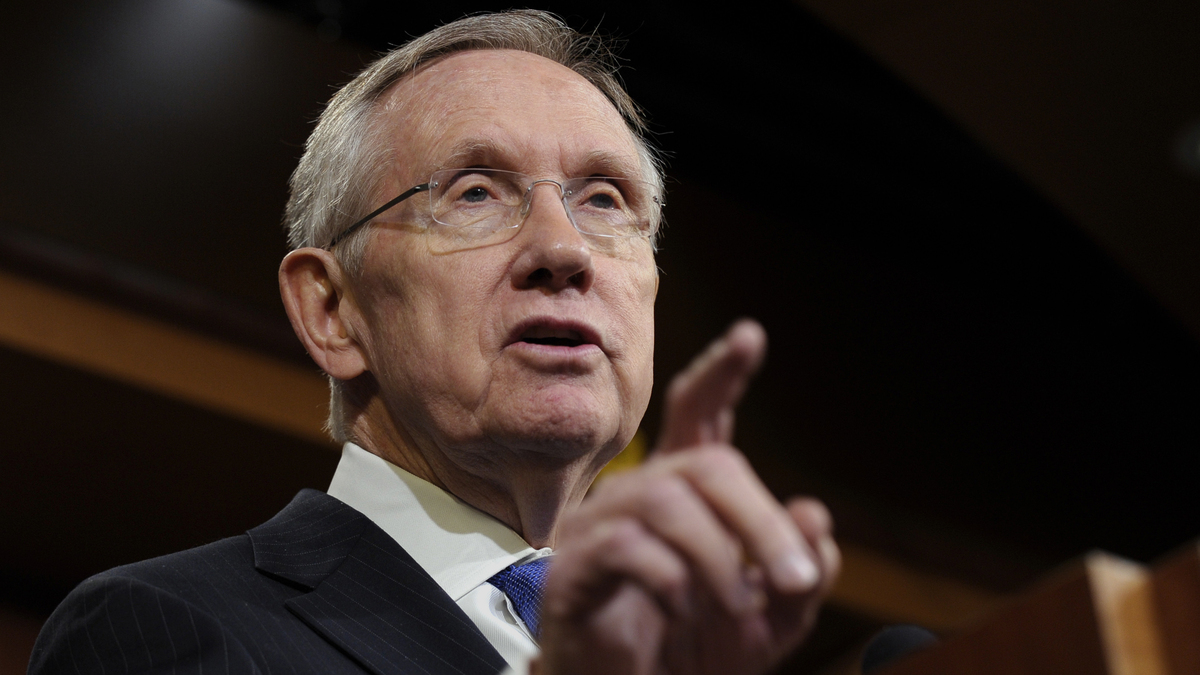 In his new memoir, former Secretary of Defense Robert Gates heaped scorn on many members of Congress for pushing their parochial interests with him.

But he saved a special dig for Senate Majority Leader Harry Reid.

"With two ongoing wars and all our budget and other issues, I didn't know whether to laugh or cry," Gates writes, describing how the Nevada Democrat urged him to have the Defense Department invest in research into irritable bowel syndrome.

It's an anecdote that drew snickers — and media attention, including here at NPR.

But was Reid's appeal to Gates really as absurd as portrayed?

Not according to doctors who treat Gulf War veterans, and researchers like those affiliated with the National Academy of Sciences' Institute of Medicine. They identify irritable bowel syndrome (IBS), which is marked by chronic cramping, bloating and diarrhea, as one of a range of illnesses that plague returning military women and men.

"If you look at the veterans coming home, and what proportion of them are becoming disabled by chronic conditions, you will see that this is not something to ignore but something to treat," says Dr. Douglas Drossman, an internationally recognized expert in gastrointestinal disorders.

"There is a bill in Congress that would provide for research on this, and I think that's why Sen. Reid came up with that request," Drossman says.

Reid's office declined to comment. But it's worth noting that the $1 trillion omnibus spending bill currently being considered by Congress includes close to a billion dollars in medical research funding for the Defense Department.

Drossman served on an Institute of Medicine committee that in 2010 determined that, in addition to post-traumatic stress syndrome, "a large number of veterans" of the 1991 Persian Gulf War were reporting long-term, multisymptom health issues. They included IBS, substance abuse, anxiety, and depression.

Evidence included in the report, "Health Effects of Serving in the Gulf War," showed a relationship between military deployment and gastrointestinal infections, and, subsequently, post-infectious IBS.

That 2010 study involved veterans of the 1991 war; ongoing studies of more recent returning veterans suggest that IBS and other multisymptom health issues continue to plague that population.

The Department of Veterans Affairs has determined that IBS is a disorder that can be classified as a disability if related to military service, even though the exact cause of the syndrome is difficult to pinpoint, says Dr. Philip Schoenfeld, a University of Michigan medical school professor and expert in gastroenterology, including IBS.

"The link between being a veteran and having a higher risk of IBS is unclear," says Schoenfeld, "partly because the underlying cause is unclear."

"We don't know why all of a sudden those muscles in the colon don't work properly," he says.

Stress may exacerbate symptoms by inducing chemical and hormonal changes; female veterans suffering from PTSD are much more likely to have IBS than female veterans who don't have PTSD, says Schoenfeld, who heads the gastroenterology division at a VA hospital in Ann Arbor.

Treatment ranges from anti-diarrheal medication to anti-depression agents used to mitigate pain and the brain's reaction to it, he says.

Congress in 2010 asked the Institute of Medicine and the National Academy of Sciences to undertake a comprehensive review of best treatments for chronic multisymptom illnesses, or CMI, faced by Gulf War veterans.

In findings released last year, the Institute of Medicine committee confirmed that there's no consensus on the cause of CMI, including irritable bowel syndrome, and a "growing belief that no specific causal factor or agent will be identified." (Stress and crowded war theater conditions that may exacerbate the spreading of infections have been suggested as triggers for IBS.)

But researchers found that preliminary data suggest that CMI is occurring in veterans of the wars in Iraq and Afghanistan, as well as the thousands reporting post-1991 war symptoms.

Diet, lifestyle, medication, psychotherapy and hypnosis, as well as relaxation and stress management techniques, are treatments recommended to varying degrees.

"Irritable bowel syndrome is a disorder that really compromises the daily lives of veterans," Schoenfeld says.

But he says he understands Gates' position, given the issues on his desk and other, more traumatic injuries suffered by veterans.

"It's tough to put a value on what disorders need more research," Schoenfeld says. "But IBS should not be dismissed as a minor ailment that doesn't have any impact on peoples' lives."