Accessibility links
Obama's Marijuana Remarks Light Up Legalization Debate : It's All Politics Even those who support decriminalizing marijuana were careful not to claim that Obama's remarks had altered the overall political dynamics of the debate. 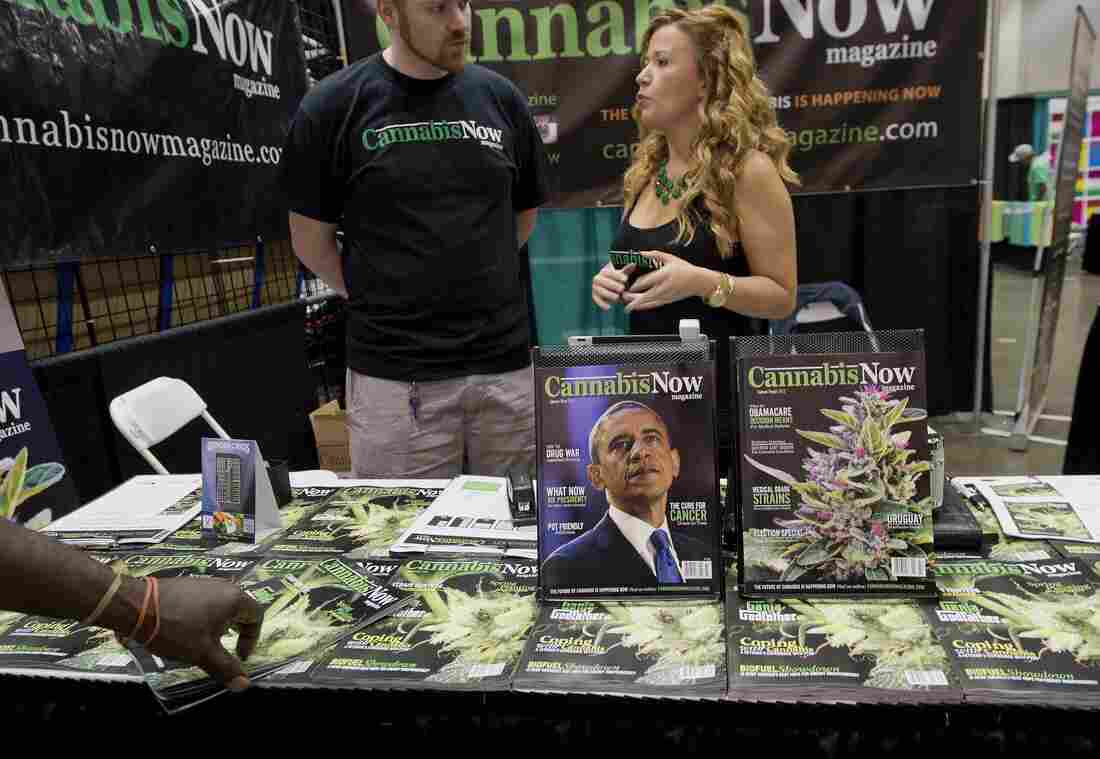 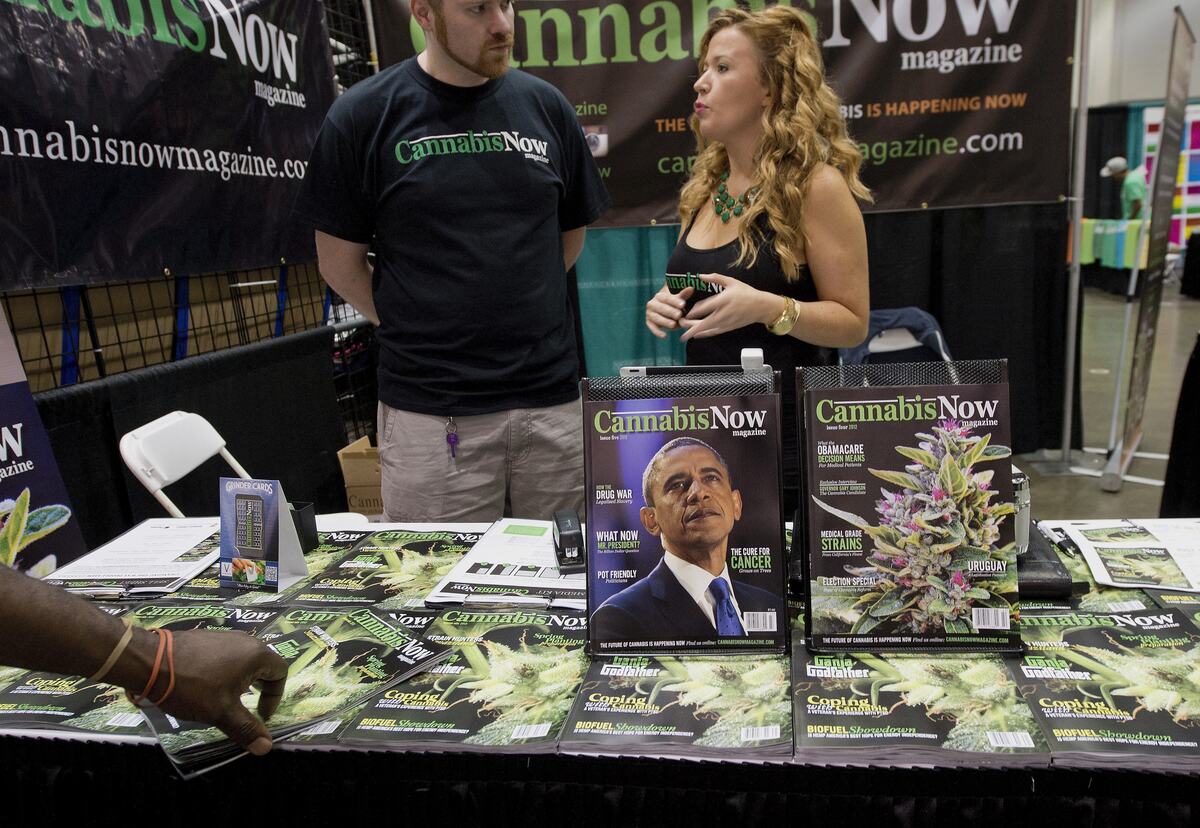 President Obama graces the cover of Cannabis Now magazine at the HempCon medical marijuana show, May 24, 2013, in Los Angeles.

That President Obama could openly speculate about marijuana being less dangerous than alcohol — and embrace the state-level legalization of the drug — is a measure of just how far the nation has moved since the 1980s.

Back then, the Reagan administration's approach was absolute: "Just Say No." It's more complicated today.

Obama's interview with the New Yorker's David Remnick gave a measure of validation to friends of legalization and served as a buzz kill to its foes. But even supporters of decriminalizing marijuana were careful not to claim that Obama's statement had altered the overall dynamics of the debate.

For one thing, Obama was characteristically cautious in how he framed the issue, to the point of ambivalence. While he said that marijuana was less dangerous than alcohol — an assertion in dispute — he also said he told his daughters that it was "a bad idea, a waste of time, not very healthy."

He seemed most concerned about the disproportionate impact marijuana arrests and convictions were having on minority young people. And he also worried about where to draw the line with other more dangerous drugs like cocaine or methamphetamine.

Obama, as a politician and leader of the Democratic Party, is also wary of intentionally putting his party at a political disadvantage, especially as the 2014 midterm and 2016 presidential elections come into view.

"Let's get politically pragmatic here. His approval ratings right now are not that high," St. Pierre said. "So the idea of coming out full bore for marijuana legalization is probably not a strategy to raise his overall ratings. Second, he's a Democrat who would like to hand off his eight-year presidency to another Democrat.

"And so it's very likely that he and his aides are very conscious of the idea marijuana is a political hot potato," he said. While libertarian conservatives tend to to be pro-legalization, many other Republicans aren't.

"And so do they want to hand such a massive triangulation to Republicans who would cast Mr. Obama and other Democrats as a bunch of legalizing dopers?" St. Pierre asks rhetorically. Not likely to happen, says NORML's leader, who has lobbied in Washington for legalization for decades.

Obama was already a target for such attacks from conservatives because of his acknowledgement that he smoked pot and tried other drugs as a teenager and young man, even leading the self-styled Choom Gang of young marijuana aficionados.

And it's not just non-libertarian-oriented Republicans who would oppose the president if he decided to push for federal decriminalization. Patrick Kennedy, the former congressman and son of Sen. Edward Kennedy, who has experienced his own battle with substance abuse, took Obama to task for saying that marijuana was benign relative to alcohol. In a statement Kennedy, chairman of Smart Approaches to Marijuana, said:

"We take issue with the President's comparisons between marijuana and alcohol, and we strongly encourage him — a president who has, on many occasions, championed rigorous science — to work closely with his senior drug policy advisors and scientists, who fully acknowledge the growing world body of science showing the harms of marijuana use to individuals and communities. Today's marijuana is far more potent than the marijuana the President has acknowledged using during his teens and early adulthood."

Obama's comments, cautious as they were, could still fuel momentum for legalization at the state level, especially since he endorsed that approach. Only two states, Washington and Colorado, have legalized marijuana for recreational use. Beyond them, 20 states and the District of Columbia have more or less legalized the drug for medical purposes.

As St. Pierre points out, the Obama administration already seemed to aid state marijuana legalization efforts. In the president's first term, the administration told federal prosecutors that when they encountered medical marijuana situations where federal laws were stricter than state laws, they should defer to the states. The administration's guidance was something of a muddle, according to some criminal defense experts. Still, it was more than previous administrations had done.