Accessibility links
Finding Common Interests, Obama And The Pope Set A Date : It's All Politics The meeting in March will be the two men's first face-to-face encounter. The president and the pontiff have a shared interest in fighting income inequality, but the Roman Catholic Church still has serious differences with the president on issues such as abortion. 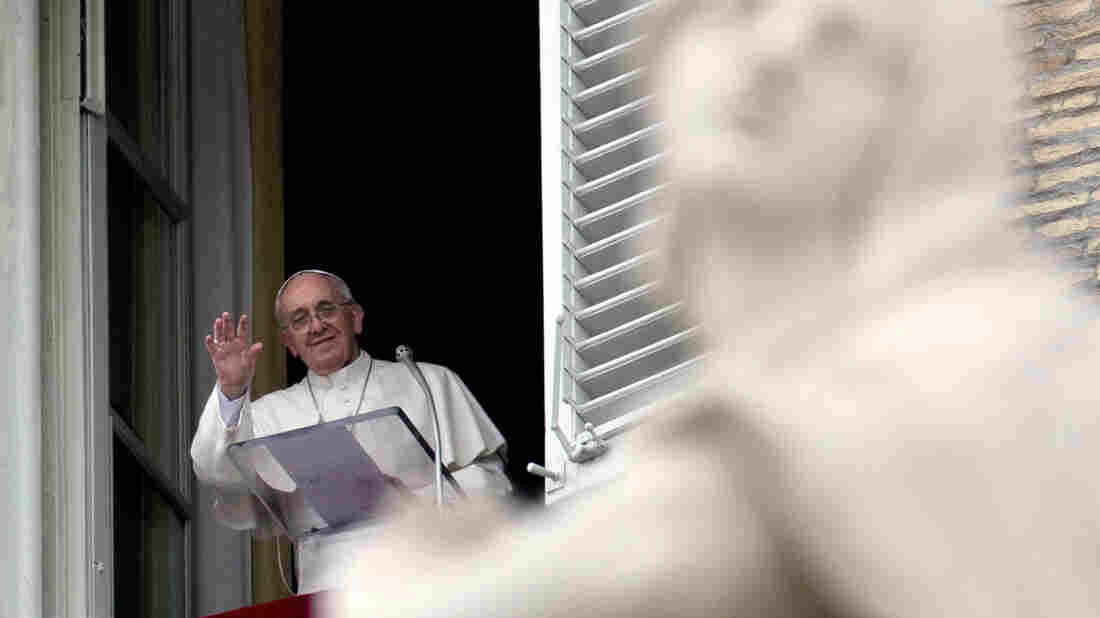 Pope Francis waves to faithful during the Angelus prayer from his studio overlooking St. Peter's Square at the Vatican on Sunday. President Obama will meet with the pope for the first time in March. Alessandra Tarantino/AP hide caption 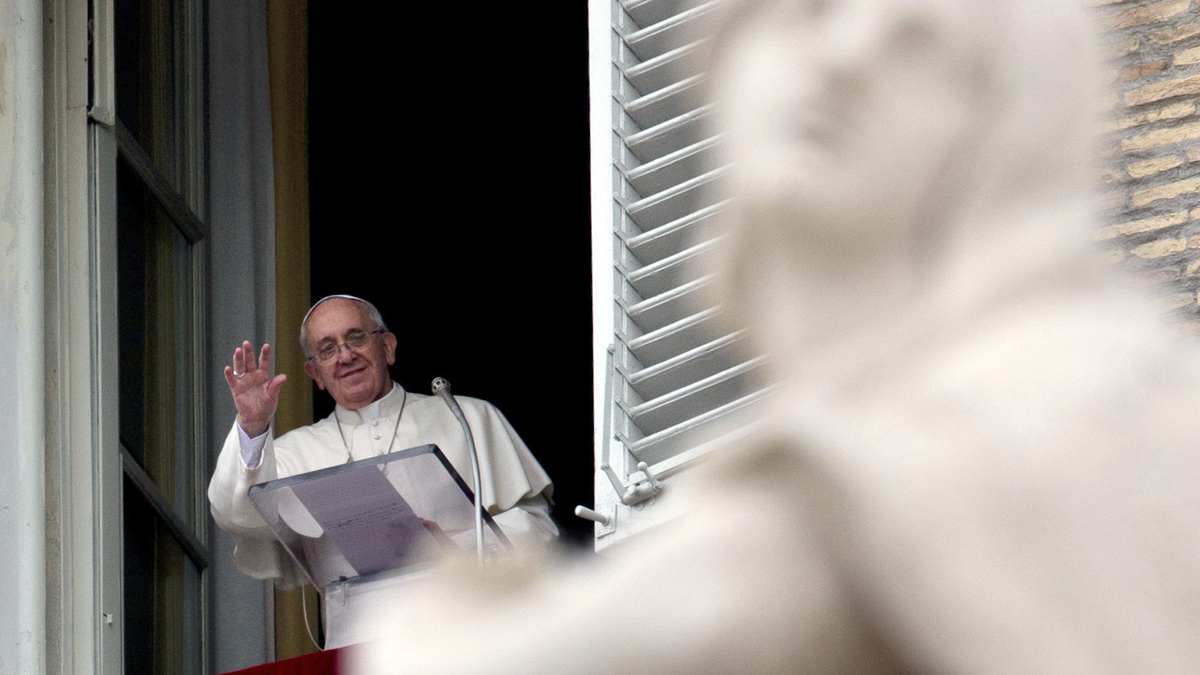 Pope Francis waves to faithful during the Angelus prayer from his studio overlooking St. Peter's Square at the Vatican on Sunday. President Obama will meet with the pope for the first time in March.

President Obama plans to meet this spring with Pope Francis.

On Tuesday, a White House spokesman announced the president will visit the Vatican as part of European trip in March. The president is said to be looking forward to talking with the pope about their "shared commitment to fighting poverty" and income inequality.

The meeting will be the two men's first face-to-face encounter, but Obama has carefully followed the pope's progress since Francis took charge of the Roman Catholic Church 10 months ago. As Obama told MSNBC in an interview last month, he likes what he's seen.

"I think Pope Francis is showing himself to be just an extraordinary thoughtful and soulful messenger of peace and justice," Obama said.

The president is particularly taken with the way this pope has stressed economic fairness, passing up many of the luxurious trappings of his own office while reaching out to the poor. Obama quoted the pope during a speech last month on income inequality.

"How could it be," he wrote, "that it's not a news item when an elderly homeless person dies of exposure, but it is news when the stock market loses 2 points?"

John Green, an expert on politics and religion at the University of Akron, says Obama is likely to be more simpatico with Francis than he was with Pope Benedict, whom Obama met with in 2009.

"This president and this pope seem to be very much on the same page when it comes to elevating that issue to the top of the agenda," Green says.

The Catholic Church still has serious differences with Obama on issues such as abortion and the administration's controversial requirement that most health insurance policies include free birth control. Green says while those doctrinal differences haven't gone away under Pope Francis, they have taken a back seat.

"This pope has chosen to de-emphasize, at least here early in his papacy, the emphasis on the social issues and to focus more on economic issues," he says.

Obama has also promised to make shared economic growth his No. 1 focus during his last three years in office.

Of course, it's possible Pope Francis will use their March meeting to confront the president on issues where they disagree, much as Pope John Paul did with President Bush over the Iraq war.

Whatever the two men discuss, Green says, it's unlikely to sway many voters back home, where American Catholics rarely take political marching orders from the pope. Still, for a president trying to add some symbolic shine to his own tarnished agenda, Green says visiting a popular pope is a pretty good place to start.