Accessibility links
Critics Seize On Blurry Details In Wendy Davis Story : It's All Politics Inconsistencies in the Texas Democrat's teenage mother-to-Harvard Law School graduate narrative have put Davis and her high-profile campaign for governor on the defensive. 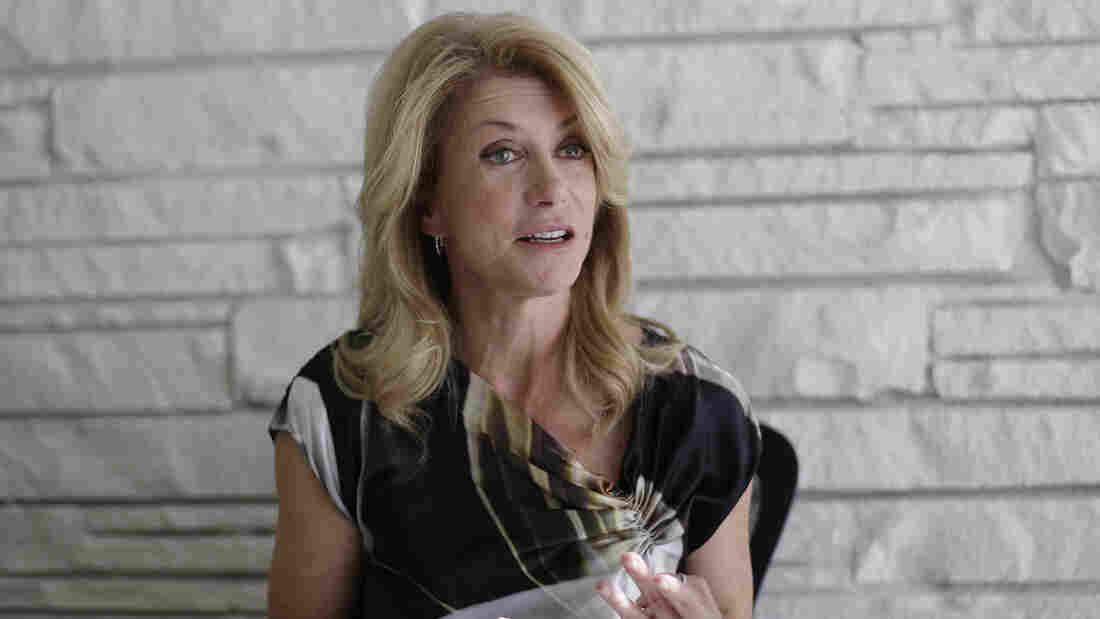 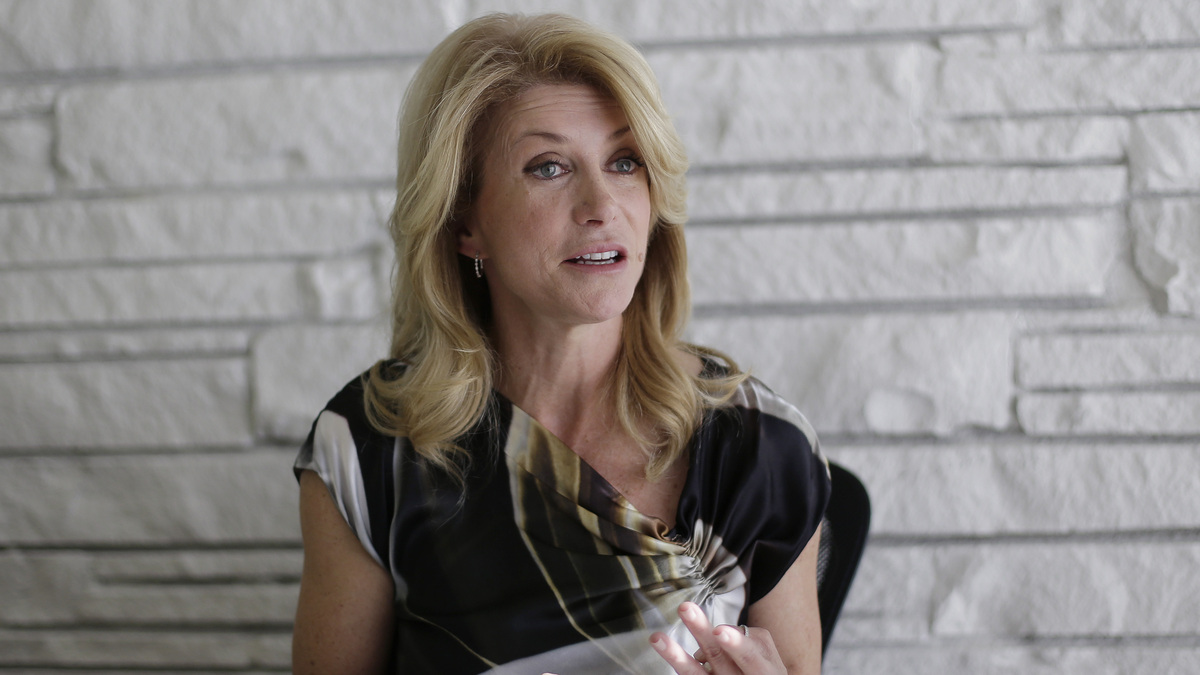 Wendy Davis' meteoric rise, from Texas state senator who barely won re-election to Democratic candidate for governor and darling of the national party, has hinged on her powerful personal story and a famous filibuster.

But inconsistencies in her teenage mother-to-Harvard Law School graduate narrative, as reported Sunday in The Dallas Morning News, have suddenly put Davis and her high-profile, big-money gubernatorial campaign on the defensive.

And the story, which also contained details of her 2005 divorce that included her teenage daughter's decision to live with her father, has opened a floodgate of attacks by conservatives eager to dismantle Davis' compelling biography.

Radio host Rush Limbaugh and the conservative blog RedState have seized on the story, which reported that Davis was divorced at age 21, not 19, as she has previously said; and that she lived in a trailer home after the split for a briefer time than suggested in her public profile.

And other GOP critics have engaged in online Twitter conversations questioning not only Davis' veracity but also her fitness as a mother. They've used the piece to broaden their criticism of Davis — from the reported discrepancies in her narrative to her "ambition" and details of her failed marriage.

"This is an early test for Davis," says Jim Henson, who directs the Texas Politics Project at the University of Texas. "She is neither the first nor the last person in politics to have to answer questions about a campaign's preferred narrative."

"Most of the fundamentals in that story were out there — maybe there was some additional firsthand reporting, and maybe a few new stray facts," he says. "Part of this story is about how a relatively standard piece in The Dallas Morning News got picked up and amplified by the pre-existing conservative infrastructure."

(Both the Texas Tribune and the Houston Chronicle had already published lengthy stories that looked at Davis' past, including details about her divorce and the fact that her second husband helped pay for her Harvard schooling by cashing out a retirement account.)

For her part, Davis was first apologetic, saying this to Dallas Morning News reporter Wayne Slater: "My language should be tighter. I'm learning about using broader, loose language. I need to be more focused on the detail."

But by Monday, she was staunchly defending her life story. And Tuesday, she used a series of late-day tweets like this one to excoriate her critics: "The other side has reached a new low — attacking my family, my education and playing politics with something that is deeply personal."

Her supporters likewise took to Twitter and other social media platforms.

"I wonder how many times Wendy Davis would have had to empty the sewage tank on her trailer for it to suit millionaire Greg Abbott?" tweeted Democratic strategist Harold Cook, referring to the GOP front-runner for governor.

Cook says he sees a deep vein of sexism in the right's broadening criticisms of Davis.

"Abbott's allies are trying to harm the credibility of a successful woman," Cook says. "If this were a story about a male candidate who became a father early, whose wife helped him through law school and took care of the children while he was in school — well, that's not news, is it?"

"The fact that Davis isn't a male candidate is the only reason anyone considers it news and Republicans try to paint it as a scandal," he says. "It's not news, and it's not a scandal."

Davis captured national attention last summer when she staged an 11-hour filibuster in an effort to block legislation limiting women's access to abortion. (The GOP-dominated Texas Legislature eventually approved the bill, which bars abortions at the 20th week of pregnancy.)

She was immediately seen as a rising star, someone who had the potential — if slim — of becoming the first Democratic official elected statewide in Texas in two decades. She and Abbott, the Texas attorney general, both raised more than $11 million in recent months for a race expected to eventually cost each north of $40 million.

Republicans have repeatedly downplayed Davis' prospects at capturing the top office in red state Texas. But the aggressive reaction to what many describe as minor narrative fudging (Abbott's campaign characterized Davis' bio as a "fanciful narrative") suggest that they may see her as a long shot, but not a no shot.

"The ball is very squarely in the Davis campaign's court," says Henson, of the Texas Politics Project. "This will be a test of its ability to respond to something hard and to counterpunch.

"Do the Democrats have the strength to fight it out with the Republicans right now?"