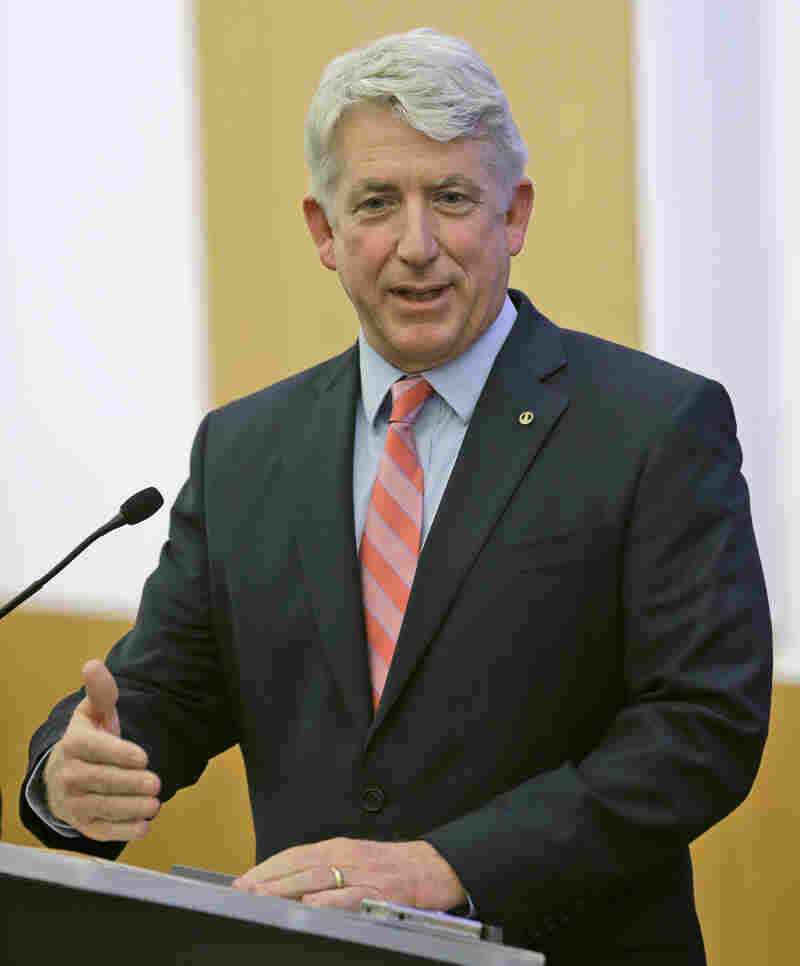 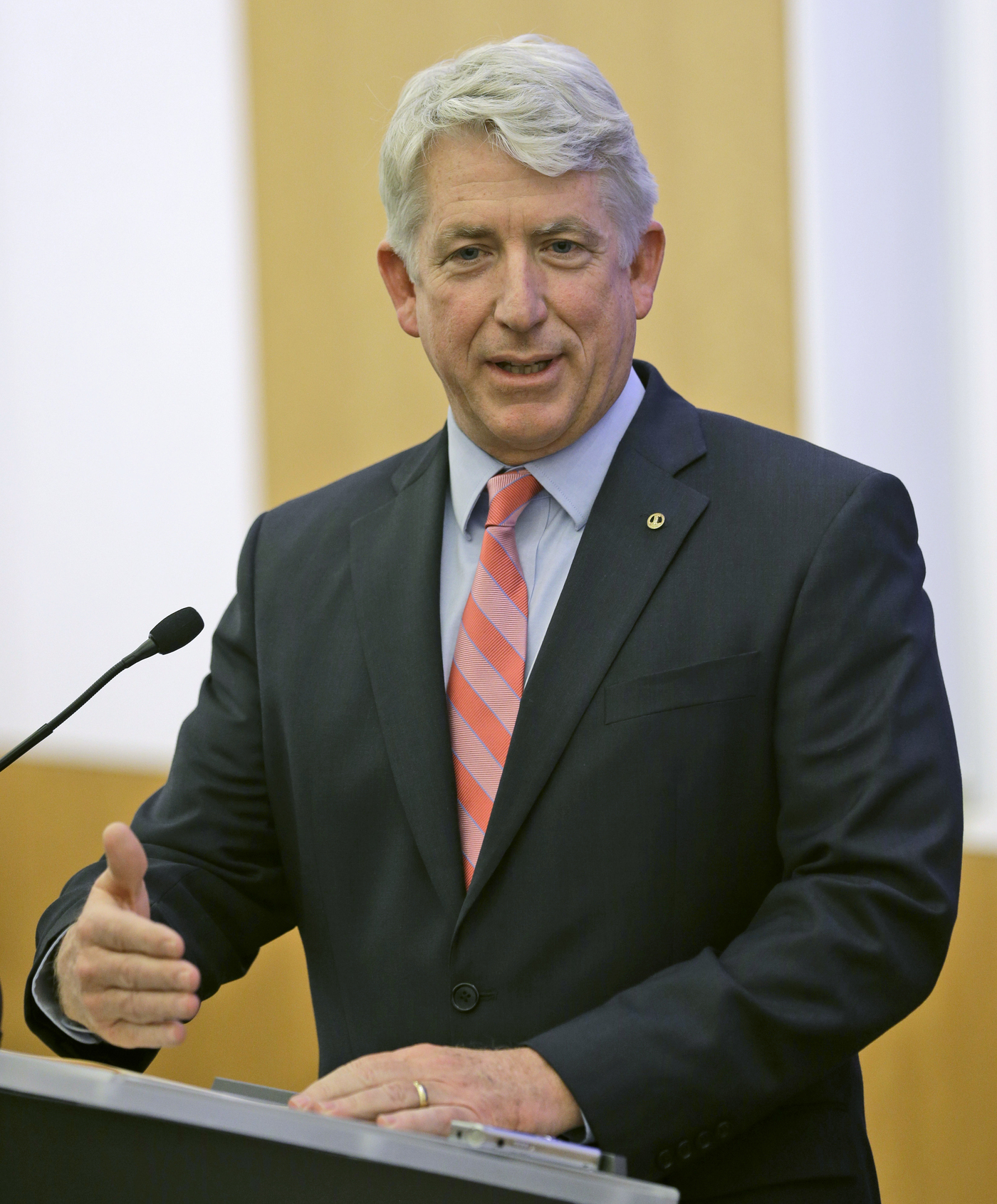 Political reaction to Virginia Attorney General Mark Herring's announcement Thursday that he won't defend the state's ban on same-sex marriage was strong and swift — and fell squarely along party lines.

Herring told Morning Edition's Steve Inskeep that he had concluded the 2006 constitutional amendment is inconsistent with the U.S. Constitution.

His remarks come less than two weeks after he was sworn into office, and amid a lawsuit challenging the ban — during which, ordinarily, Herring's office would defend the state law.

Democrats and gay-rights activists have lauded his decision; Republicans contend he's ignoring the will of the 57 percent of voters who passed the ban in 2006.

Here are a few of the reactions:

"Gov. McAuliffe supports the attorney general's conclusion and his efforts to ensure that all Virginians are treated equally under the law," a spokesman says. "As this case moves forward, the governor will continue to uphold his responsibility to execute the laws we have on the books."

Pat Mullins, chairman of the Republican Party of Virginia

"It took Mark Herring less than a month to decide he doesn't want to be Attorney General," Mullins said in a statement. "The first job of Virginia's Attorney General is to be the Commonwealth's law firm, and to defend the duly passed laws of Commonwealth. The subject matter is irrelevant. ... Attorneys don't get to choose whether or not they will defend their clients. Indeed, lawyers have a duty to select their clients carefully, because they are ethically bound to represent the claims of their clients, good or bad."

"I applaud Attorney General Herring for taking an important step to challenge Virginia's constitutional ban on same-sex marriage today," Kaine said in a statement. "As Governor, I opposed this discriminatory amendment and agree it's time for Virginia to be on the right side of history with respect to marriage rights."

William Howell, speaker of the Virginia House of Delegates (R)

"The Attorney General has a constitutional and statutory obligation to enforce and defend the duly adopted laws and Constitution of Virginia," Howell said in a statement. "This is not an obligation that can be taken lightly. The Attorney General's decision today demonstrates a great deal of disregard for that obligation, as well as the legislative and democratic processes by which those laws are adopted."

"I was very pleased to see that he is acting consistent with his oath to protect and defend the Constitution of the United States and to advocate for the liberty interests of Virginia citizens who want to marry the person they love," Toscano told NPR.

"Times have changed. If we decide as a country and we decide legally that equal protections should be granted to people independent of their sexual preference, then allowing certain people to marry but not other people to marry becomes inconsistent with the constitution."

Victoria Cobb, president of the Family Foundation of Virginia

"The idea that over a million Virginia citizens can be left defenseless by the attorney general after legally voting for an amendment that he himself supported is just chilling," Cobb said on Morning Edition. "It is incredibly disappointing that he wouldn't have been honest about his intentions and very straightforward about this issue while campaigning."

"Attorney General Herring joins the growing legal and public consensus that barriers to marriage for lesbian and gay couples do not protect anyone and only harm Virginia families," Griffin said in a statement. "This courageous stand on behalf of the Commonwealth plants Virginia firmly on the right side of history."