Accessibility links
Michigan Governor: Immigrant Influx Could 'Jump-Start' Detroit : It's All Politics "They're job generators for Americans," Republican Michigan Gov. Rick Snyder says of skilled legal immigrants. "So this could be a huge economic boom to help accelerate ... the comeback of Detroit." 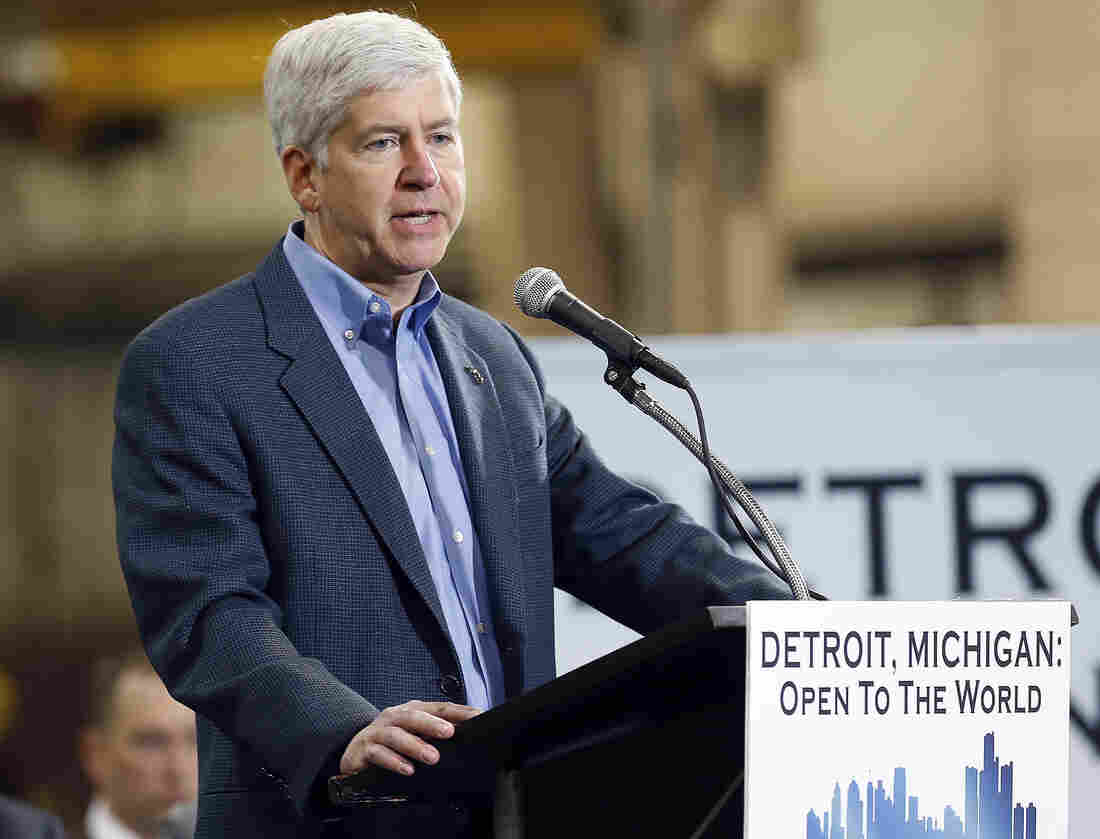 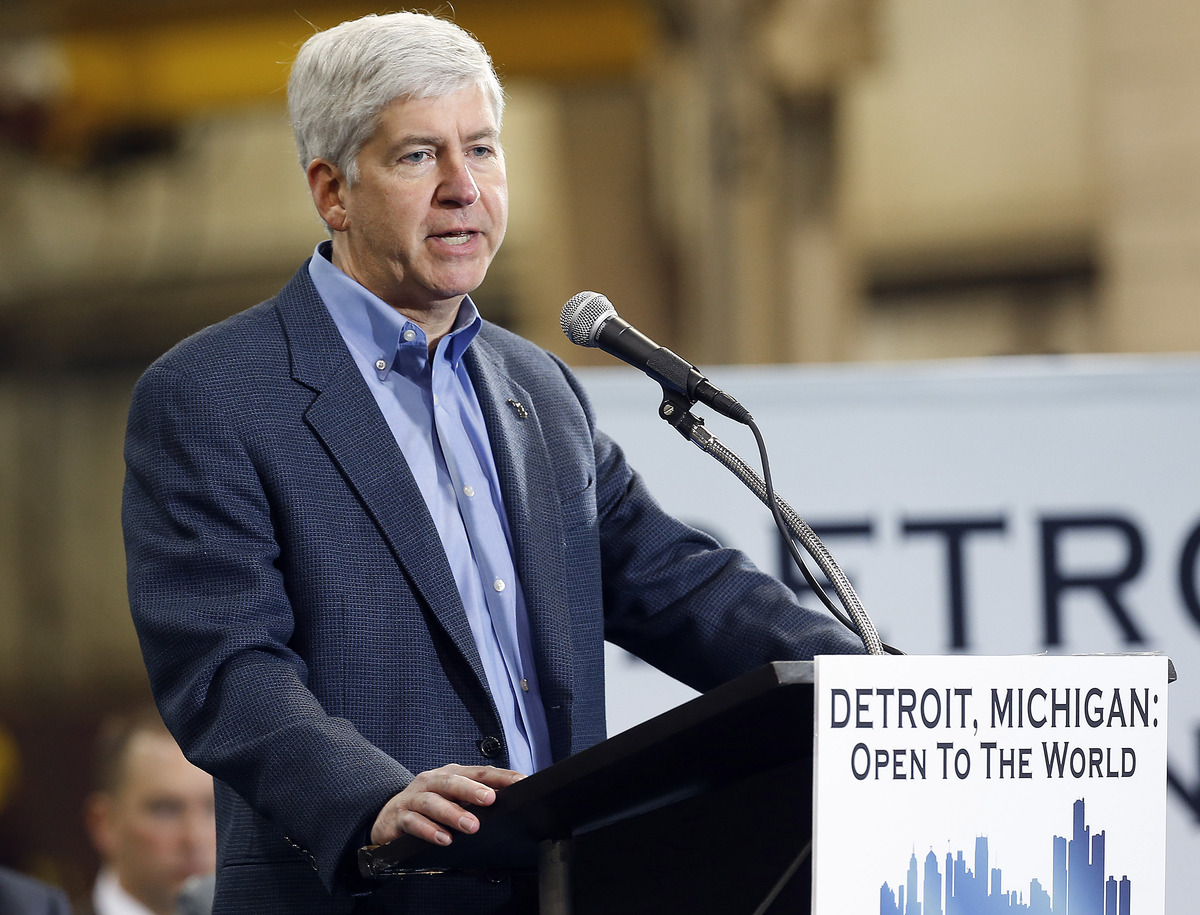 Michigan's Republican Gov. Rick Snyder was in Washington this week to talk about immigration reform. I got a few minutes with him before his appearance with former New York City Mayor Michael Bloomberg. So, of course, the first thing I asked was how the troubles of New Jersey Gov. Chris Christie and former Virginia Gov. Bob McDonnell might affect the Republican brand.

Not surprisingly, Snyder, a very successful business leader in his first term as governor, politely sidestepped that question.

"Obviously, when you see situations like that, they generate a lot of concerns and questions and attention. What I say in respect to my role in all that is, I'm governor of Michigan. So I stay in my lane pretty much and say, 'The citizens of Michigan elected me and hired me to take care of their state.' So I stay focused on that."

With that out of the way, we went on to talk about something he really wanted to discuss: Snyder's call for federal action on immigration.

A firm member of the GOP's establishment business wing, Snyder would like to see Washington policymakers pass comprehensive reform. But he's not waiting for that. In his state of the state speech last week, Snyder outlined a strategy aimed at making Michigan more hospitable to skilled legal immigrants and boosting that population, which he sees as an economic force.

Snyder has proposed funneling skilled immigrants into Detroit as a way to rejuvenate the moribund city. The goal would be to attract 50,000 immigrants over five years.

"They're job generators for Americans," Snyder said of skilled legal immigrants. "So this could be a huge economic boom to help accelerate, jump start the comeback of Detroit."

But before Snyder's vision could be tested, federal lawmakers in Washington would have to raise the number of work visas being issued for legal immigrants.

What would be Snyder's pitch to those prospective workers?

"Why don't you just move to Detroit? We have demand for engineers, IT professionals, life sciences, health care people. Come move to Detroit as part of this 50,000 visa program, set up shop and help generate ... more jobs for the people of Detroit. That's a pretty cool concept."

Michigan's jobless rate has been falling, but it's still 8.4 percent, way above the national average.

Some might ask: Why not just train jobless Detroiters in the needed fields?

"We're doing those retraining programs and we're going to continue 'em," Snyder said. "But it's not just about having the retraining program. If we can create much more economic activity by having these engineering centers, these IT places come, there's great demand to hire a lot of Detroiters and bring down that [unemployment] rate even faster and better by having even more people come."