Accessibility links
Surgeon General Pick's Tweets Annoy GOP, But Not Enough To Block Him : It's All Politics Boston physician Vivek Murthy, an outspoken supporter of the Affordable Care Act, told a Senate panel that as surgeon general he'll focus on obesity, smoking cessation and vaccinating kids.

Surgeon General Pick's Tweets Annoy GOP, But Not Enough To Block Him

Surgeon General Pick's Tweets Annoy GOP, But Not Enough To Block Him 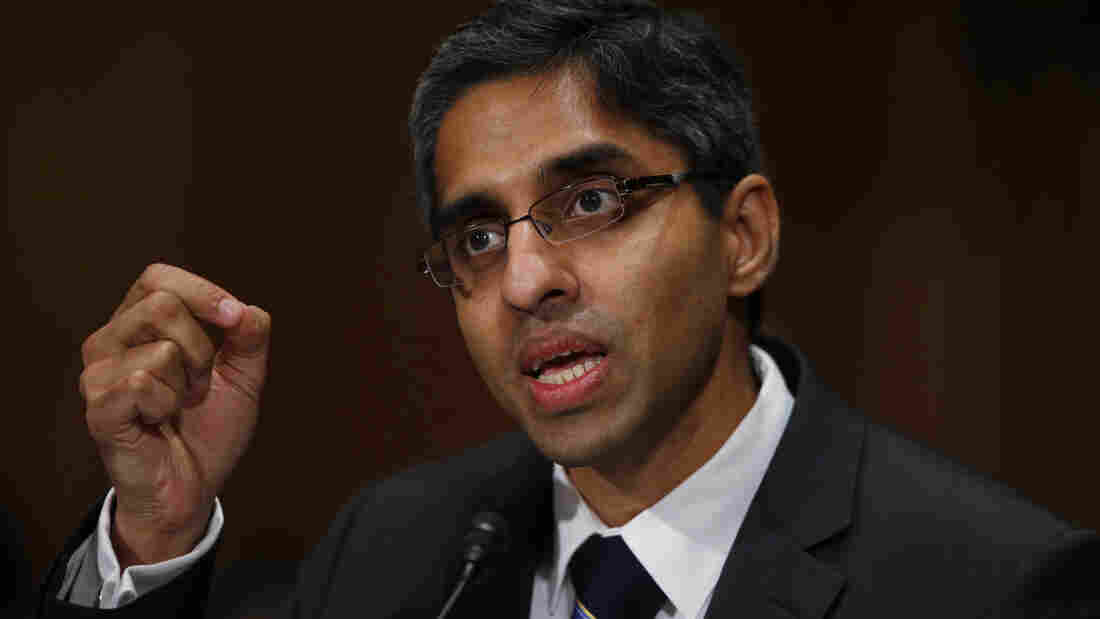 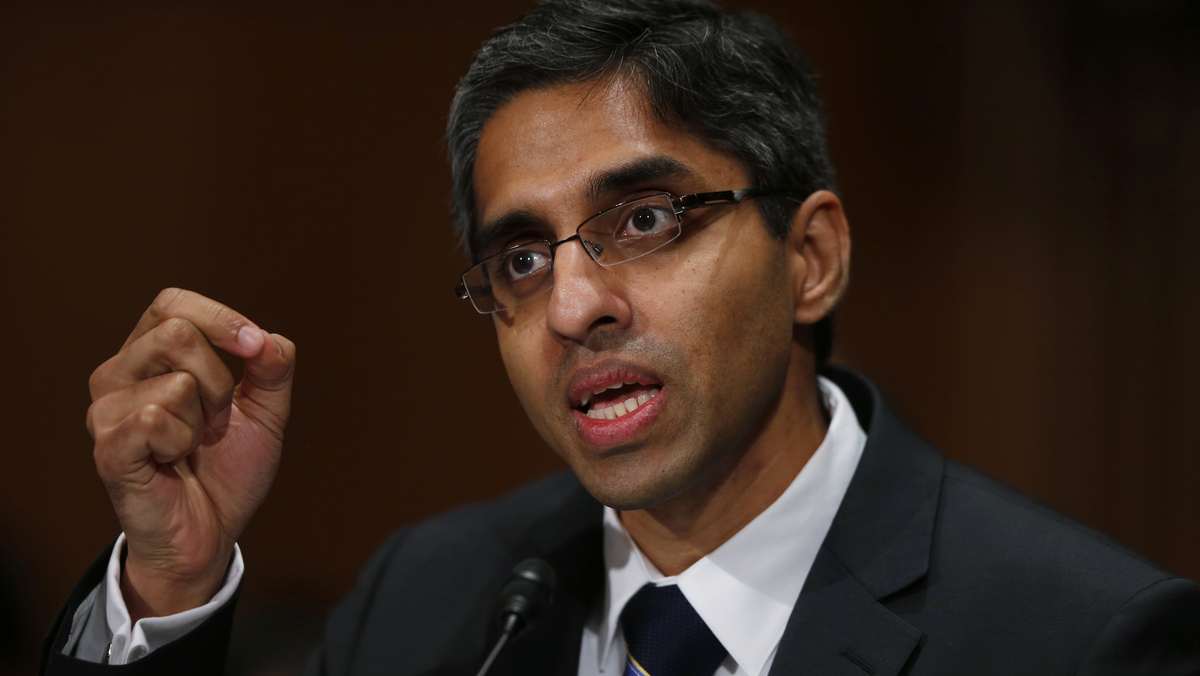 Dr. Vivek Murthy, President Obama's nominee to be the next U.S. surgeon general, testifies Tuesday on Capitol Hill before the Senate Health, Education, Labor and Pensions Committee hearing on his nomination.

Boston physician Vivek Murthy was expected to run into political headwinds Tuesday during his Senate confirmation hearing for the post of the nation's top doc — surgeon general.

Murthy, 36, the founder of a national physicians group that worked to pass the Affordable Care Act, was seen by some as vulnerable to GOP attacks because of his political work, his youth and his less-than-a-lifetime of public health experience — not to mention a few impolitic tweets guaranteed to rile conservatives.

But Republican opposition to Murthy, the Harvard-educated son of immigrants from India, proved tepid during the Health, Education, Labor and Pensions Committee hearing.

Why? GOP Sen. Mike Enzi of Wyoming had a theory.

Not only did Enzi say he found himself "impressed" with Murthy's comments, but, in the end, it really wouldn't have made much difference if he hadn't.

"We have this nuclear option now," Enzi said, referring to the recent change in Senate rules that allows a simple majority of senators to override filibusters on the president's nominations, with the exception of Supreme Court picks.

Your confirmation is assured, Enzi told Murthy, who got a combined medical degree and master's degree in business from Yale University.

The committee's top Republican, Sen. Lamar Alexander, R-Tenn., warned Murthy that if politics and advocating for the ACA "becomes your principal purpose in the bully pulpit, that becomes a problem."

Murthy told senators that he would avoid politics and use the surgeon general's position to focus on childhood obesity, cutting tobacco use and vaccinating children.

If confirmed, he'll also oversee the National Prevention Council, a 20-member creation of the ACA that oversees federal health and prevention efforts.

Prevention, Murthy told the panel, is "an issue I'm deeply passionate about."

What he hasn't seemed so passionate about lately is tweeting: his last entry on the social media platform was last September, two months before he was nominated for surgeon general.

But he found himself having to explain two earlier tweets flagged by Republicans.

Alexander dinged the nominee for a tweet declaring that he was "tired of politicians who are scared of the NRA." The Second Amendment," the senator instructed, "is not part of an interest group."

And Enzi wanted an explanation for a Murthy tweet that asserted "Obamacare gives women choice and access to contraception. What's wrong with choice?"

Murthy said his approach to contraception is "informed by science," and that "when women have access to contraception, it results in better health outcomes for mothers."

Murthy, whose father was a primary care doctor in Miami, is an attending physician at Brigham and Women's Hospital in Boston. He founded in 2007 the software startup Trial Networks, which is intended to help professionalize and streamline clinical trials. He is also founder of the nonprofit VISIONS Worldwide that works to provide AIDS and HIV education in India.

If confirmed, Murthy would become the third youngest surgeon general in the nation's history.