Accessibility links
Democrats Clash In Military Sexual Assault Debate : It's All Politics Democratic Sens. Claire McCaskill of Missouri and Kirsten Gillibrand of New York are at odds over whether military commanders should retain control over pursuing prosecution in sexual assault cases. 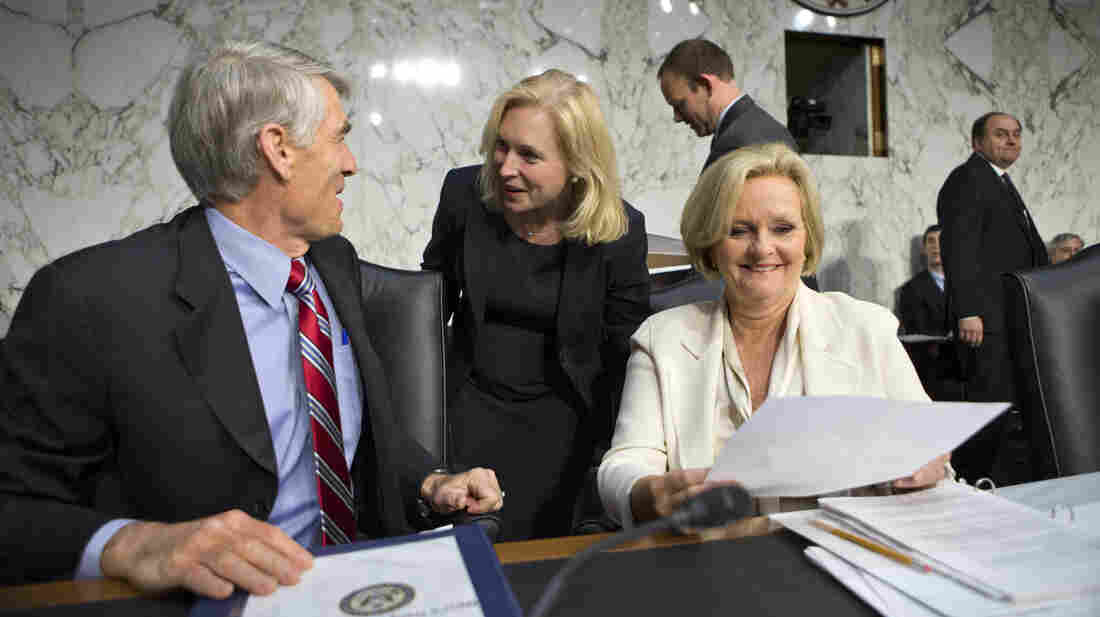 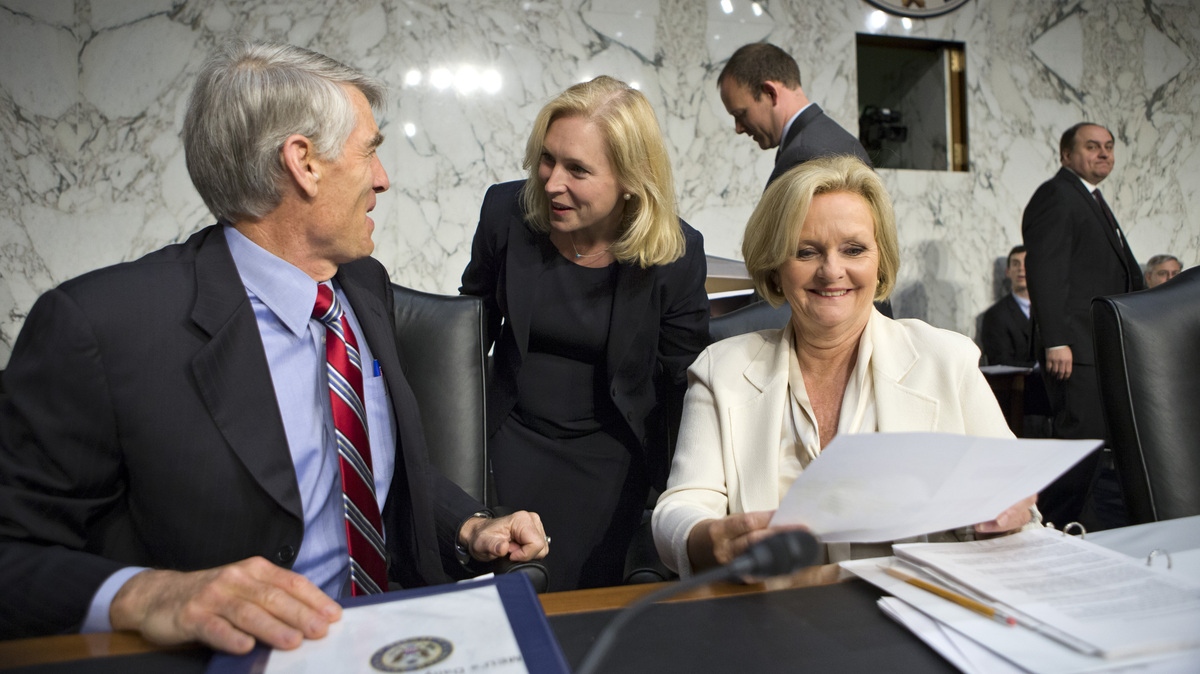 The Capitol Hill crackdown on sexual assaults in the U.S. military has been a rare mission on which Republicans and Democrats have found common ground over the past year.

The effort, spearheaded by Senate women — including an unprecedented seven on the Armed Services Committee — has already resulted in scores of tough new provisions designed to root out sexual predators, improve victims' services, and end commanders' ability to overturn jury convictions.

The reforms were wrapped into the National Defense Authorization Act signed by President Obama in December.

"The awareness of this issue has been raised to a height never imagined before," says Sen. Richard Blumenthal, a Connecticut Democrat and member of the Armed Services Committee, which last spring held high-profile hearings on the military sexual assault crisis. "Most informed Americans are now aware of this very serious issue and are deeply interested in it."

But a simmering policy dispute between two Democratic senators — both women and both influential members of the Armed Services Committee — has been overshadowing gains that most characterize as nothing short of historic.

The point of contention? Legislation proposed by New York Democratic Sen. Kirsten Gillibrand that would take the unprecedented step of stripping U.S. military commanders of control over decisions about whether to pursue prosecution in cases involving sexual assault allegations.

Her fellow Democrat, Sen. Claire McCaskill of Missouri, is aggressively opposing the effort, arguing that the change would not improve the climate or legal path for victims. She has legislation of her own that promotes additional, noncontroversial reforms to combat sexual assault but would leave prosecution decisions in the hands of the military chain of command.

The argument had become increasingly contentious leading up to what was expected to be a Gillibrand-McCaskill legislative showdown this week in the Senate.

McCaskill suggested that Gillibrand would need the votes of 60 senators to advance her bill — a statement many read as tantamount to a filibuster threat. And Gillibrand, who argues that the status quo has not worked even in what's supposed to be a "zero tolerance" climate, this week peppered her Twitter feed with entries like this: "How many more rapes must we endure to wait & see what reforms are needed?"

But scheduling, horse-trading, and, perhaps, Gillibrand's very public pursuit of those 60 votes (her office this week confirmed it has 54 publicly confirmed supporters — including nine Republicans, among them Rand Paul of Kentucky and Ted Cruz of Texas), have pushed the schedule back to later this month. At the earliest.

Gillibrand's Senate supporters, among them Blumenthal and Sens. Tammy Baldwin, D-Wis., Jeanne Shaheen, D-N.H., and Lisa Murkowski, R-Alaska, suggest that she is very close to getting to the 60-vote threshold. But that count would include some senators who would vote to take it to the floor for debate, but would not support it in the end.

McCaskill's people say they do not believe that Gillibrand has, or will get, the 60 votes needed.

What may have damaged for now the New York senator's pursuit of 60 votes is a recent report by a female-dominated panel of experts that overwhelmingly concluded military commanders should maintain their authority over the prosecution of sexual assault cases.

Former U.S. Rep. Elizabeth Holtzman said she came to the panel, established by Congress to study the prospect of moving sexual assault prosecutions out of the chain of command, believing that Gillibrand's proposal "sounded right."

"I changed my mind," Holtzman said when the panel presented its findings.

If removing the commander as the convening authority, she said, and putting the power in the hands of "prosecutorial bureaucracy" would make a difference, "I would be saying junk it. We can't have the present system.

"But we haven't seen any evidence of that," she said, a conclusion shared by eight of the nine panel members, which included two men.

Last fall, a civilian advisory committee on women's issues for the Defense Department came to a different conclusion: it voted to support legislation that would remove from the chain of command "the prosecution of serious crimes, including sexual assault..."

The battle is expected to be rejoined when senators return from their Presidents Day holiday break later this month.

"Whether the McCaskill bill or the Gillibrand bill," Blumenthal says, "one of them will pass, and will make a difference."