Accessibility links
Election Panel: Long Lines Were Management Problem : It's All Politics The election administration commission appointed by President Obama found no evidence that partisan plots were behind long Election Day lines, as some have suggested. Rather, some election officials simply misjudged how much equipment and personnel they needed at certain precincts. 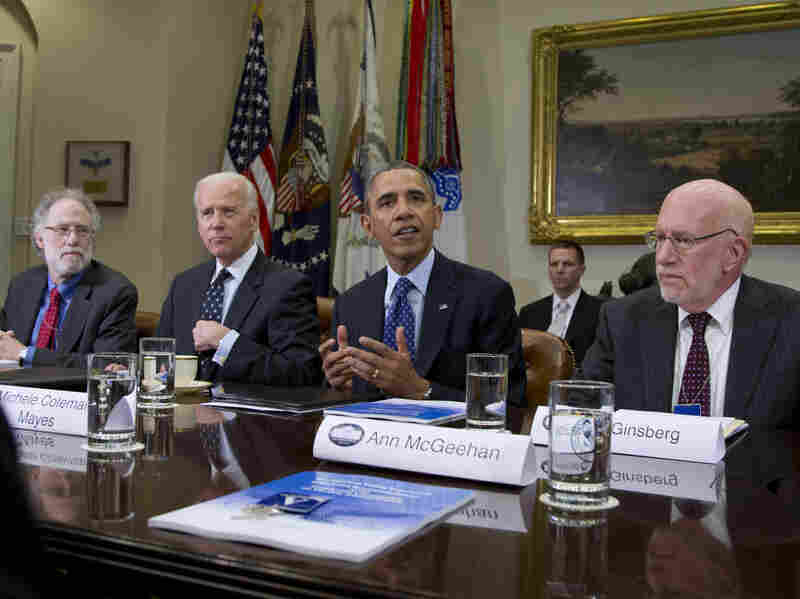 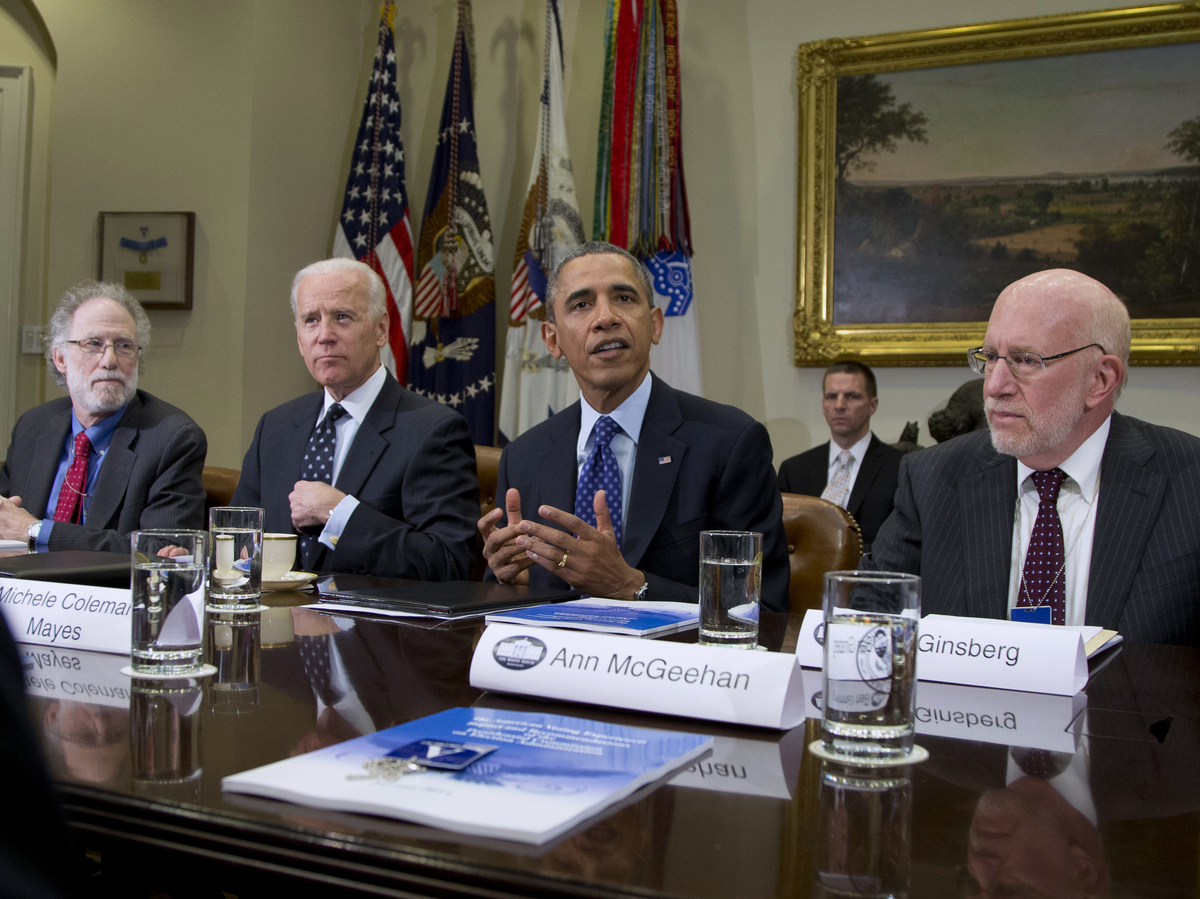 The commission President Obama appointed last year to figure out how to fix long lines at the polls and other election problems has sought to steer clear of the many partisan land mines surrounding how Americans vote.

The two co-chairmen of the panel continued to that navigation Wednesday as they presented their unanimous recommendations to the Senate Rules Committee.

First, he said the commission was struck by how much it had heard from both Democrats and Republicans, "once the lights were off and the doors were closed," about their desire to improve the way elections are run.

And then he told senators that any partisan plots to disenfranchise voters would be far less likely to succeed if states adopted some of the changes proposed by the bipartisan panel, like improving the accuracy of voter registration lists.

"There's more vulnerability of the system to those sorts of shenanigans if the system itself is weak," Bauer said. "If it's strong, it's less likely that it will break down under political pressure or by political design."

His co-chairman, Republican attorney Ben Ginsberg, also said the panel found a lot of common ground when it came to elections, including agreement that no voter should have to wait more than 30 minutes to cast a ballot. Some voters had to wait six or more hours in 2012 to vote.

Ginsberg also said — in response to a question from Republican Sen. Pat Roberts of Kansas — that the commission found no evidence in hearings around the country that long lines were the result of partisan plots, as some have suggested.

Instead, Ginsberg said, it was almost exclusively a management problem. Some election officials simply misjudged how much equipment and personnel they needed at certain precincts. The commission is providing online programs to help local election officials better manage resources.

But how much impact the panel's recommendations will have is an open question. For the most part, it's up to state and local governments to decide whether or not they want to make the changes. And those debates are often fraught with political debate over how easy or difficult voting should be.

One of the commission's biggest concerns involves voting technology — a nonpartisan issue that has nevertheless become highly politicized.

Bauer and Ginsberg warned that there's a huge crisis in voting technology right around the corner. They said all the new voting equipment purchased after the disputed 2000 presidential election will "no longer be functional" within the next 10 years. But the process now in place to upgrade the equipment is in disarray.

That's because the federal agency known as the Election Assistance Commission (or EAC) needs to certify all new voting technology. And there's one big problem: The EAC hasn't had any commissioners since 2011 because of a dispute between Republicans and Democrats over whether or not there should even be an EAC.

Republicans think the EAC has outlived it's usefulness and should be eliminated. Democrats think it should continue to oversee how elections are run.

Bauer and Ginsberg — again, diplomatically — suggested that an alternative way to certify voting equipment should be found in the event the EAC never gets up and running again.

In one more sign that elections and politics are difficult to separate, the Rules Committee had scheduled a vote on President Obama's two Democratic nominees to the EAC — Myrna Perez and Thomas Hicks — right after Bauer and Ginsberg testified. But at the last minute, the vote was postponed until after the Senate's Presidents Day recess, because the committee couldn't get a quorum.