Accessibility links
Seth Rogen Tees Off On Senators Who Walked Out On His Testimony : It's All Politics When the comic addressed a U.S. Senate subcommittee about Alzheimer's disease Wednesday, the experience was anything but typical. 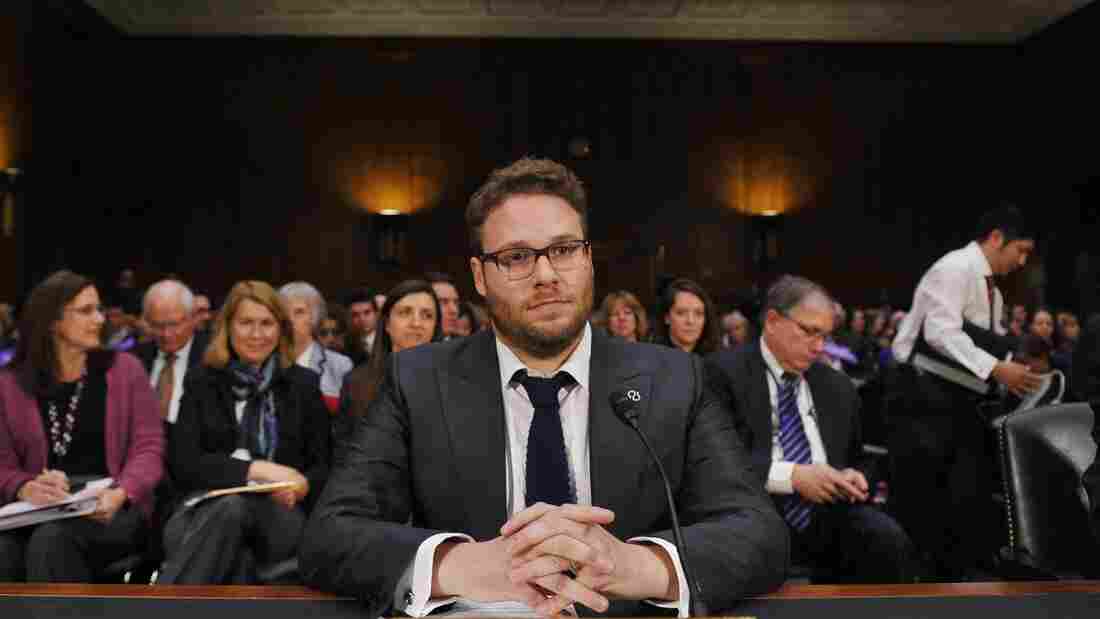 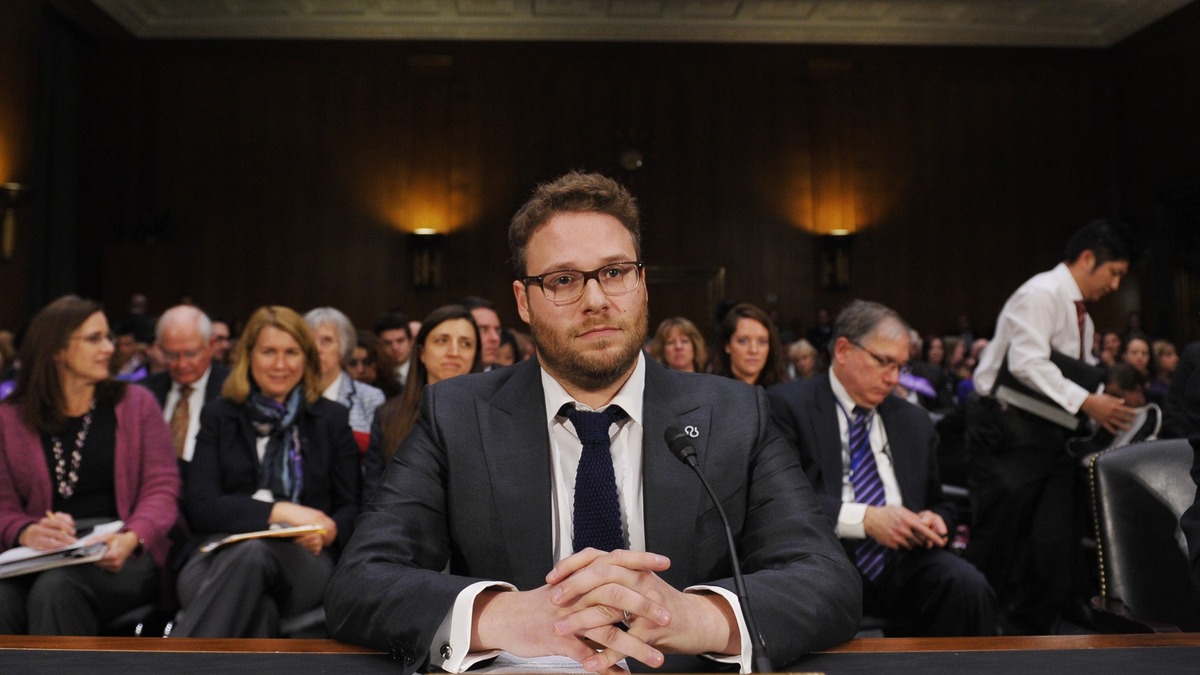 Actor and Alzheimer's advocate Seth Rogen prepares to testify before a Senate hearing on the rising cost of Alzheimer's disease in America.

Celebrities regularly testify on Capitol Hill about issues important to them. But when comic actor Seth Rogen addressed a U.S. Senate subcommittee about Alzheimer's disease Wednesday, the experience was anything but typical.

Disappointed by the hearing's low turnout, Rogen took to Twitter — where his account has 1.84 million followers — to voice his frustration.

"Not sure why only two senators were at the hearing. Very symbolic of how the Government views Alzheimer's. Seems to be a low priority," Rogen tweeted after the hearing.

Rogen gave an opening statement to the Senate Subcommittee on Labor, Health and Human Services, Education, and Related Agencies, which has 18 members. But only two of them — Sen. Jerry Moran, R-Kan., and Sen. Tom Harkin, D-Iowa — were present for his plea for increased federal funding for Alzheimer's research.

Thanks to @Sethrogen for speaking out about efforts to #ENDALZ. RT if you know someone affected by #Alzheimers. pic.twitter.com/KTDIxPaMXU

.@SenatorKirk pleasure meeting you. Why did you leave before my speech? Just curious.

Sen. Mark Kirk nevertheless tweeted at Rogen, thanking him for his efforts to end Alzheimer's, but Rogen was quick to respond that the senator wasn't actually there for the testimony.

"Symbolically, it hurts the cause to see that many empty seats. Wish you hung around. Nice meeting you," Rogen tweeted, after Kirk explained that he was at another meeting.

The actor later appeared on Hardball with Chris Matthews where he repeated his criticism of senators who left the hearing before his testimony.

"It seems like these people [the senators] don't care. That's the direct message they're giving by leaving during our testimony," Rogen told Matthews.

Rogen and his wife founded the nonprofit Hilarity for Charity to raise money for Alzheimer's research and to provide support for families struggling with the illness.