Accessibility links
Clintons Provide Firepower Behind DNC 'Voter Expansion Project' : It's All Politics A new Democratic National Committee effort is designed to counter voter ID and other laws that make it harder for many voters to cast their ballots. Bill and Hillary Clinton are lending their help. 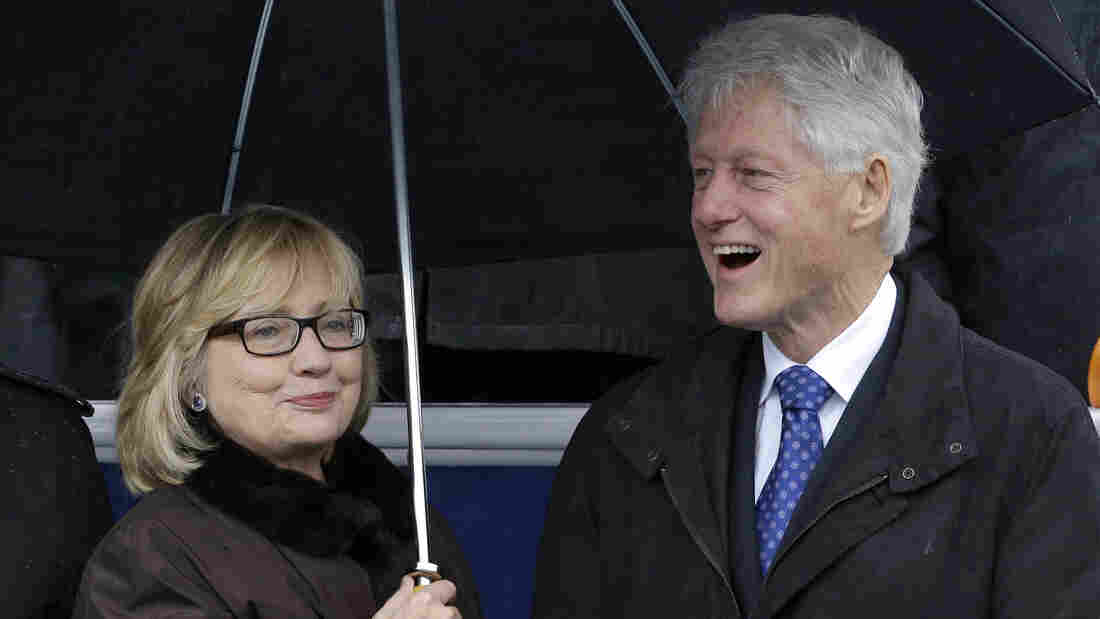 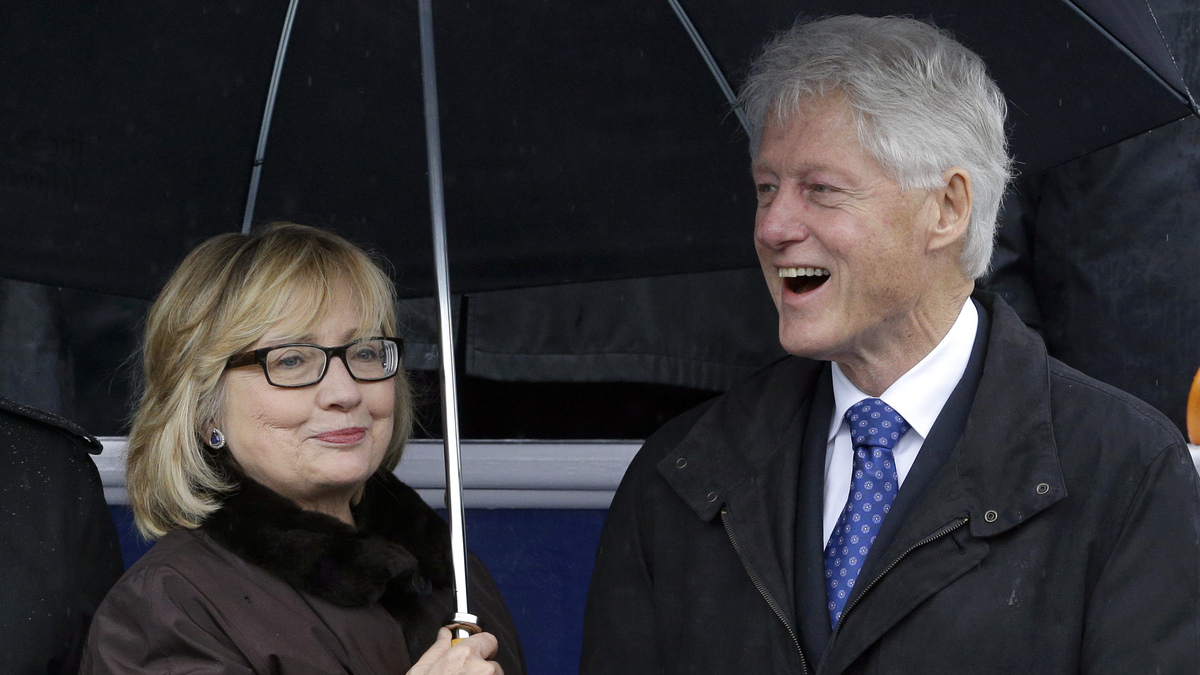 Democrats believe they've discovered a way to play more offense against Republican efforts that have had the effect of making it harder for many voters — especially young, senior and minority citizens — to cast their ballots.

Their answer: a new initiative, announced by the Democratic National Committee at its winter meeting in Washington, aimed at countering voter ID and other laws and practices that can dampen voting.

The goals of the new effort aren't merely to protect voting rights but to expand the overall pool of voters, DNC officials told reporters at a briefing Thursday.

Former President Clinton and Hillary Clinton, the front-runner for the 2016 Democratic presidential nomination, are committed to the "voter expansion project" in a big way, said a DNC official who spoke on background.

According to the official, the Clintons embraced the DNC's new plan because they have long wanted to see the party be more proactive and systematic in its efforts to increase the number of voters and to protect their voting rights.

Another DNC official who spoke on background said the Clintons saw the new initiative as a plan donors could become excited about. That, in turn, would help the Clintons raise money to help extinguish the DNC's nearly $16 million in debt left from its 2012 effort to re-elect President Obama. The Clintons have pledged to aid retiring that debt.

"This is really important to the Clintons," a DNC official said of the new initiative. The official added that the Clintons were especially "fired up" by last year's Supreme Court decision overturning a key provision of the 1965 Voting Rights Act.

Underscoring the Clintons' centrality to the new effort, the former president appeared in the DNC video announcing unveiling the initiative.

At a briefing for reporters, Rep. Debbie Wasserman Schultz of Florida said: "We are not just going to be on defense anymore. The DNC is going to dominate offense. We are focused on expanding the map...

"Our goal is to reach people where they live, where they eat, where they play and where they pray," in order to significantly increase the typically low voter turnout rates of midterm elections, said Donna Brazile, the DNC vice chair and a prominent Democratic political strategist.

That means putting more emphasis on getting voters to turn out for local and state races, which increases the chances they will vote in races for federal offices.

Starting much earlier in the election year on boosting turnout and voter protection is a big part of the plan, DNC officials said.

The DNC intends to act as a clearinghouse and resource for local and state party organizations. As DNC officials described their plans, their strategy sounded like it was more about targeting its human and other resources earlier and with more of a plan than has been true in the past.