Accessibility links
3 Lessons From Obama's Failed Justice Department Nomination : It's All Politics Why was it such a disaster? Seven Democrats defected from their party to vote against President Obama's nominee. 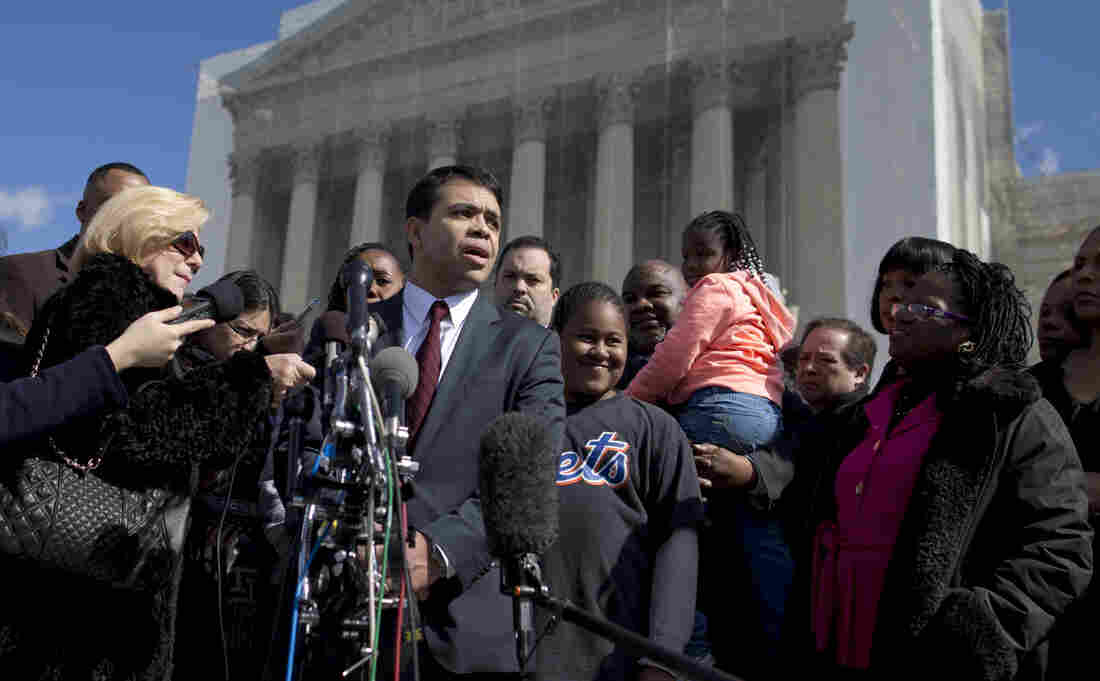 The specter of failure is often enough to get the White House and Senate leaders to punt on a nomination. But not in the case of Debo Adegbile. Evan Vucci/AP hide caption 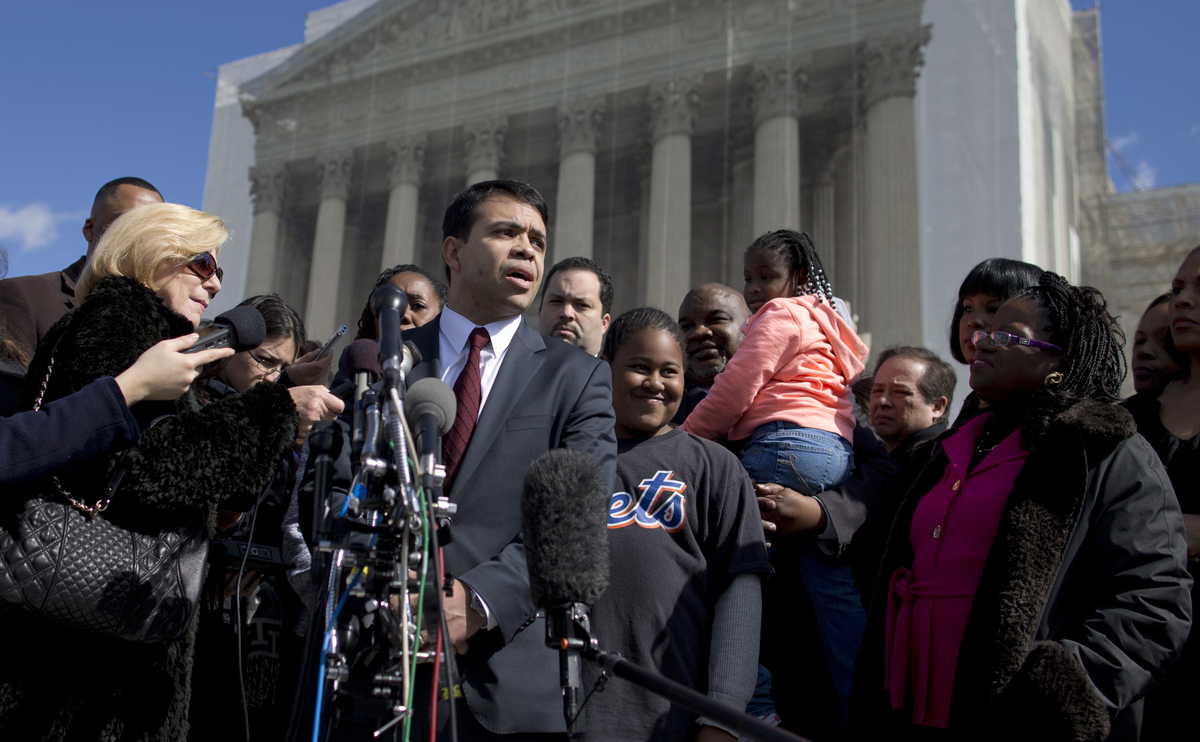 The specter of failure is often enough to get the White House and Senate leaders to punt on a nomination. But not in the case of Debo Adegbile.

Now that the smoke has cleared from Debo Adegbile's failed nomination Wednesday to head the Justice Department's civil rights division, there are some lessons to draw from that Democratic debacle.

Why was it a disaster? Seven Democrats defected from their party to vote against Obama's nominee. The nomination had been opposed by police groups because of Adegbile's indirect role in the appeals process for Mumia Abu Jamal, a death-row inmate convicted of killing a Philadelphia police officer in 1981.

Here are three things we learned from the vote.

The nominee was the decider: Senate Democrats and the White House apparently knew before Wednesday's procedural vote that they didn't have the 51 votes needed to allow Adegbile's nomination to proceed to a floor vote.

But Reid told reporters Thursday that Adegbile insisted on the vote going forward as a matter of principle. And Senate Democrats and the White House let it.

That's unusual because when Senate leaders and administration officials know a nomination lacks votes, they'll typically pull the nominee from consideration to avoid an embarrassing defeat that uses up precious political capital.

Also, if Senate leaders know a controversial nomination doesn't have support, they'll usually prevent a vote to keep their caucus members from wasting a tough vote that can be used against them politically.

By allowing the vote to go forward anyway, it suggested the episode might be used to fire up African American voters in November — in a mid-term election year when minority voters typically vote in significantly lower numbers than in presidential years.

Indeed, two vulnerable Democratic senators whose chances might depend on a relatively strong black turnout voted to let the Adegbile nomination proceed — Mary Landrieu of Louisiana and Kay Hagan of North Carolina.

A dead-police-officer story trumps an up-from-poverty story: Two competing and compelling stories formed the backdrop of the Adegbile nomination. There was the story of Daniel Faulkner, an on-duty Philadelphia police officer, as well as husband, who was shot to death in a particularly brutal murder for which Abu-Jamal was convicted and sentenced to death, which was later commuted to life without parole. For three decades he was either a famous political prisoner or an infamous cop-killer, depending on your politics.

The other story was Adegbile's, the son of Nigerian and Irish immigrants. As a child, Adegbile knew poverty and homelessness, was raised by a single mother and was a child actor on Sesame Street. He later went to New York University law school and eventually held the post at the NAACP Legal Defense Fund that was once occupied by Thurgood Marshall.

Adegbile's life story, under more normal circumstances, would have been enough to guarantee him the support of every Democrat. But this wasn't a normal situation. Abu-Jamal isn't just any convicted killer. As far as police unions are concerned, he's the nation's foremost cop-killer. The only part of Adegbile's biography that mattered to them was that he was once — by virtue of his NAACP job — involved in Abu-Jamal's appeal.

All politics are local, still:The nearer you get to Philadelphia, the more heated are the passions about the Faulkner shooting — especially among law enforcement officers. Which is why it shouldn't have surprised anyone that Democratic Sens. Bob Casey of Pennsylvania and Christopher Coons of neighboring Delaware voted against proceeding with Adegbile's nomination.

Unlike Casey, who isn't up for re-election until 2018, Coons is running for re-election this year. Having police unions and their allies actively working against his re-election was one more problem he didn't need.