Accessibility links
New Climate For Drug Sentencing, Guidelines Expected To Change : It's All Politics The issue of drug sentencing reform has been getting historic traction in recent months, crossing ideological lines. Attorney General Eric Holder backed the "All Drugs Minus Two" proposal Thursday. 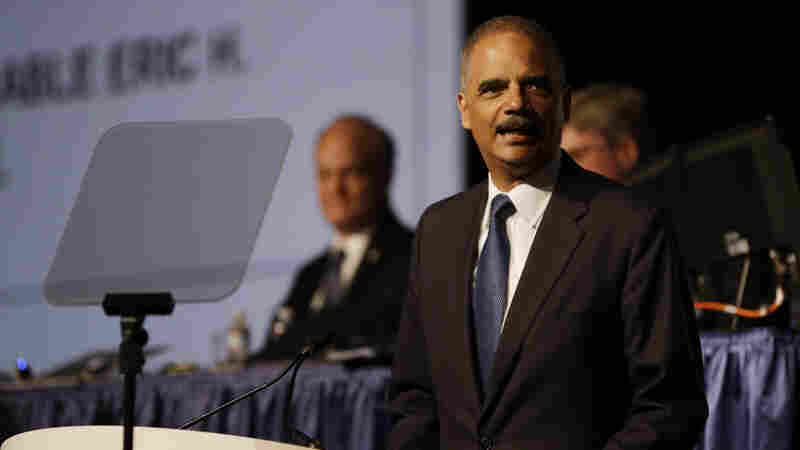 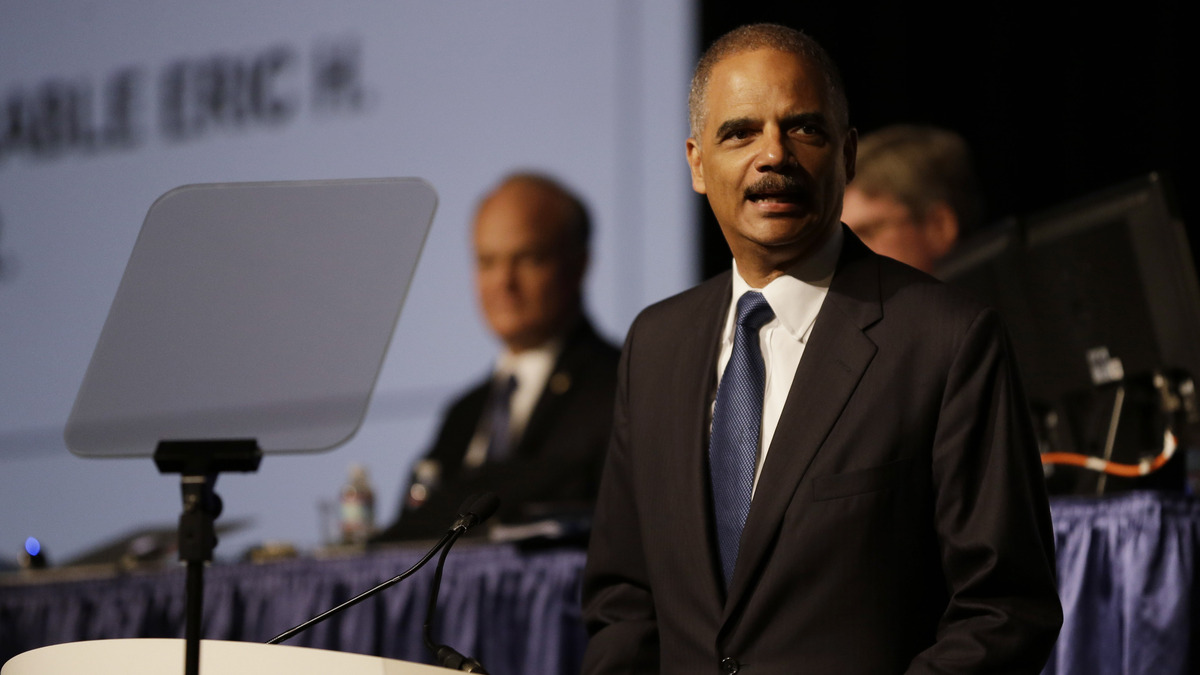 The nation's highest law enforcement official Thursday endorsed the "All Drugs Minus Two" proposal — as it's known by prison sentencing reformers — to change the way drug crime sentences are handed down.

Attorney General Eric Holder backed the concept, which has garnered support from across the political spectrum, in testimony before a commission examining federal prison sentencing guidelines. The proposed changes would lower by two levels current mandatory ranges that judges are obligated to use when sentencing defendants convicted of drug crimes.

"This straightforward adjustment to sentencing ranges – while measured in scope – would nonetheless send a strong message about the fairness of our criminal justice system," Holder testified. "And it would help to rein in federal prison spending while focusing limited resources on the most serious threats to public safety."

The sentencing commission is expected to make its recommendations next month and, if Congress doesn't object, they will be the new standard used by judges as of November.

Under the "drugs minus two" proposal, a defendant convicted of an offense involving 1 kilogram of heroin, for example, would be sentenced under "Level 30" mandatory guidelines, which allow a judge to impose a sentence of between 97 and 121 months.

Current guidelines require that judges impose on such a defendant a sentence under "Level 32" guidelines, requiring a 121 to 151 month incarceration.

"It's still a very long sentence," says Julie Stewart, co-founder of Families Against Mandatory Minimums and longtime advocate for changes in mandatory minimum sentencing. "But it is significant."

On Thursday, before delivering her own testimony to the sentencing committee, Stewart said that Holder's support, coupled with congressional activity on sentencing reform, and President Obama's actions on the issue, has her feeling like she's "living in an alternate universe – but one I'm happy in."

The issue of drug-sentencing reform has been getting historic traction in recent months, as strained federal prison budgets and persistent questions about fairness in sentencing have merged into a movement that has crossed ideological lines. The once third-rail issue, say advocates like Stewart, has gone mainstream.

Prison reform was even on the agenda at last week's Conservative Political Action Conference, where Texas Gov. Rick Perry was among those making the case for reforms. Also at CPAC was The Texas Public Policy Foundation, a libertarian organization that has advocated prison reforms ranging from diverting juvenile and nonviolent offenders from incarceration.

Vikrant Reddy of the foundation's Right on Crime initiative, which focuses on bipartisan efforts to reform state criminal justice policy, testified before the sentencing commission Thursday.

Reddy noted that the federal U.S. prison population has grown by 700 percent since 1980, and now exceeds 215,000. (Data also show that half of those in federal prisons have been convicted of drug-related crimes.)

"Many activists, policymakers, judges, victims' groups, and informed citizens not only welcome the 'All Drugs Minus Two' amendment," he said, "they feel it is long overdue."

"Some will likely say that the amendment is only a first step, and it ought to be the beginning, not the end, of a rethinking of federal sentencing priorities," he said.

Congress, which approved mandatory minimum prison sentences in 1986 when crack-fueled crime besieged big American cities, is working on legislative reforms that have the support of Tea Party Republicans like Rand Paul of Kentucky and liberal Democrats like Richard Durbin of Illinois.

"I've become infamous for my role," says Eric Sterling, who devised the mandatory minimums as counsel to the House Judiciary Committee in the 1980s. "I did a very poor job, and it's a shameful period for me that I was not more effective or skilled, or better informed."

The idea behind the mandatory minimums back then was to give the Justice Department guidance on the kind of criminals Congress wanted it to go after – big traffickers. But that's not how it turned out, Sterling says.

In the years since, he has become an advocate for drug policy and sentencing reform through his role as president of the Criminal Justice Policy Foundation, and as a spokesman for Law Enforcement Against Prohibition, a pro-drug legalization and regulation organization.