Accessibility links
In Politics, Hog Castration Cuts Through The Ad Clutter : It's All Politics When you see an ad like those for Joni Ernst, Senate candidate and ex-hog castrator, you're viewing a message meant to grab voters emotionally, a technique that works better than repetition.

In Politics, Hog Castration Cuts Through The Ad Clutter

In Politics, Hog Castration Cuts Through The Ad Clutter 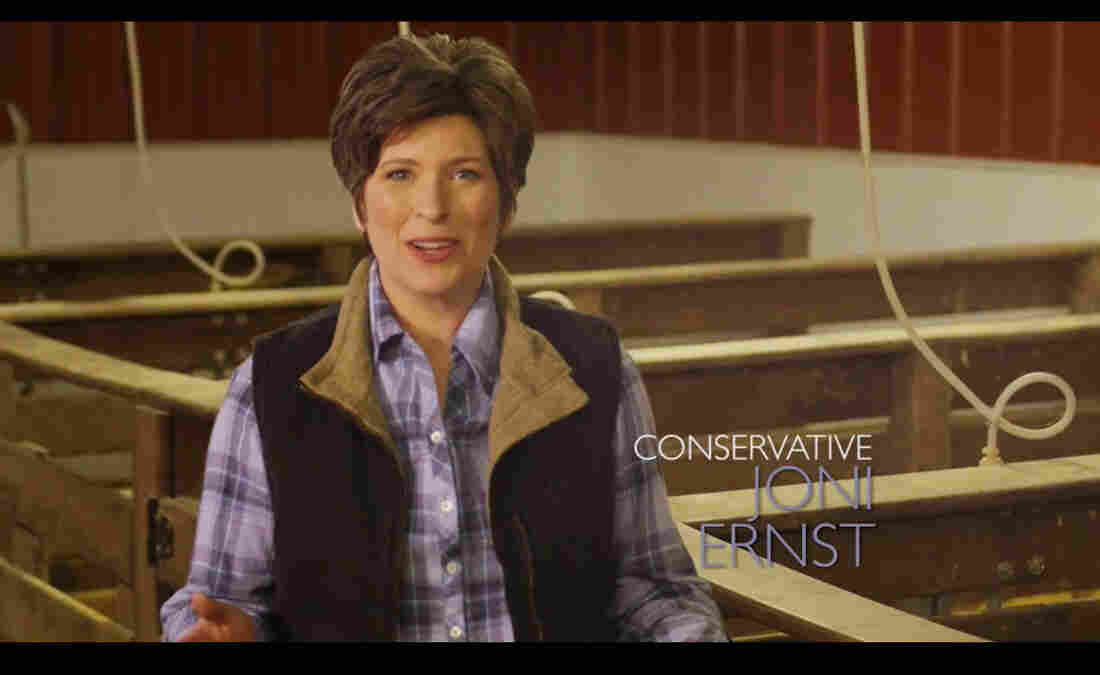 A lot more people now know who Iowa Republican Senate candidate Joni Ernst is, which was the point of the hog-castration line in her campaign ad. YouTube screen shot/Joni Ernst for Senate YouTube channel hide caption 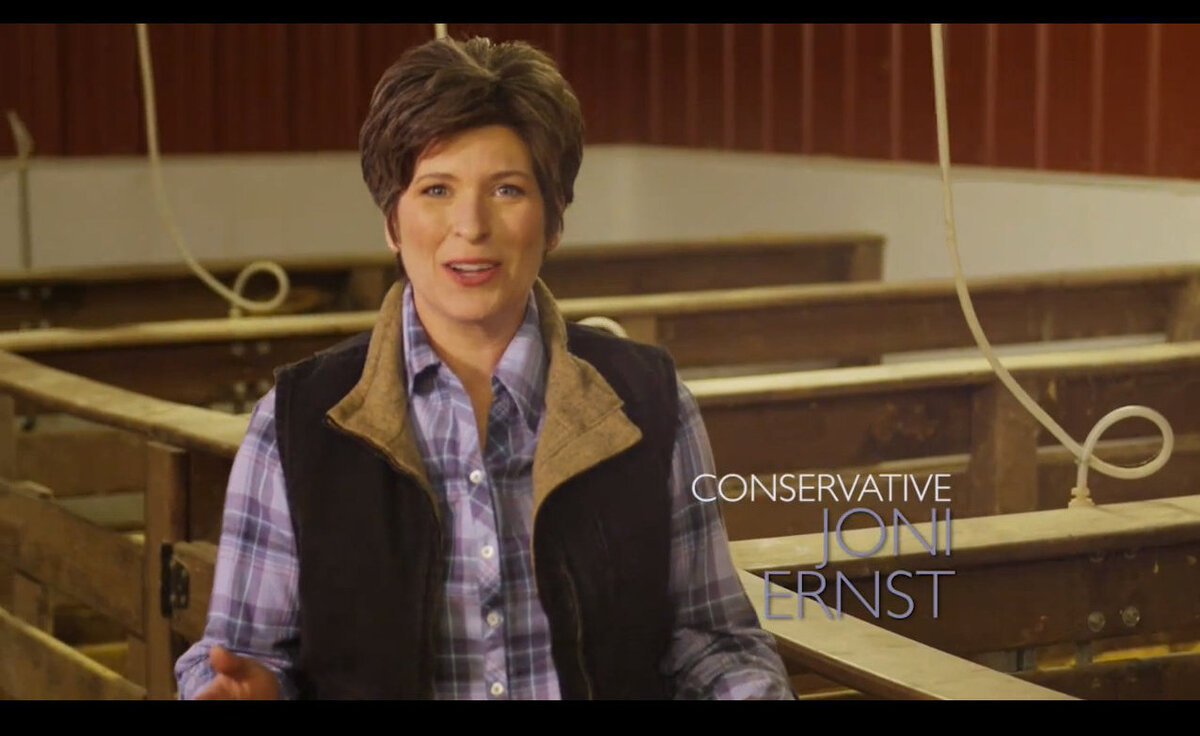 A lot more people now know who Iowa Republican Senate candidate Joni Ernst is, which was the point of the hog-castration line in her campaign ad.

One candidate talks fondly about castrating hogs in her youth and suggests that could be a useful skill in Washington.

Another fires semi-automatic weapons at a 2-foot-high stack of paper representing the Affordable Care Act before feeding it through a wood chipper.

Yet another has a group of crying babies stand in for his opponents.

Of course, it's all about breaking through the media clutter to get a candidate's name into the minds of voters, especially when the candidate is relatively unknown.

Joni Ernst, the castrator, is running for the Iowa Republican Party's U.S. Senate nomination. Brian Donahue, a strategist with Craft Media, says that when you see an ad like Ernst's you're also viewing a message based on political consultants' understanding that emotion resonates more with voters than repetition.

It's that emotional reverberation that sends it viral. "That causes what we call 'the Buzzfeed effect,' " Donahue says, whose firm counts Republican political campaigns among its clients. "It compels you to do more than just shape an opinion. It compels you to share it too. Which is why so many people are seeing an ad like this.

"It did something different and it was so unpredictable," Donahue says. "We had a female candidate running for office and she's talking about castration and relates it to members of Congress, which is pretty unbelievable stuff. But beyond the race she's running, people are sharing it online and that's the effect you want to create. And that's what emotionally, cutting-edge media does. It takes on its own life."

Lori Raad, a consultant whose political-messaging firm, Something Else Strategies, is behind the Ernst ad, said she knew just the word itself was going to get noticed.

"Of course, our goal was for people to watch long enough to learn about Joni Ernst," Raad says. "I wouldn't have guessed that people would've linked to it to this extent, although you always hope."

The Ernst ad works, especially in Iowa, because the state leads the nation in hog production. Also, hog neutering is an authentic part of her biography, reflected by how matter-of-factly she delivers the line. "That word coming out of my mouth? I might have made a funny face when I said that word," Raad says. "It was very natural for her. She grew up doing that. It was not a hard sell."

The Ernst ad has been the butt of ridicule from the likes of Stephen Colbert and Jimmy Fallon, but Raad says all of the free media exposure and attention are what you hope for in a primary, "just to get people's interest."

When the ad was shot at an actual pig farm, her team wasn't sure they would actually use it. But they went with it and wound up with something so unusual, some on Twitter questioned whether the ad was real or another Jimmy Kimmel creation.

Brooke's ad features him taking target practice on a copy of the health care law, which he finally feeds into a wood chipper. Perdue's depicts his primary competitors as crying babies. (The use of video of upset tykes by a political campaign is so emotionally irresistible to most people's psyches that maybe it borders on an unfair matchup, like Russia and Ukraine. How can we resist?)

While you might see some of these and similar ads on TV, the Web is where the real action is. The Internet allows ad-makers to test the boundaries of creativity and taste at much lower financial cost.

As the Ernst ad demonstrates, the Internet even lets campaigns get incredible exposure for a message they spend relatively little money on for TV ad buys. The Iowa Republican blog reports that the Ernst campaign spent just over $7,000 for TV time. (An Ernst campaign spokesman declined to say exactly how much was spent.)

"Coming up with compelling creative and making ads that are sticky to get attention is what advertisers and political consultants are looking for," Donahue said. "Now more than ever they've got the leeway to do it. For a long time, political advertising was very stodgy, predictable and boring... You're seeing a lot of different videos coming out of campaigns that are only going to be online.

"Without time limitations or general broadcast standards, you can serve many different needs with online video that you can't do on TV. The web allows advertisers to produce much more creative video and visual media."