Accessibility links
Congressman's Lament: $174,000 Isn't Enough To Make Ends Meet : It's All Politics Rep. Jim Moran argues that members of Congress are underpaid. His claim has been greeted with derision, but there's evidence the cost of living in D.C. makes it tough for members of modest means. 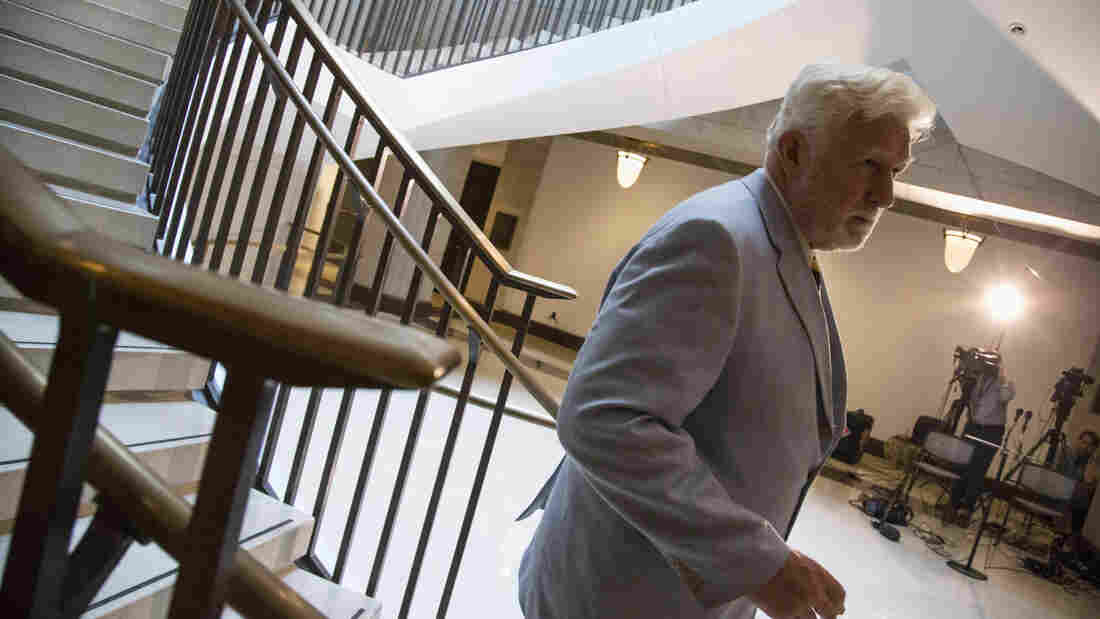 Rep. Jim Moran, D-Va., joins other members of the House of Representatives at a closed-door intelligence briefing on Syria in September. J. Scott Applewhite/AP hide caption 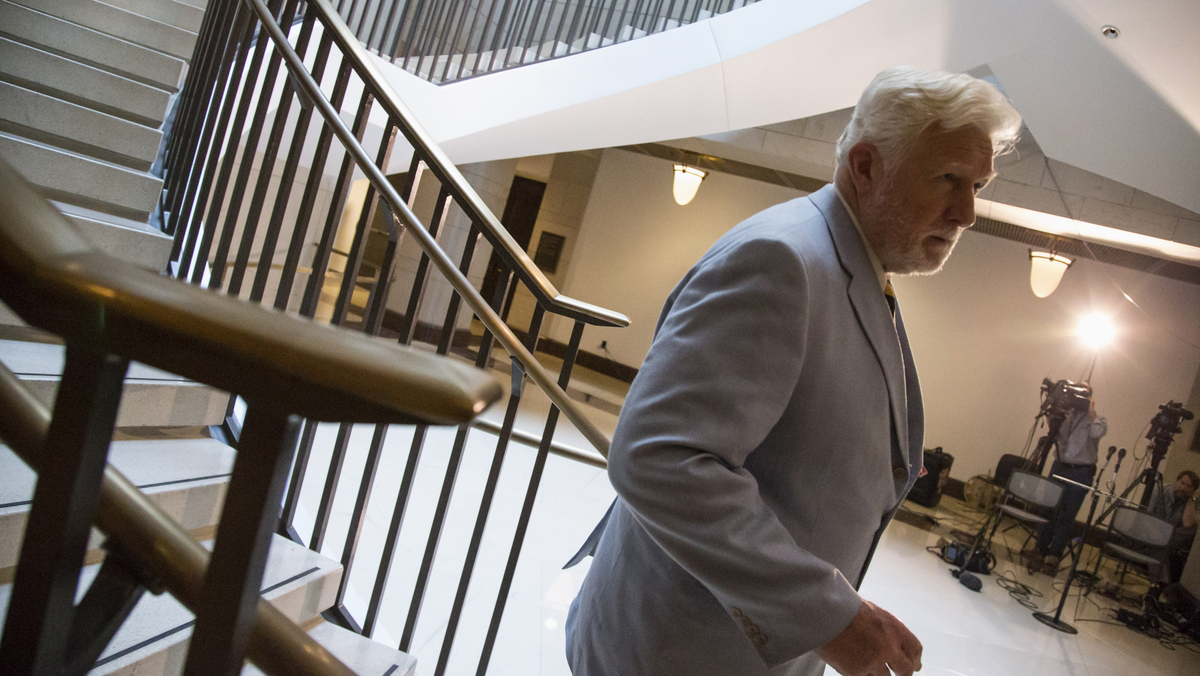 Rep. Jim Moran, D-Va., joins other members of the House of Representatives at a closed-door intelligence briefing on Syria in September.

In what world does an annual salary of $174,000 meet the definition of underpaid?

That would be in the nation's capital, where soon-to-be-retired Rep. Jim Moran, D-Va., said Americans should know that their members of Congress — as the board of directors for the "largest economic entity in the world" — are underpaid.

The longtime congressman made his comments Thursday after the House voted for the sixth straight year to deny members an automatic cost-of-living raise they're entitled to under law.

Not surprisingly, reaction to Moran's assertion was swift and derisive.

"The guy is retiring and has apparently gone Bulworth after getting his pension info," said the liberal Huffington Post, referring to the 1998 movie featuring a politician who goes rogue and speaks without a filter. (With one big difference: Bulworth, played by Warren Beatty, addresses racial and economic divisions, not congressional pay.)

Though Moran's comments may be politically tone deaf given Congress' dismal approval ratings and the fact that the median household income in the U.S. is $51,000, compensation experts like Pete Smith say the guy has a point.

"Politically, he's in a sensitive area," says Smith, who advises corporate and nonprofit clients on designing compensation and benefit packages for executives, "given that there is the perception that members of Congress don't work that hard, and don't do their jobs very well.

"But if you want good people in government, you shouldn't limit yourself to just people who can afford it, because they'll have to find their wealth elsewhere," he says.

The Ethics Reform Act of 1989 allowed for an annual congressional pay adjustment, but it also gave members the authority to prohibit or revise the adjustment. Since 1992, Congress approved its annual adjustment 13 times, and rejected it 11 times.

Data compiled in a February Congressional Research Service report on Capitol Hill salaries showed that, in real dollars, members of Congress have continued to lose ground over the past two decades.

A Moran staffer who asked to speak on background Friday said that his boss is "not looking at a raise, but more at housing assistance, similar to what other federal employees get."

He noted that Moran's proposal "wouldn't apply to him" because he'll retire at the end of the year and because his primary home is in suburban Virginia — an easy (depending on traffic) commute from the U.S. Capitol.

Smith, the Washington-based compensation consultant, says that while $174,000 sounds like a lot and "isn't a bad level of pay," for leadership-level positions "it seems low by today's standards — both in the for-profit and nonprofit worlds."

Smith says that he believes there is a strong argument for devising a better system, unhooked from politics, to determine congressional pay.

Moran's comment no doubt resonated with members of Congress of a certain class — those without the financial means to maintain their district homes and absorb the high rental and housing costs in Washington.

More than a few sleep in their offices; many also share rentals.

The cost of renting an apartment or home in Washington can be eye-popping for members arriving from just about anywhere but San Francisco or New York City.

Take a look at Akron, Ohio, for example, in the district represented by Democratic Rep. Tim Ryan. The average monthly apartment rental in Akron is $779; in Washington that same apartment would rent for $2,042 a month, according to cost of living calculators.

"Housing stipends are not unusual," says Smith. "And that would be not a bad way to politically create more income without making the salary look that high."

So while Moran's lament may inspire some sniggers, especially considering many of the other perks of office, his comments no doubt resonated with colleagues spending another weekday night on their office couch — but who would never consider voting for a pay increase in the current environment.