Accessibility links
Study: States Did Better Job Running Elections In 2012 : It's All Politics Most states improved improved their election performance between 2008 and 2012, with overall wait times at polling stations decreasing in many places. 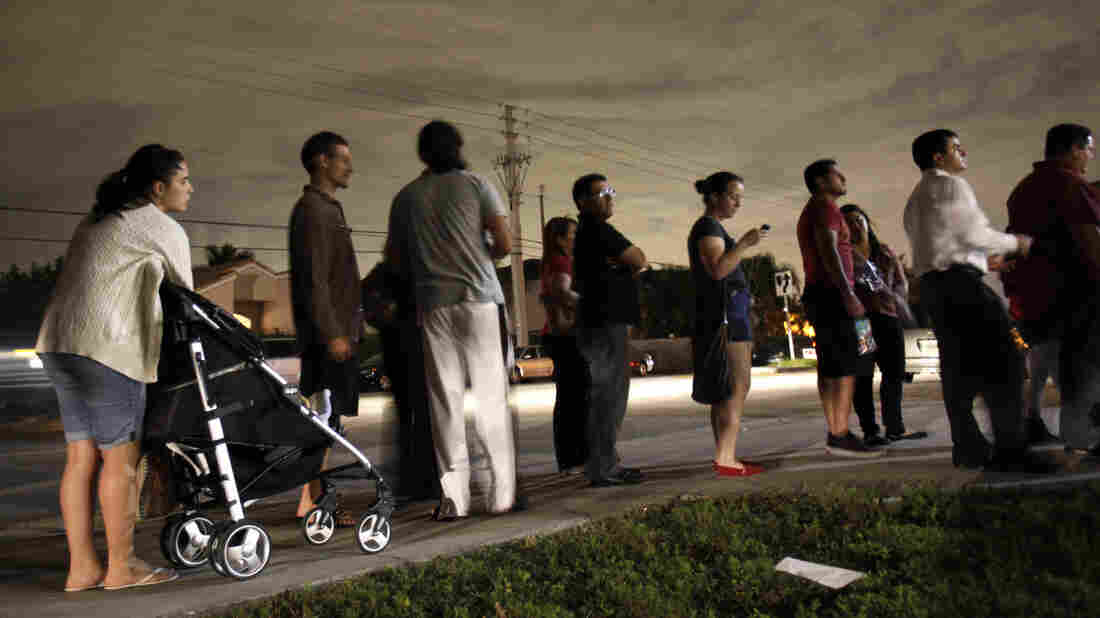 Voters line up in the dark to cast their ballots at a polling station on Nov. 6, 2012 in Miami, Fla. Wilfredo Lee/AP hide caption 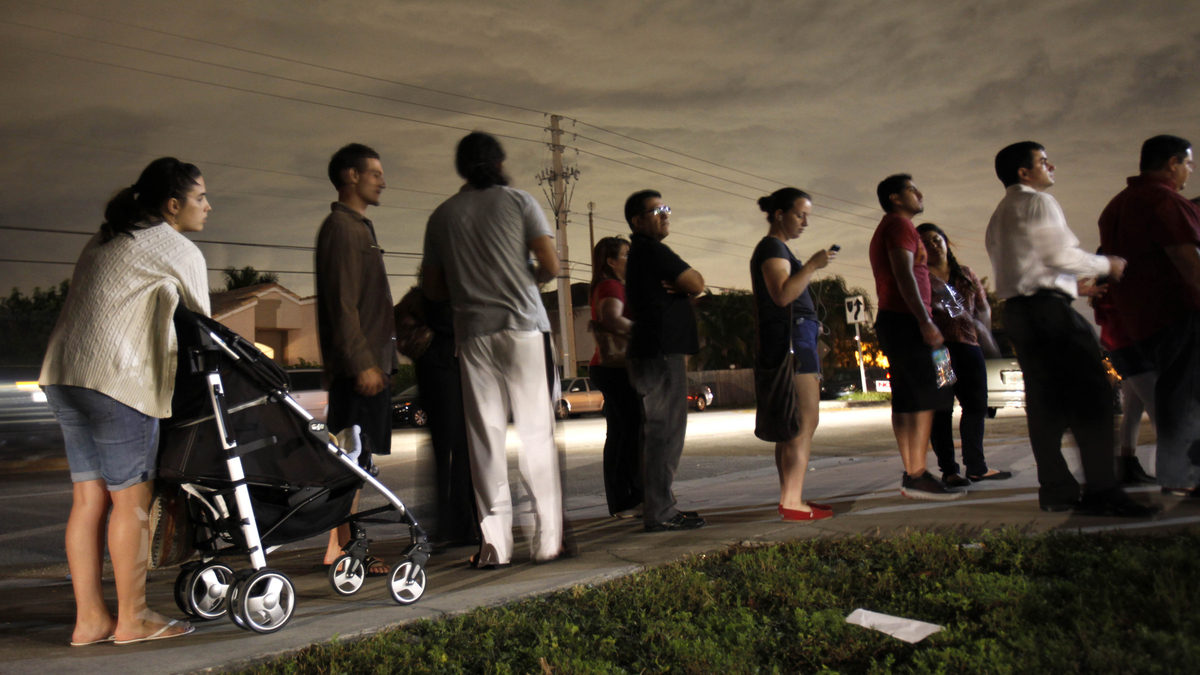 Voters line up in the dark to cast their ballots at a polling station on Nov. 6, 2012 in Miami, Fla.

For all the criticism about long lines and other Election Day snafus, most states actually improved the way they handled elections between 2008 and 2012, according to a new study from the Pew Charitable Trusts.

The report found that, overall, wait times at polling stations decreased by about three minutes over 2008, and 40 states and the District of Columbia improved their "election performance index" scores, which Pew calculated from 17 indicators that make up the index.

Pew analyzed state election administration by looking at factors such as the availability of voting tools online, voter turnout, wait times at polling stations and problems with registration or absentee ballots.

Of the 10 states with the longest average wait times, eight of them were in the South — including Florida, which had the longest wait time in the nation in 2012 at 45 minutes.

Although voter turnout was lower in 2012 than in 2008, fewer people who did not vote said they were deterred from voting by illness, disability, or problems with registration or absentee ballots.

"States are pioneering innovations that make a real difference in the efficiency and accuracy of their elections operations while also saving money," said Pew's David Becker, in a statement.

He told NPR that a growing number of states allow online voter registration and use technology to make voting more efficient. There are currently 17 states that offer voters the opportunity to register online — 13 states offered online registration before the 2012 election and four states have added it since then.