Accessibility links
Bloomberg Seeks To Alter Gun Debate With $50 Million, And Moms : It's All Politics Former New York Mayor Michael Bloomberg is committing more of his considerable fortune to getting gun safety laws passed. The initiative will support a grass-roots effort that seeks to enlist women. 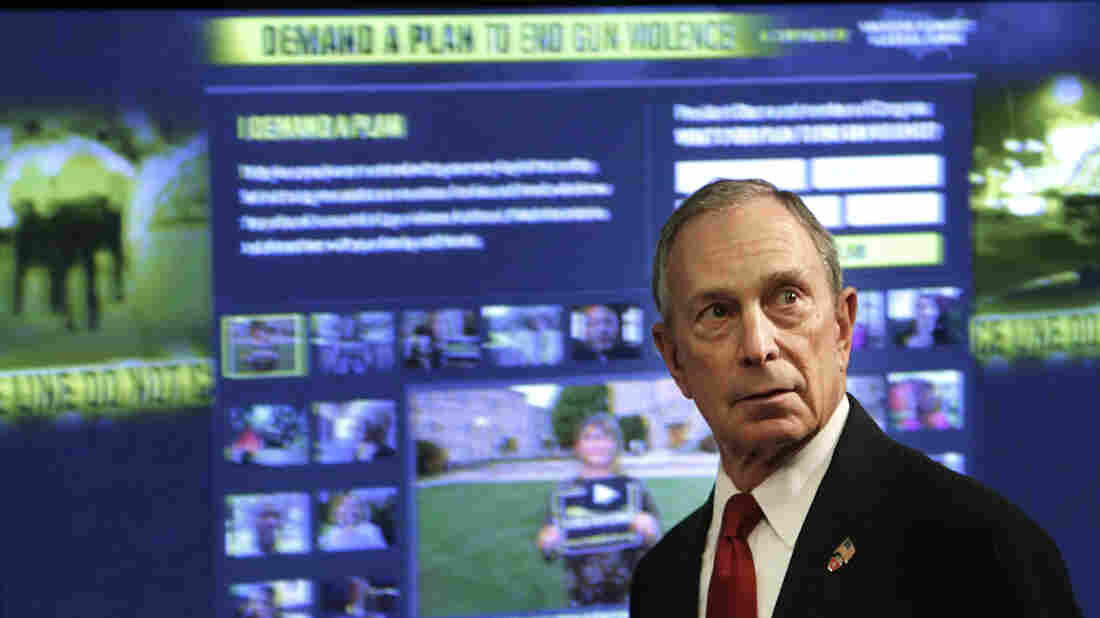 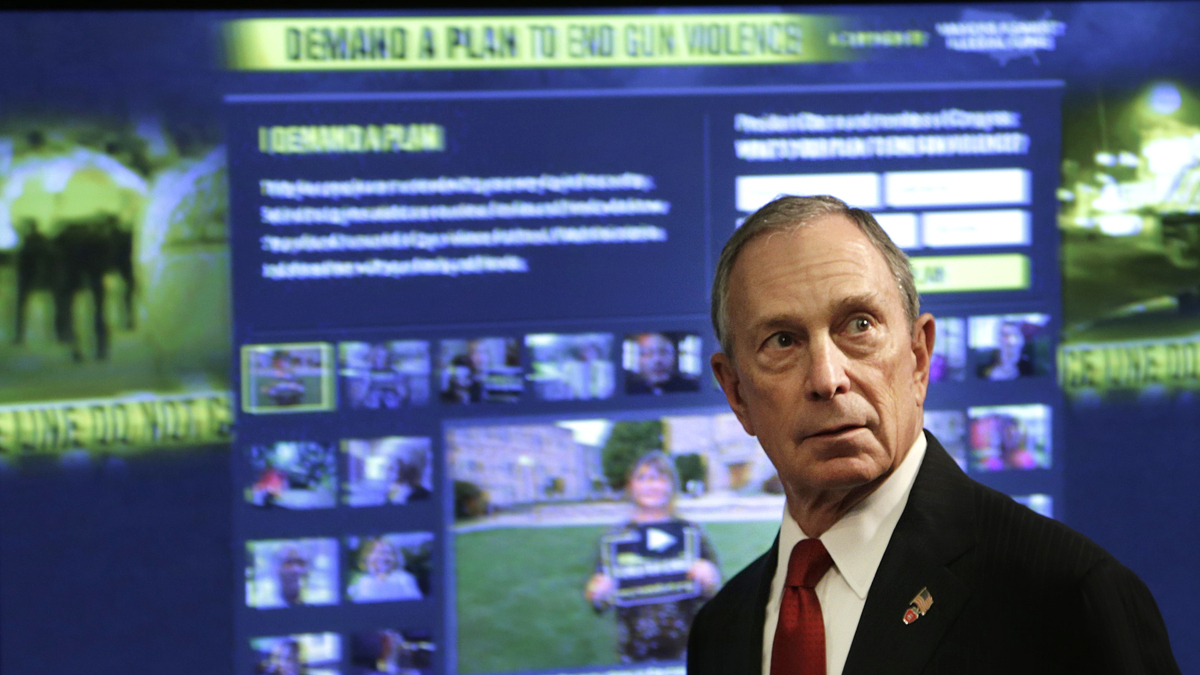 The commitment, the former New York City mayor says, aims to beat back the profound political influence of the National Rifle Association in 15 targeted states — to "make them afraid of us," he told NBC's Today show.

"This is what the American public wants," Bloomberg said, referring to his group's intended focus on gun-purchase background checks.

But Bloomberg and his ally in this new initiative, Moms Demand Action for Gun Sense in America, have so far fallen short of overpowering the NRA, and Bloomberg's critics have argued his efforts aren't worth the money.

Since Newtown, a dozen state legislatures have passed stricter gun safety laws, but twice as many have loosened restrictions. Two Colorado legislators who supported that state's new gun control legislation were removed from office in a recall election viewed as a proxy war between the NRA and Bloomberg. (A third legislator facing recall resigned.)

And in the dozen-plus years that have passed since hundreds of thousands of gun safety activists participated in the Million Mom March on Washington in 2000, that momcentric effort has largely fizzled.

What suggests that Bloomberg, whose Mayors Against Illegal Guns has joined with Moms Demand Action to form the new group, will see a better result?

"Politically, this looks very similar to the past, when there is an impulse for change that falters," says Robert Spitzer, who has written extensively on gun politics, including the 2012 Encyclopedia of Gun Policy and Gun Rights.

The difference now, Spitzer says, is that "there are substantial, high-visibility, well-funded groups that didn't exist previously." Those groups include Bloomberg's and the political action committee created by former Rep. Gabrielle Giffords, D-Ariz., and her husband. Giffords was seriously injured in early 2011 in a mass shooting that killed six people.

Her PAC, Americans for Responsible Solutions, reported raising $2.5 million the first three months of this year, has $7.7 million on hand, and has raised $14.5 million since its creation last year.

Bloomberg insisted Wednesday that he's not undertaking a "battle of dollars" with the NRA, which in the 2012 campaign cycle spent about $20 million. But the claim seemed more than a bit disingenuous.

"I think he has a very unhealthy fascination with firearms, and how this inanimate object is a threat to everyone in the world," she says. "He lives in a state where people are in food lines with not enough to eat, who are jobless — why doesn't he focus on them? Or on criminals running through his streets, destroying homes, families, businesses?"

Coffey says her major concern with gun-purchase background checks is proposals that would put mental health records into a national database. She predicts that first responders who have sought counseling because of job stresses would be targeted, as would those who have been treated for depression.

"Mental illness is not a crime," Coffey says.

At the California-based Law Center to Prevent Gun Violence, however, Executive Director Robyn Thomas hailed the mayor's investment — and his potential future contributions — as something that will give state legislators courage to pursue gun safety efforts.

"One of the challenges in getting smart laws even considered has been the NRA's money and influence in the political arena," she said. "This investment and this commitment neutralizes some of that.

"Unlike the Million Mom March, having really organized, effective grass-roots efforts in conjunction with the money — that combination has the potential to be incredibly effective."

The grass-roots appeal to women remains a powerful tool, though, political scientist Spitzer says. The focus on women — and mothers in particular — makes demographic sense, he says. Gun control is one of those gender gap issues: Not only do a higher percentage of women support expanding gun safety laws but women also are more likely to believe that gun crime is worse than statistics show.

"In many ways, this is about emotion," Shannon Watts, founder of Moms Demand Action, said on Today. "We're going to go out and educate moms and women and Americans."

With that mantra, plus money, can Bloomberg be a gun law game changer?

"The jury's out," Spitzer says.