Pennsylvania Congresswoman Goes All In For Obamacare

Pennsylvania Congresswoman Goes All In For Obamacare 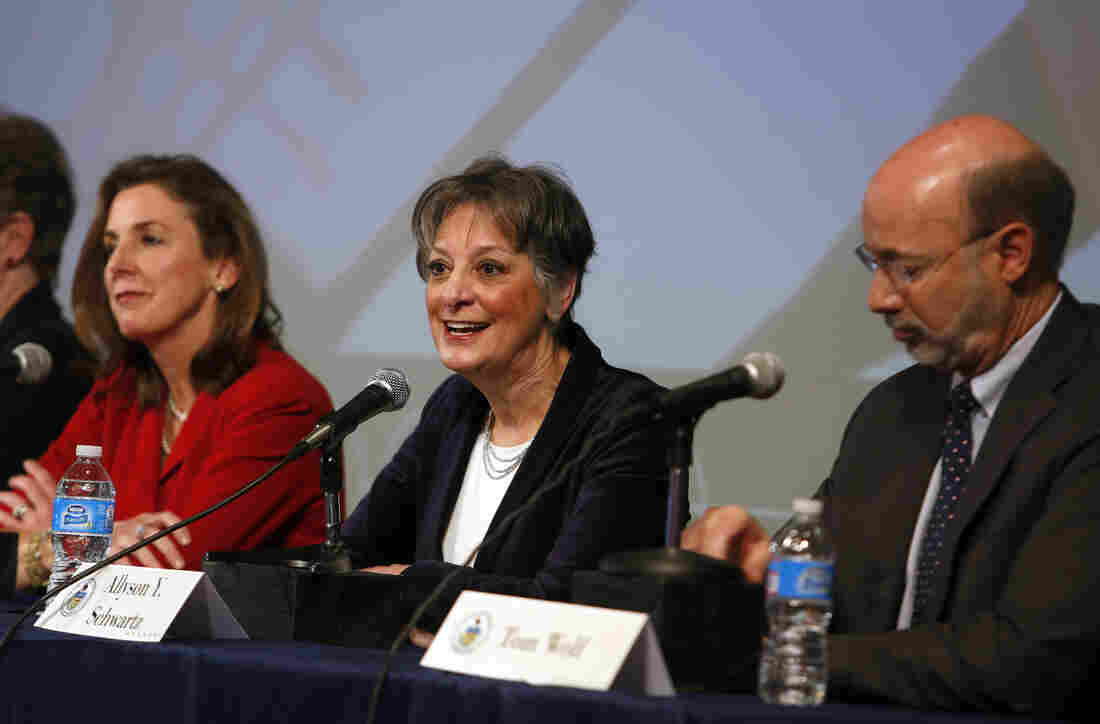 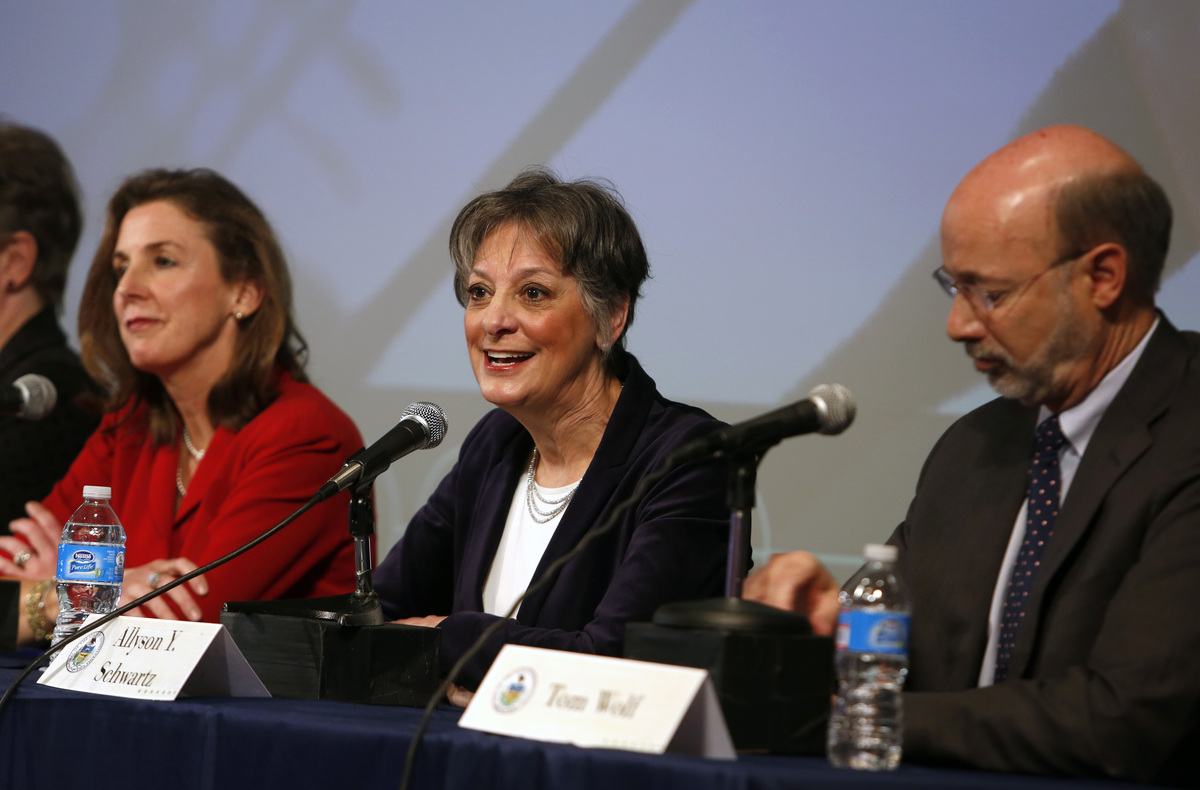 Now that Allyson Schwartz has become perhaps the first Democratic candidate to warmly embrace the Affordable Care Act in a 2014 campaign ad, will other Democrats in statewide races follow suit?

Schwartz, a Pennsylvania congresswoman who is running for governor, has some unique circumstances that account for the ad. For one, she has a huge amount of ground to make up right now in the Democratic primary.

Recent polls have Schwartz badly trailing businessman Tom Wolf, who's leading the field. A Franklin and Marshall College poll in March, for instance, put Wolf's support at 33 percent and Schwartz's at 7 percent among Democrats. The poll had a huge number of undecided voters, 46 percent.

So Schwartz badly needs a game changer if she is to persuade more Democrats to give her a look — especially that large bloc of undecided voters. Schwartz has evidently decided that going all-in on health care is her best chance to gain some much needed momentum before the May 20 Democratic primary.

Schwartz appears to be betting that Wolf's businessman's instincts will make him unwilling to wrap himself in the ACA the way she has. In a Wednesday teleconference with reporters she said upwards of a dozen times that she was "proud" of her work with President Obama and in Congress to get the health legislation passed.

"I'm proud of it. And I believe the other Democrats in this race should also speak up and talk about their pride in this law. I'm talking about Tom Wolf and others in this race to be very clear about their willingness to express their pride in this law and their understanding and their commitment to implementing the full breadth of this law to benefit Pennsylvanians."

She then accused Wolf of being too muted and "vague" when he's been asked about his support for the ACA.

"I believe very firmly that I'm the only one in this race who's willing to express both pride in this law and willingness and understanding to make it work for Pennsylvanians."

Not unexpectedly, Wolf's campaign pushed back against Schwartz's questioning of the Democratic front-runner's support for the ACA. "Tom's record in support of the Affordable Care Act has been clear and unambiguous," said spokesman Mark Nicastre in a statement emailed to It's All Politics. "Tom Wolf would expand Medicaid, institute a state level exchange, and work toward universal, quality access to health care for Pennsylvanians. It's unfortunate and disappointing that Allyson Schwartz would play politics on this given her own record of zig zagging."

If ever a candidate needed an ad that would help her garner significantly more attention than she's been getting, it's Schwartz.

Schwartz and the other Democrats actually share the same position on the merits of expanding Pennsylvania's Medicaid coverage under the health law to extend insurance to 500,000 more people in the state.

Republican Gov. Tom Corbett, who may be the nation's most endangered incumbent governor because of perilously low approval ratings, has refused to expand Medicaid under the ACA. He also declined to set up a state health exchange, leaving it to the federal government to do so.

The point Schwartz is attempting to make, then, is not so much that Wolf and the other Democrats don't support the health law since they all do. Rather, she's contrasting intensity levels. She's got it and they don't, is her argument.

Schwartz is also taking President Obama's advice on how to handle the ACA during 2014 races. He has urged them to take ownership of the law. And Schwartz is letting it be known the legislation has her fingerprints on it.

As a Democratic House member in 2010, she voted for the health law's passage. That added to her lengthy record on health issues as a federal and state legislator — which included a seat on the House Ways and Means Committee when it considered the health bill. She's the only one of the four Democrats running for the gubernatorial nomination in Pennsylvania who can say she was there at the health law's creation.

Waving the ACA flag in the ad has certainly gotten Schwartz more media attention than she was getting beforehand in and beyond Pennsylvania.

That's partly because she's the first Democrat running statewide to speak so unabashedly in support of it. Her ad has a certain novelty coming amid ads from other Democrats that have been critical of the law.

The embrace could help her win over some Pennsylvania Democrats who might prefer a Democrat who supports the law unequivocally versus one who's more cautious.

Her ACA positioning could very well be a problem in the general election — but Corbett's approval ratings are so low that Schwartz would have less to fear from the issue than in a more typical election.

Of course, the circumstances in Pennsylvania are fairly unique — and the health care law remains more unpopular than popular in many parts of the country. Which is why we're unlikely to see very many — if any — other Democrats in statewide races follow Schwartz's lead.

(This post was updated at 4:38 pm ET to add a response from Tom Wolf's campaign.)